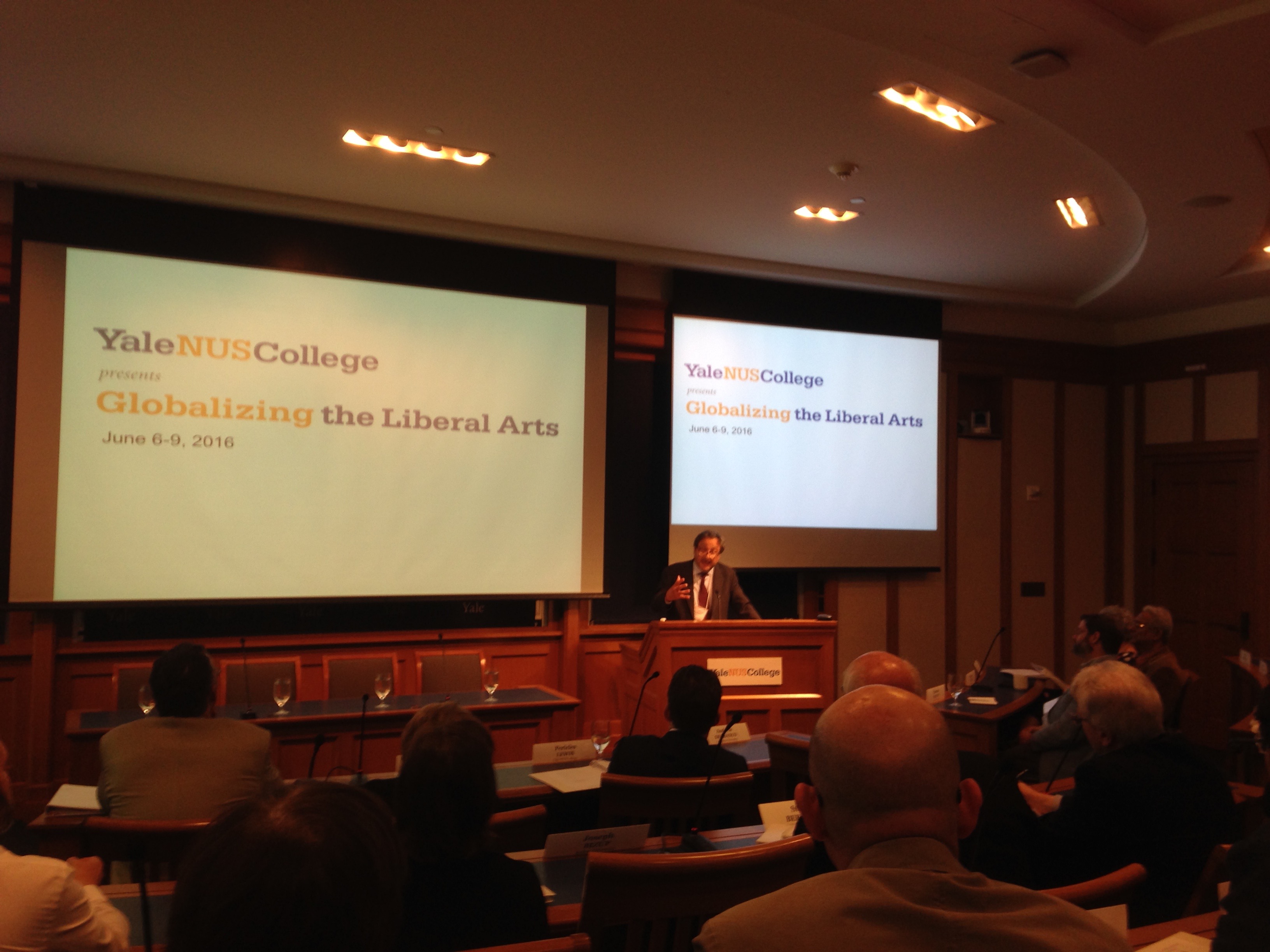 On June 6-7, we had our Yale-NUS Symposium on Globalizing the Liberal Arts at Yale University. The event included talks from a number of leaders in higher education today – and was a major project for me over the past two years. I was able to help Yale-NUS College get funding from the Teagle and Luce Foundations for the conference, and worked closely with the Yale-NUS College President, Pericles Lewis, and the Yale-NUS College Dean, Charles Bailyn, to design the sessions and program. Jenifer Raver and Kel Ginsberg did the hard work of bundling together the documents and program and organizing the logistics. In the end the event turned out wonderfully and I am very grateful to all for their hard work on the project!

The symposium, on June 6–7, included keynote presentations by:

More information can be found on our web site at this location: http://gla.yale-nus.edu.sg/.

The meeting opened with remarks from Jonathan Hollaway, Dean of Yale College, and Pericles Lewis, the President of Yale-NUS College. Then Andy Delbanco gave a very interesting talk to open the Symposium and discussed many of the broad goals of a liberal arts education, which includes “developing the capacity to think in informed ways about the enduring questions for our life.” He noted that most of the biggest questions cut across disciplines and need to draw deeply from liberal arts and humanities. Within his talk he also noted the need for reflection which he called the “gift of interval” as central for developing thoughtful students. Another interesting point was that a common curriculum can help provide a leveling effect and perhaps lessen the discord which is so prevalent on American campuses these days.

Panel discussions featured Yale-NUS and Yale faculty who developed the Yale-NUS Curriculum, discussing both the prospective and retrospective views of the project. My talk was on the second day and featured a view of how differently the Yale-NUS College looked when we were writing our Curriculum Document in 2013, and now after three years of implementation. I made a point that TS Eliot points out that “between the idea and the reality.. falls the shadow” – but also that Goethe pointed out that “There is a strong shadow where there is much light.”  In our case, I think the curriculum we designed was innovative, creative and exciting. But it is also vital to recognize that students need to be involved in discussing this curriculum, and as it turned out have been close collaborators as we have assessed and improved the curriculum. We were surprised at how our teaching teams became like research groups in educational innovating, making Yale-NUS College more like a laboratory of innovation than an experiment. Each of the courses itself is an experiment with a team of educators united in their interest in making the curriculum succeed and to advance the learning of our students. This common interest has transcended disciplinary differences and created a really unique environment at Yale-NUS.

The Symposium included further talks by Bill Deresiewicz, Carol Schneider, Cappy Hill, and Michael Roth. All of the speeches were excellent and thought provoking. Several interesting books were recommended – including The Paradoxes of Education in a Republic, by St. Johns professor  Eva Brann (https://www.amazon.com/Paradoxes-Education-Republic-Eva-Brann/dp/0226071367), Universities Inc. (https://www.amazon.com/University-Inc-Corporate-Corruption-Education/dp/0465090516/), and A Crucible Moment: College Learning and Democracy’s Future (https://www.aacu.org/crucible). A very memorable event, and our group included over 80 participants from more than 30 universities and colleges! 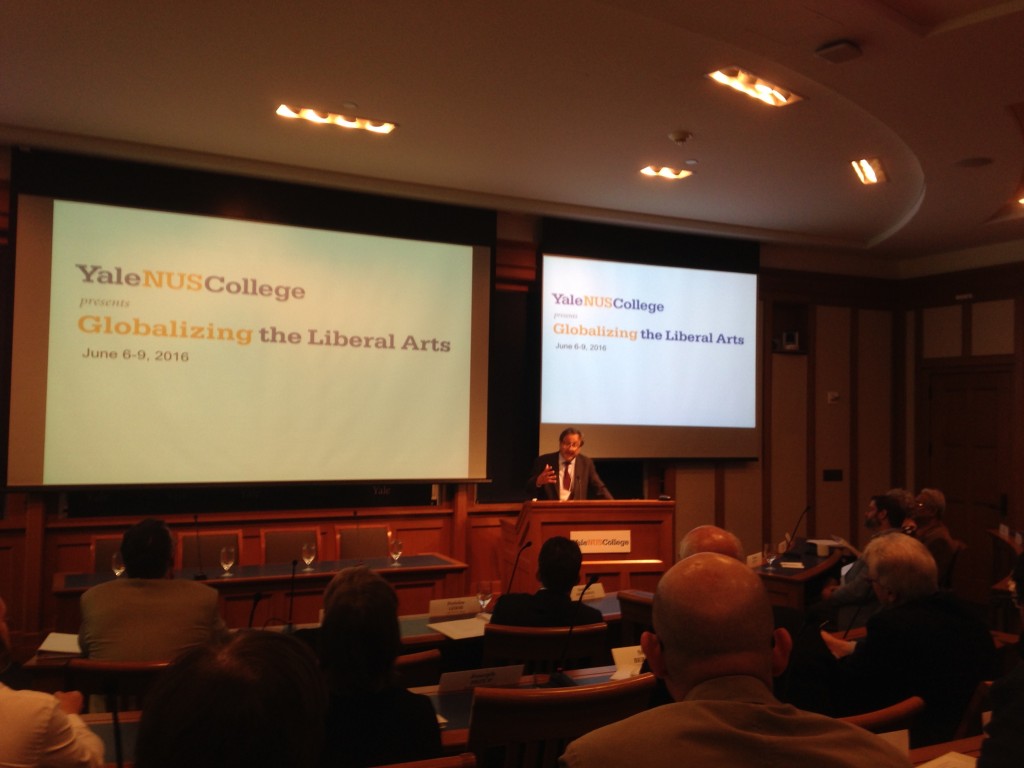 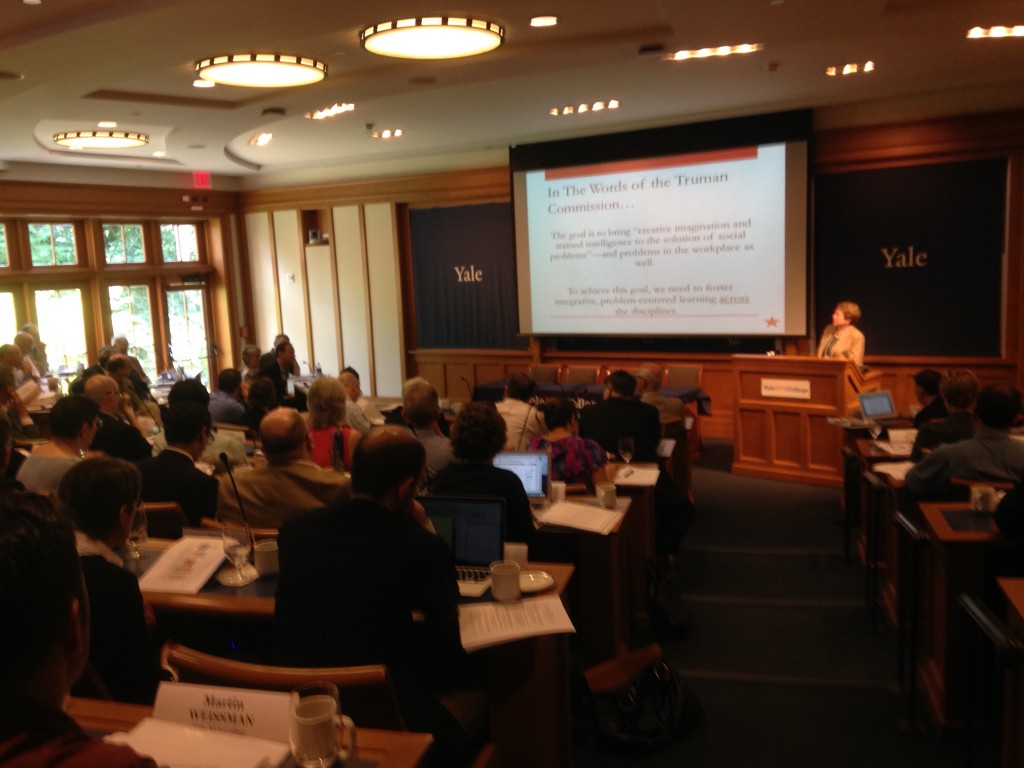 Carol Schneider, President of the American Association of Colleges and Universities, gives her talk outlining some of the history of liberal arts within the US. 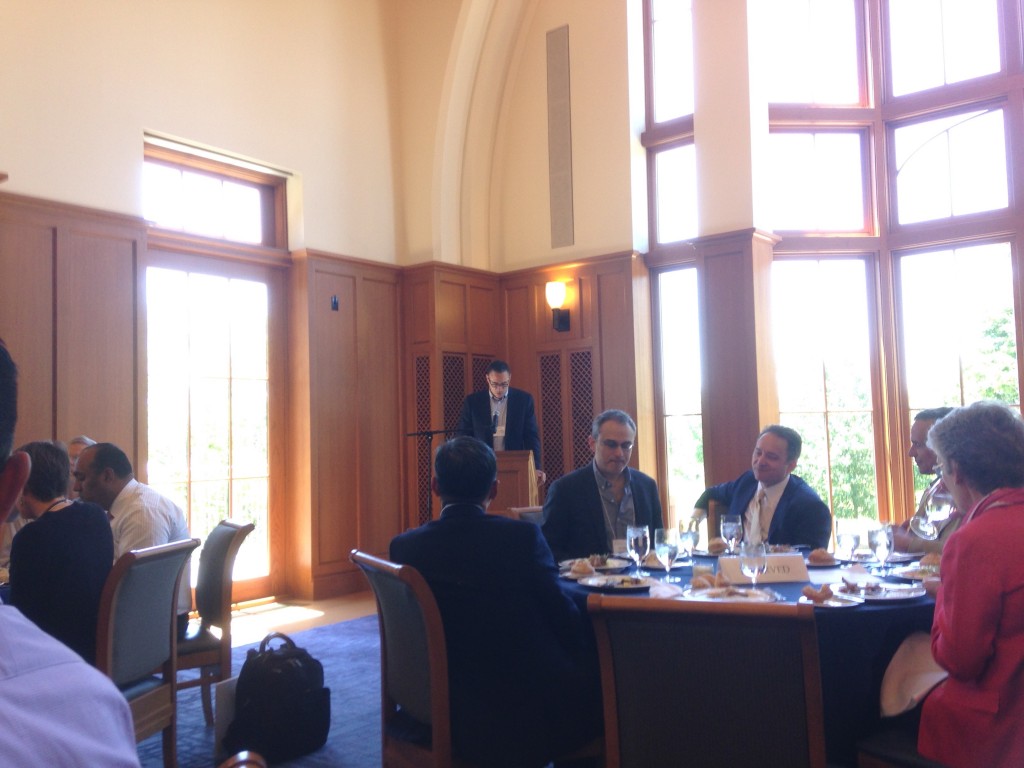 Jonathan Hollaway, Dean of Yale College, gives a welcoming address over lunch at the Symposium

And here are some shots of the beautiful Yale University campus, known affectionately at Yale-NUS College as the “mother ship!” It is really a beautiful place, and inspires high-minded thoughts and serenity. 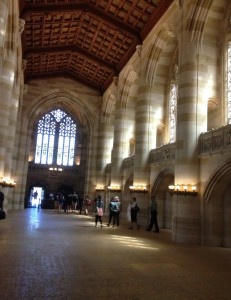 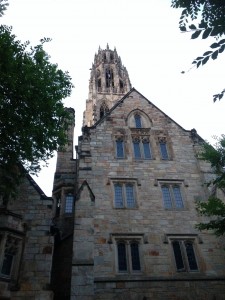 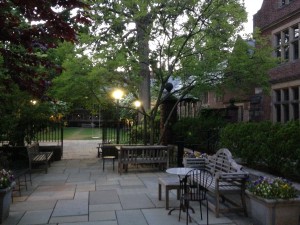 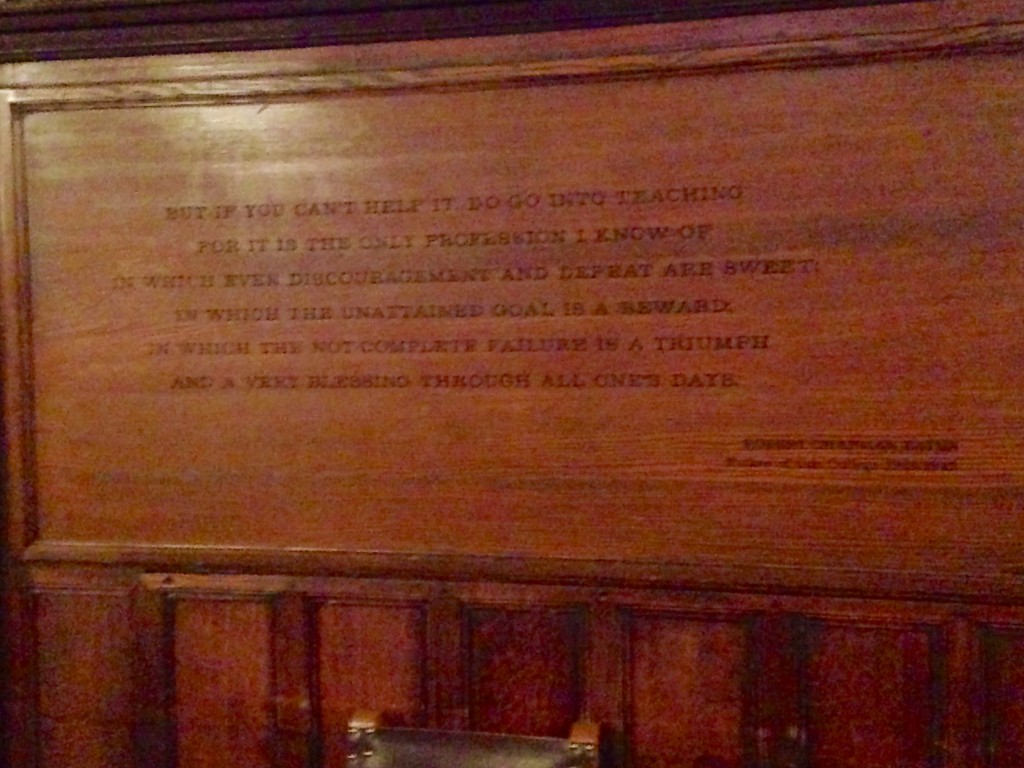