Dr. Bryan Penprase is currently at Soka University of America in the capacity as Vice President for Sponsored Research and External Academic Relations. In this role, his work is to foster externally funded projects that will help SUA’s faculty expand their research and scholarship and also enable SUA as an institution to more fully realise many of its strategic priorities.  Bryan is also working to expand connections between SUA and regional and peer institutions, to enable SUA to have more academic collaborations and partnerships as it expands and becomes more recognised as a world leader in global liberal arts and as it defines and builds on its mission for fostering global citizenship. 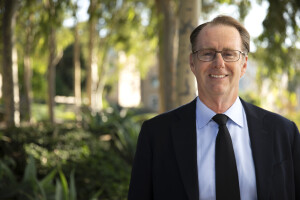 Previously he served at SUA as the Dean of Faculty from 2017 to 2020. As Dean of Faculty, Bryan worked with SUA faculty to help develop a new interdisciplinary Life Sciences program, developed new programs for incentivising faculty research, worked to improve teaching at SUA, helped SUA connect with peer liberal arts institutions, and improved Soka’s unique Core and GE curriculum. At SUA developed the 2018 Globalised Liberal Arts conference, co-organized by SUA, Pomona College, Carleton College, Middlebury College, and  Yale University. He also created a Science Advisory Board to advise SUA on its new Life Sciences curriculum, and worked with faculty and administration to develop a new Fellowship advising program, a new CPT program, an accelerated MA degree program with CGU, a new Faculty Merit program, a Teaching Innovation Grant program, more inclusive practices in search committees, and also led the transition to online instruction with new training programs for faculty in Spring of 2020. One of the best parts of being Dean was the opportunity to help recruit 9 excellent new tenure-track faculty to SUA in fields ranging from Studio Art, Writing, Biochemistry, Sociology, French, Mathematics, Molecular and Cellular Biology, and Biology it is wonderful to be able help bring these amazing professors to the SUA academic community. 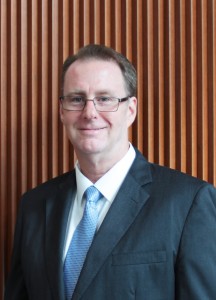 Dr. Penprase at Yale-NUS College in 2016

Bryan was previously a Professor of Science at Yale-NUS College, and prior to that was the Frank P. Brackett Professor of Astronomy at Pomona College, where he taught for 20 years, and served as the Physics and Astronomy department chair from 2007-2010. At Yale-NUS College he was the founding Director of the Yale-NUS College Teaching and Learning Center, and advised the Yale-NUS President and Dean of Faculty on policies related to teaching and learning at Yale-NUS College, as well as for the promotion of global liberal arts curriculum. During 2012-13, Bryan was awarded an American Council on Education (ACE) fellowship at Yale University, where he advised Yale’s president on STEM education, online learning and diversity initiatives, as well as co-authored the planning document for the Yale-NUS College curriculum. He also served on the Yale Summer Bridge Program Advisory Committee, and developed a conference on “The Future of Liberal Arts in India” at the RRI Bangalore campus in January 2014.  This conference series has continued, with additional meetings in New Delhi in 2015, and in Pune in 2016. In 2016, Bryan was inducted into the National University of Singapore Teaching Academy, which advises the university on matters related to teaching and learning, faculty development and the Scholarship of Teaching and Learning. His most recent book is STEM Education for the 21st Century (2020, Springer), which discusses the latest developments in STEM education based on his work in Claremont, New Haven, Singapore and most recently Soka University.

Bryan received both a BS in Physics and an MS in Applied Physics from Stanford University in 1985, and a PhD from the University of Chicago in Astronomy and Astrophysics in 1992. He was a National Research Council NRC Postdoctoral Fellow at Caltech, and has held numerous fellowship and research appointments, including an ASEE fellow at NASA/JPL, a visiting Downing Fellow at Cambridge University and a Visiting Associate appointment at the California Institute of Technology.  Bryan was a professor at Pomona College between 1993 and 2016, and was awarded the Frank P. Brackett Professorship in 2007. At Pomona, he served in numerous leadership roles, including Chair of the Physics and Astronomy Department from 2007 until 2011, member of the Pomona College Executive Committee, chair of the Teaching and Learning Committee, and Division Director for the Pomona College Science Division.

Bryan’s research includes nearly all aspects of observational astrophysics, from photometric observations of nearby asteroids to spectroscopic studies of element formation in the Early Universe, using telescopes such as the Hubble Space Telescope and the Keck Telescope in Hawaii. He is the author of The Power of Stars – How Celestial Observations Have Shaped Civilization, published by Springer, Inc. (Second edition – 2017), and has authored or co-authored over 56 peer-reviewed articles, most recently in the Astrophysical Journal and the Astronomical Journal, but also in Nature and Science. He has served on numerous NSF and NASA review panels, including the Hubble Space Telescope Time Allocation Committee and the NASA/Keck Time Allocation Committee, and has participated in the external review of the Five College Astronomy Program.

Bryan’s courses include interdisciplinary astronomy courses such as the Soka University course entitled “Earth’s Cosmic Context” which explores the Earth as a planet and its relation and comparison to other planets in our solar system and in neighboring solar systems, as well as the Sun’s position in our Milky Way galaxy within the expanding universe. He also co-developed the Yale-NUS Core curriculum course Foundations of Science, which enabled the Yale-NUS College students explore disciplinary case studies in science in an authentic learning environment that included active learning and exposure to cutting-edge science. He has developed courses such as “Archaeoastronomy and World Cosmology,” and “Earth’s Cosmic Origins,” which blend astronomy, anthropology, environmental science, history and geology. He also has taught across the entire curriculum of physics, and astronomy and astrophysics. 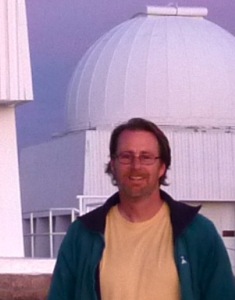 Bryan is married to Bidushi Bhattacharya, and has two daughters, Shanti (a recent graduate of Carleton College) and Asha (who is currently a senior at Carleton!). He is an avid outdoorsman, and loves bicycling, swimming, kayaking and backpacking, as well as SCUBA diving.

Penprase, B.E., STEM Education for the 21st Century, published by Springer, Inc., 2020. Link to Amazon site for the book – https://www.amazon.com/STEM-Education-21st-Century-Springerbriefs/dp/3030416321.
Penprase, B.E., The Power of Stars – How Celestial Observations Have Shaped Civilization, published by Springer Inc.; first edition 2020, second edition 2017. Link to Amazon site for the book – https://www.amazon.com/Power-Stars-Bryan-Penprase/dp/3319525956/.
Co-author of the Yale-NUS College curriculum report, which gives a rationale for the common curriculum and describes the benefits of the new residential liberal arts college in Asia. The report is available here.