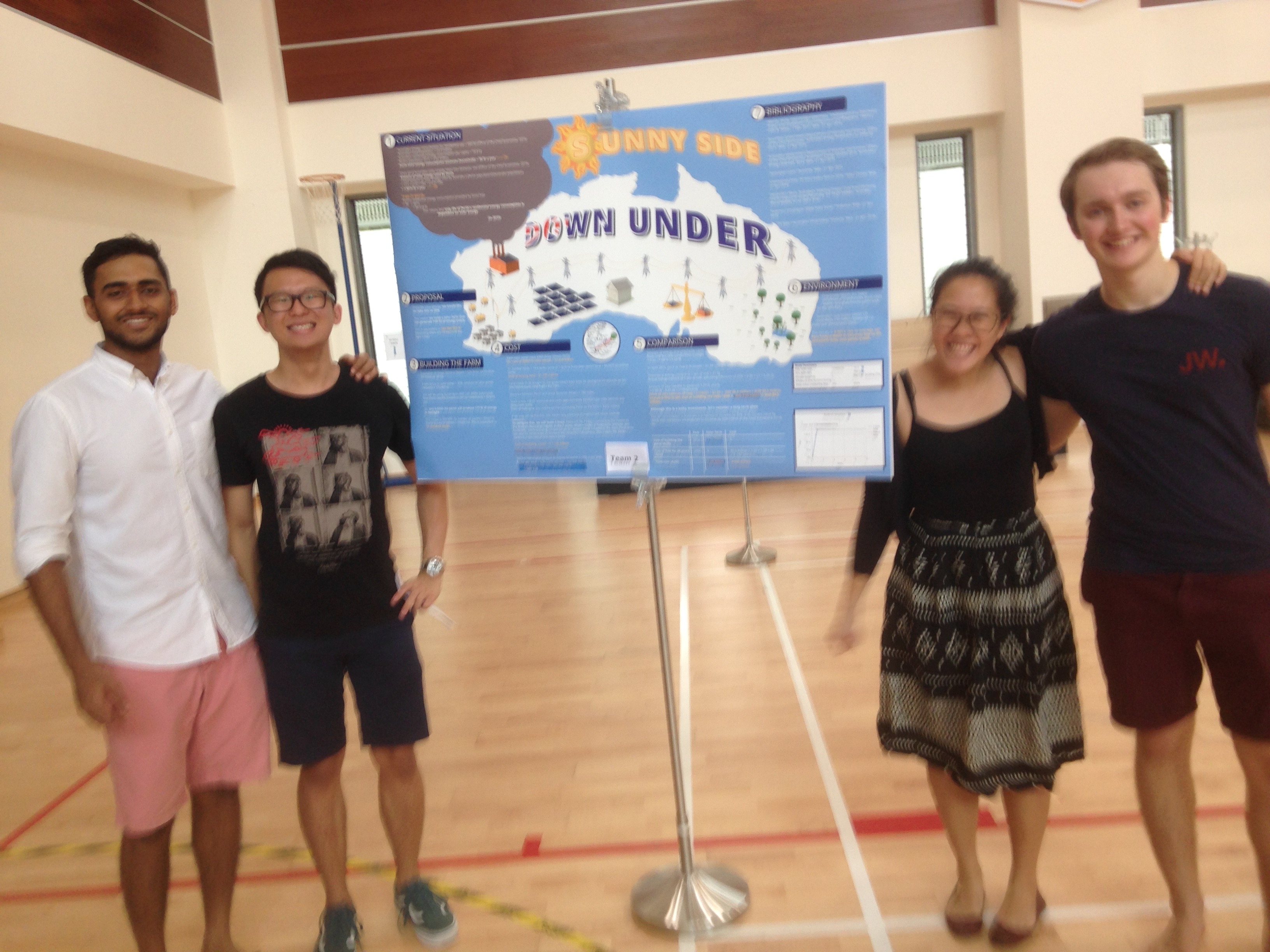 On April 25, we had our second Yale-NUS College Foundations of Science Grand Challenge poster fair. The students were asked to address a theme that addressed a Grand Challenge facing the Earth. These questions were in one of two themes – “Evolution” which refers to gradual change of organisms and communities, and “Revolution” which refers to sudden change through disruptive technologies or disasters. Students had completed two short courses of 5.5 weeks in one of the themes, and were assembled into teams of four to present a solution to a question posed to them. The poster fair took place on April 25 and our entire teaching team looked over the posters, and provided interviews of the student teams which constituted 20% of the grade for the Foundations of Science course.  The hope is that the Grand Challenge provides a form of authentic learning, where the assessments are geared toward real-world problems, and expose students to realistic scenarios in which the academic topics of the course can be applied. The results from this year’s Foundations of Science course are being researched as part of an educational project for our Centre of Teaching and Learning.

The Evolution theme had this set of short “disciplinary case studies” (5.5 week half courses) in these areas:

Description: What is the evolutionary history of life on Earth? How did the observed patterns in the history of life arise? What are the evolutionary processes that likely generated these patterns? What is Pikaia and why should we care about the fact that it survived? What is a “species”? These are some of the questions that will be addressed in this module. The understanding gained could be brought to bear on whether we are in the midst of another mass extinction event? And if so, what could we predict (if possible) about the future assemblage of species?

Description:  Introduction to patterns of species distributions & diversity, and factors influencing such patterns. Course will introduce students to the field of biogeography so that they understand why organisms exist in the places they do, and what contributes to species distribution and diversity patterns. Additionally, students should be able to apply this knowledge to predict how these will change in the face of anthropogenic factors.

Description: Life! From a chemist’s perspective. The fundamental building blocks of everything that surrounds us will be discussed, from simple gases, liquids and solids, through man-made dyes, drugs and plastics, all the way to the chemistry of living things. We will explore the interactions between matter and energy that constitute our everyday experiences and attempt to make sense of them all through just a few general concepts. Mischief. Mayhem. Soap.

Description: The first human genome (DNA) sequence was ‘completed’ about ten years ago at a cost of about US$3 billion. Since then the cost has gone down by more than 6 orders of magnitude.  The sequencing revolution has already profoundly changed our understanding of human evolution and migration. It will almost certainly have consequences for social behavior and policy.  As a science course, this unit will be focussed on human genetics, sequence variation and evolution, but it is expected that students will gain an appreciation for the potential uses and misuses, interpretations and misinterpretations, of genomic information.

The Revolution theme had a set of short “disciplinary case studies (5.5 week half courses) in these areas:

Description:  Despite much effort to promote carbon-free technologies, the majority of the energy supply through the middle of this century and beyond will stem inevitably from fossil fuels. As a result, combustion technologies, coupled with reactants/products treatment and, cost permitting, carbon capture and sequestration will remain central to energy consumption for several decades. The unit emphasis is on timeless fundamentals, beginning with key concepts of thermodynamics, the principle of conservation of energy, first and second laws. We will discuss traditional fossil-fuel power plants and engines that are currently involved in 85% of energy conversion worldwide. We will conclude with some considerations on energy policy and with the “big picture” on how to tackle future energy needs with a progressive transition to a carbon-free approach..

Description: From a consideration of light and heat, black body radiation, and simple models of radiative heating and cooling, we will explore how our Earth is slowly warming through the accumulation of Carbon Dioxide and other anthropogenic gasses. The class will discuss why certain molecules are “greenhouse gasses” and how to accurately use computer models to predict what the effects of these gasses will be in the coming decades and centuries. Several case studies in energy generation will be discussed in class, including an examination of nuclear energy (and some of the resulting disasters), solar power (with an experiment with photovoltaics), and other alternative energy sources.

Description: Everything in the world is interconnected, forming networks at many different scales – not only Facebook and Twitter, but also molecular networks, food webs, ecological networks, transport systems, the World Wide Web and more. This course will introduce you to network thinking and the science of networks, including concepts like graphs, path, hubs, clustering, centrality etc., which will enable you to have a conceptual understanding of the properties of networks, e.g. How do networks grow? What are the consequences of random failures or targeted attacks in networks? Along the way, we will pick up some maths, some biology, and maybe a bit of slime mold intelligence, epidemics, blackouts and Google.

More information on our two semesters of Foundations of Science with the “Grand Challenge” is below:

Below are the questions for the Our two Foundations of Science themes. 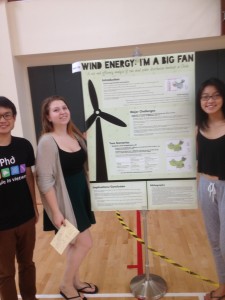 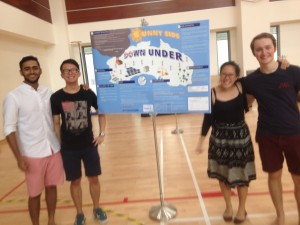 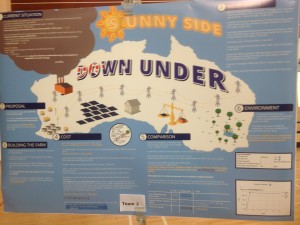 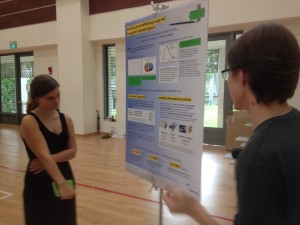 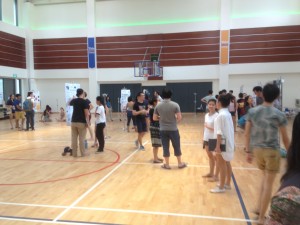 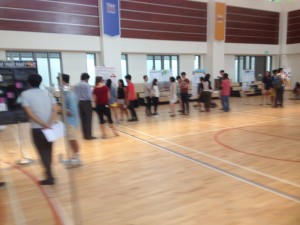 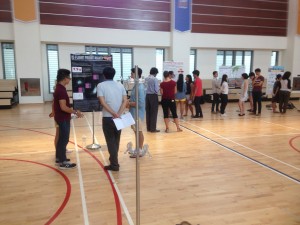 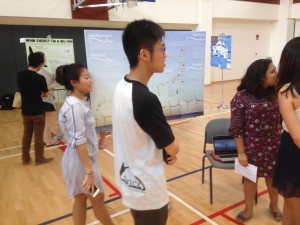 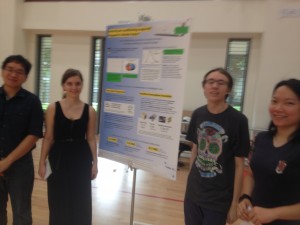 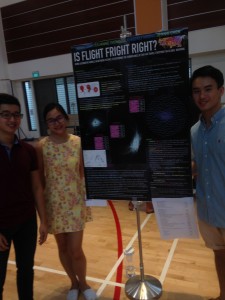 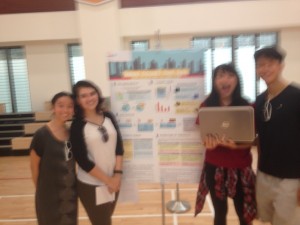 (1) How would you use biogeographic theory to predict the course of a cataclysmic mass extinction event – that is, who would be the winners and who the losers?.   Make your predictions in the context of a particular cause of mass extinction.  How would the decimation, or loss of keystone ecological function due to ‘rarity’, affect future diversification?

(2) The role of historical contingency is a familiar concept in thinking about the evolution of animal form and function of life, but it is also something to think about in the evolution of the most fundamental biochemical processes.   Was it inevitable that DNA (or RNA) would succeed as the replicable molecule that is the foundation of all biological evolution that we know about?   And that proteins, encoded by the DNA sequence, would be the agents of catalysis, movement and structure?   Is it possible that there is life on earth that is not based on DNA/RNA and proteins? How would you find it?  How would you find such life on other planets?

(3) Given the plunging costs of DNA sequencing, and improvements in genetic engineering, propose a novel strategy for using one or both of these technologies in the service of conservation.

i). Assess the current status of one or more aspects of power generation and/or distribution in terms of efficiency and stability, and suggest one or more possible improvements to lessen impacts on global climate

ii). How can network science be applied to monitor, assess or counter one of the consequences of climate change and/or global warming?

iii). Propose a way to assess and enhance the energy efficiency of a large urban area or region, and the specific impacts this will have on power usage and global warming.

Your teams have been assigned, and you should soon be receiving an email from the TeamMates program with more details about your team members.