Visit to Columbia University and the Met Cloisters

As part of my education about New York City, I rode my Brompton bike all the way to the top of Manhattan, along the beautiful Hudson River bike trail. At the end of the trail is the Met Cloisters museum, which is an amazing time capsule where you can immerse yourself in Medieval Europe in the heart of New York. The building is constructed as a medieval cloister, and includes authentic building elements – columns, decorations, alcoves – that were imported directly from France, Italy and Spain. Within this ancient architecture are a dazzling array of Medieval artifacts of all sorts – tapestries of unicorns, icons featuring saints and other Christian icons, and entire chapels imported from Europe. 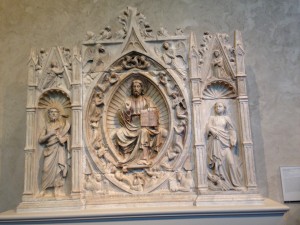 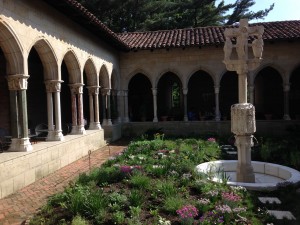 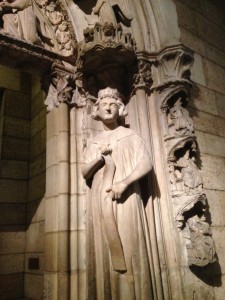 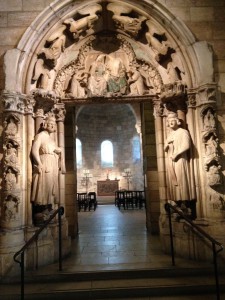 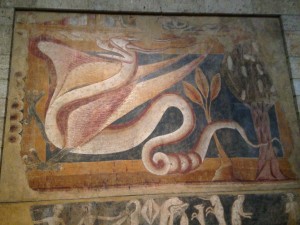 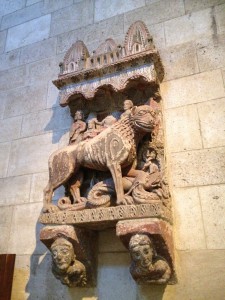 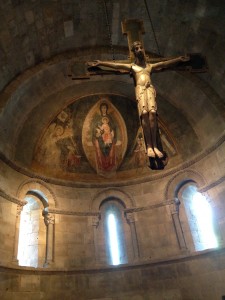 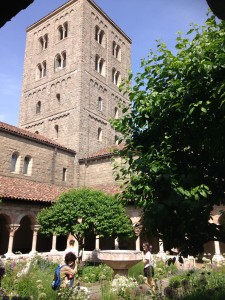 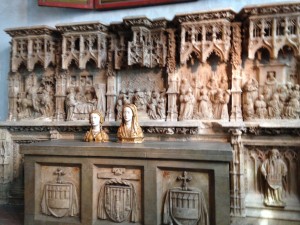 Along the way I had a chance to visit Columbia University. Despite being in higher education for 23 years, I had not visited Columbia until now. I have known David Helfand for many years, and have sent students to Columbia from Pomona for decades. I also had a series of great discussions with Kathy Takayama at NUS about teaching and learning, and all of this reminded me of my need to visit Columbia. The occasion of being in NYC and having dinner with David Helfand that evening made it imperative to visit Columbia, and its liberal arts college Barnard. 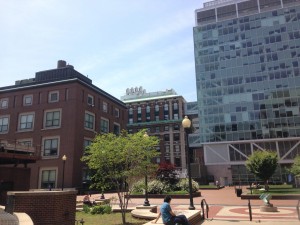 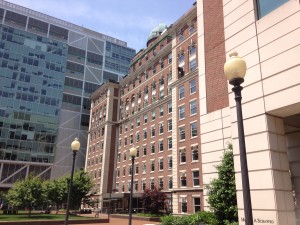 Like many visitors to Columbia, I was taken by some of its monumental architecture. I was surprised at how densely packed the buildings were. It featured a small quadrangle but for the most part the buildings are connected and adjacent, presenting what could be the densest space for any of the Ivy League campuses. Being a physics and astronomy guy, I had to visit the famous Pupin Laboratory, and rode the elevator to the astronomy floor. There I saw a poster that featured a memorial to Arlin Crotts, a fellow astronomer with whom I shared a few adventures in Chile as Chile transitioned into democracy (he and I were caught in the middle of a riot that included the infamous Chilean water cannon and tear gas back in 1989).

The Columbia buildings were impressive, and it was great to see how this campus was connected to Barnard, which is just across the street. Like both the Claremont Colleges and Yale-NUS and NUS, Barnard and Columbia share a symbiotic relationship. Students at Barnard, Yale-NUS and the Claremont Colleges can take classes at their neighboring campuses, and benefit from the much larger scope of the compound campus. These larger groupings are a recipe for success for all three institutions – it gives a much stronger critical mass in many subjects, gives a much wider range of courses for students, and provides a larger and more dynamic intellectual community. Barnard, like Yale-NUS, also has faculty who are tenured both at their home liberal arts college and at the larger university – Columbia in the case of Barnard and NUS in the case of Yale-NUS. I have heard from Barnard students and from our visiting teams from Yale-NUS that this arrangement provides for a more active research environment in the liberal arts college than most of its peers.

The highlight of the day was a dinner with David Helfand. He updated me on his transition from being the founding President of Quest University to his return as a faculty member at Columbia again. Before founding Quest, David worked hard while at Columbia to introduce one course to Columbia’s core in science. As he puts it, this was a “27 year quest” to insert one class in the 100 year old Common Curriculum. After that quest, his work at Quest University was able to provide a very innovative new form of higher education with an entirely new University, with a 3-week block schedule, a unique form of common curriculum, graduates who are required to have an experiential block, and to formulate an independent research question early in their education that culminates in a capstone research project. David discussed his active role in the American Astronomical Society and his new work at Columbia after Quest, and many other very interesting new projects. I will look forward to keeping in touch with him, as we both have a great deal of interest (and more experience every day!) with founding new colleges and universities.

Interviews and background on David Helfand:

http://www.nytimes.com/2012/01/22/education/edlife/david-helfands-new-quest.html (David Helfand and his work at Quest from a 2012 interview)

http://www.universityaffairs.ca/news/news-article/david-helfand-reflects-back-on-a-decade-at-the-head-of-quest-university/  (David Helfand reflects on his work at Quest  – from 2016 interview)