Visit to NYU and discussion about NYU Global Network 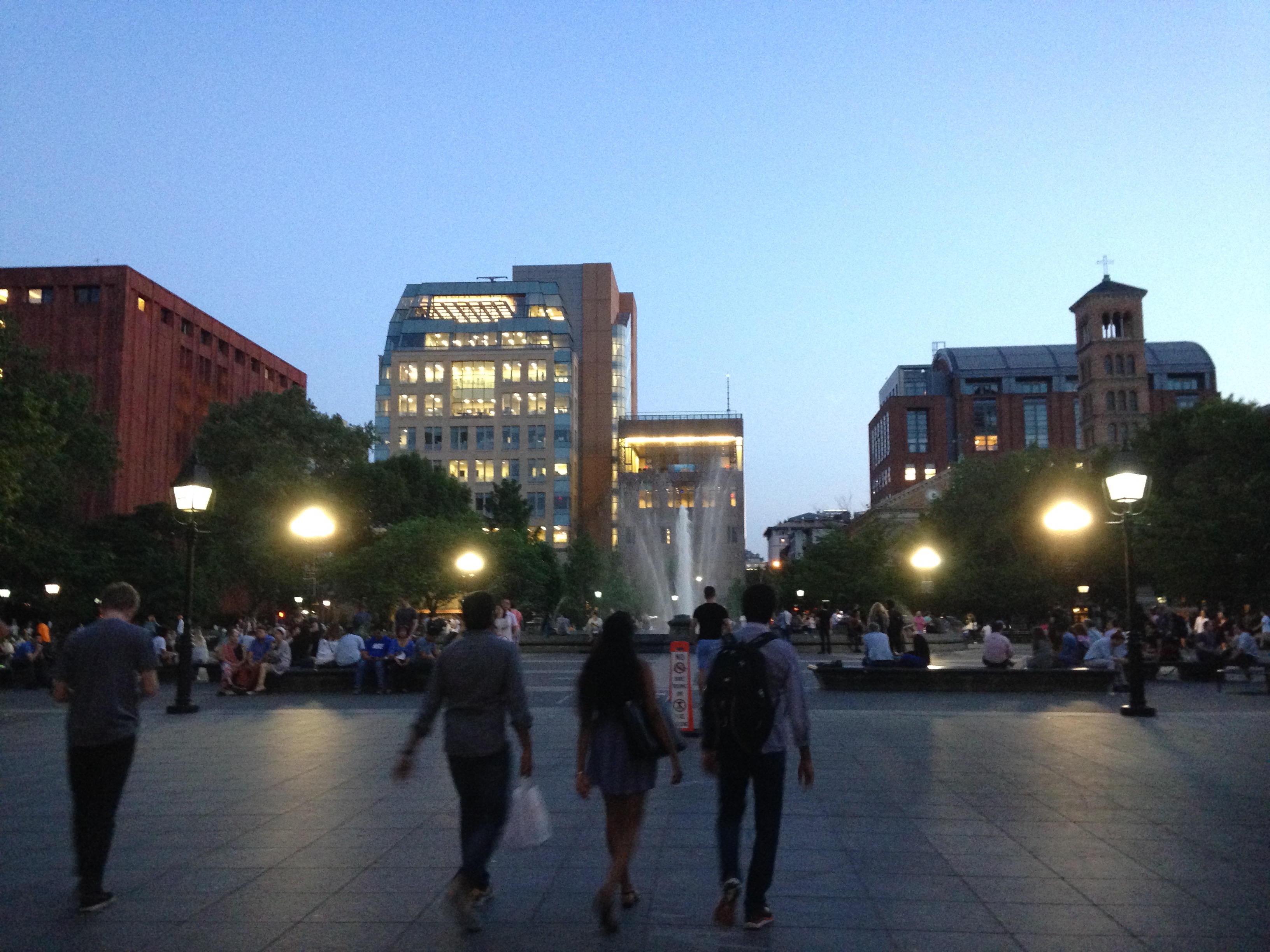 On June 2, I had a wonderful visit to NYU, after exploring Manhattan a bit with my folding Brompton bike. I had heard a lot about NYU but had never been there, after many conversations with faculty at NYU Abu Dhabi and  NYU Shanghai about “The Square” (as NYU is called). It was great to see the campus and I was really impressed by the central location of NYU in the city, and the way in which Washington Square provided a gathering place for all kinds of people, with a tangible vitality and diversity.

During my visit to NYU I met with Linda Mills, the NYU Vice President who directs the NYU Global Network, and her Global Programs team that included Josh Taylor, Associate Vice Chancellor, Tyra Liebmann, Associate Vice Provost, and Janet Alperstein, Assistant Vice President on Academics. We had a great discussion about NYU Abu Dhabi, NYU Shanghai and Yale-NUS College. During this meeting it was clear that these institutions shared a lot and have a number of exciting possibilities for future collaboration. Yale-NUS College is the same age as NYU Shanghai, and the three campuses are all “start-ups” with many similar issues and concerns.

The NYU Library, which contains academic offices on the higher levels. 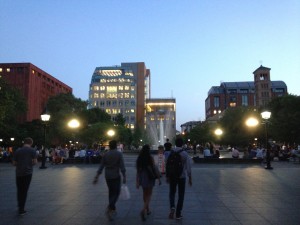 Another view of Washington Square at night – the heart of the NYU campus. 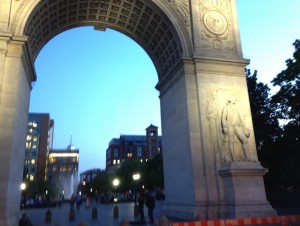 Washington Square, the center of NYU campus. At the satellite campuses in Abu Dhabi and Shanghai, NYU is referred to as “the Square” – and now I had a chance to visit it!

All of our new campuses, Yale-NUS, NYU Shanghai and NYU Abu Dhabi, are learning a lot about how to work in these rich and exciting international contexts – which give new meaning to diversity, as the NYU campuses and the Yale-NUS Campus all feature students from over 50 countries, and a mix of international students that ranges from 40-85%, compared to the 10-15% typical on US campuses.  I look forward to future collaborations, as our campuses have a lot to learn from each other, and a lot to offer to the US institutions in managing intercultural issues, and providing examples of successful start-up campuses.