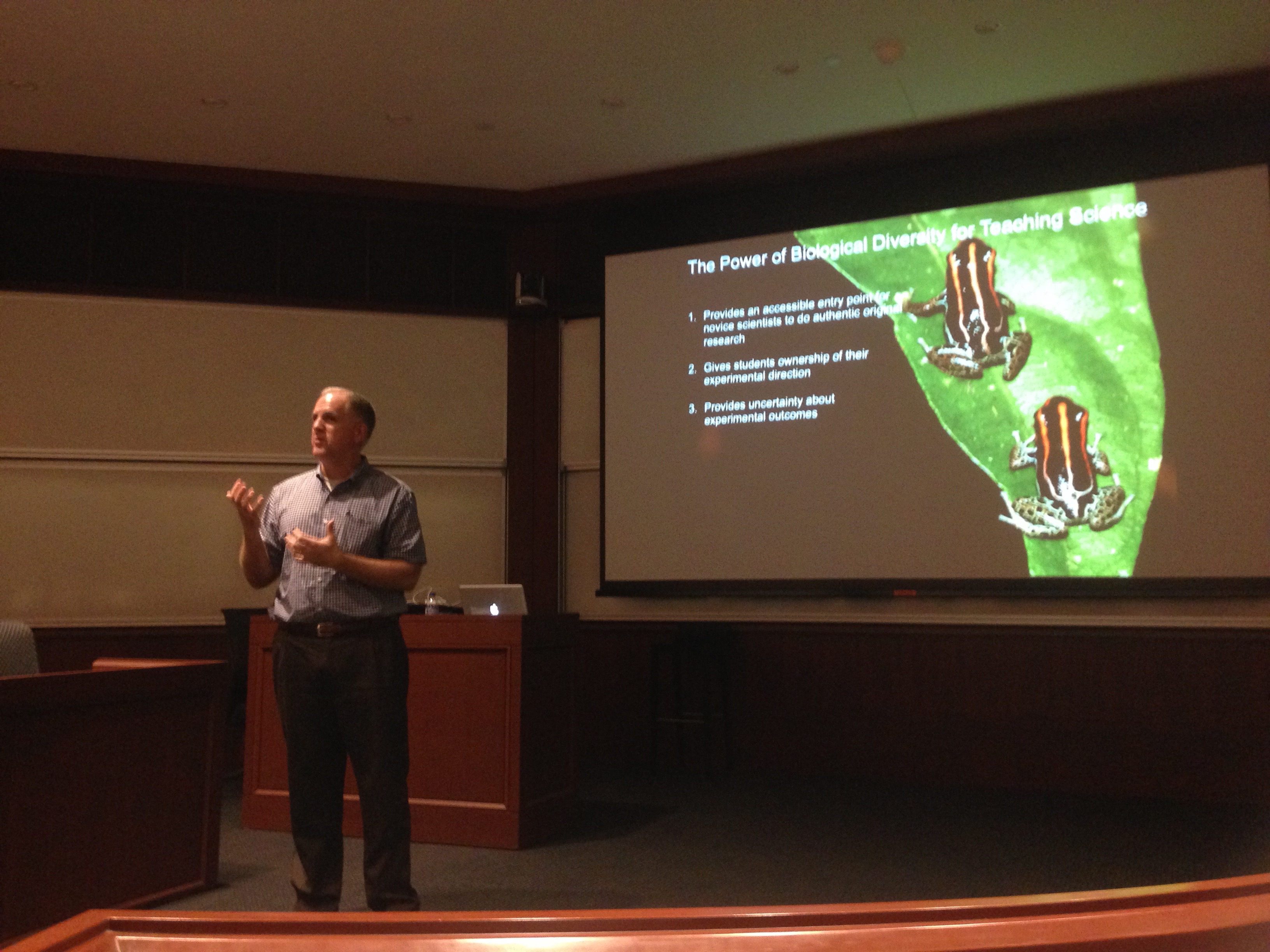 From Feb 29-March 5, we hosted a visit by both Scott Strobel, Deputy Provost for Teaching and Learning at Yale, and Jennifer Frederick, Director of the Yale Teaching Center. During the visit, both of them visited all three Divisions at Yale-NUS College, and discussed Teaching and Learning at Yale-NUS with a wide cross section of faculty, administrators, and even some students. This post is about Scott and his presentation on “Plastic-Eating Fungi & Other Wonders Discovered by Yale Undergraduates” to the Yale-NUS College Science Division.  The talk centered on a course offered at Yale in which students study endophytes, a variety of fungus, both at New Haven in class, and in the rainforests of Ecuador. During their fieldwork they collect new endophytes, which they bring back to Yale for further study in the laboratory. The program includes a summer program where students spend the rest of the summer characterizing these new organisms, in many cases discovering new species with amazing properties (hence the title of his talk!). 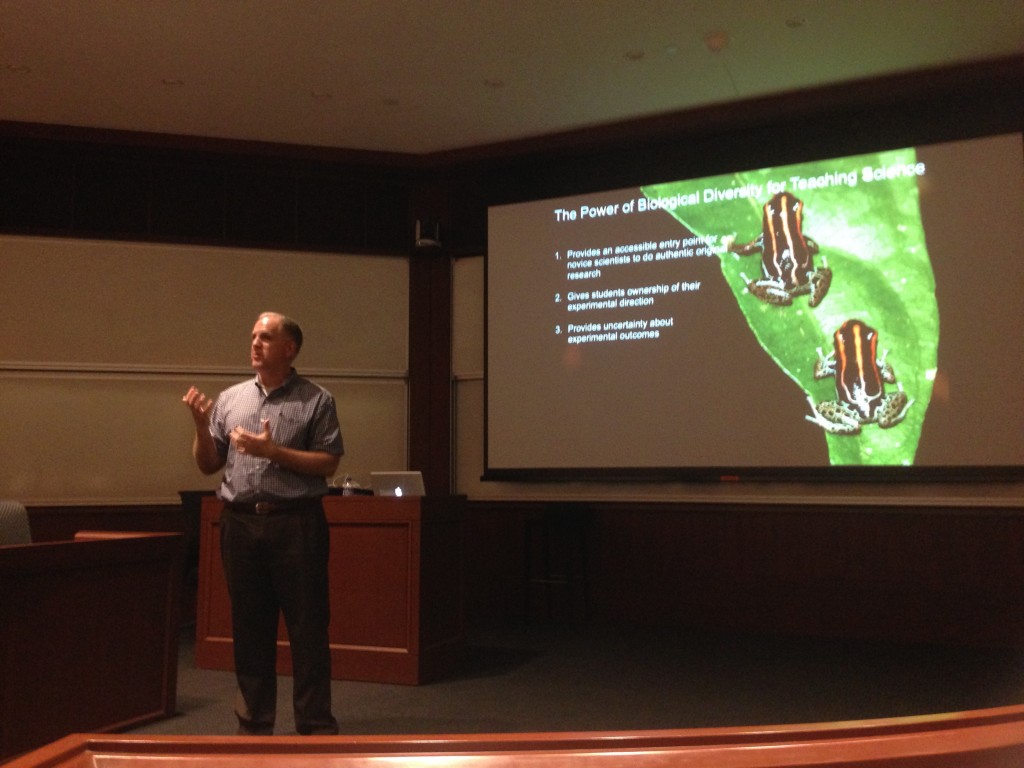 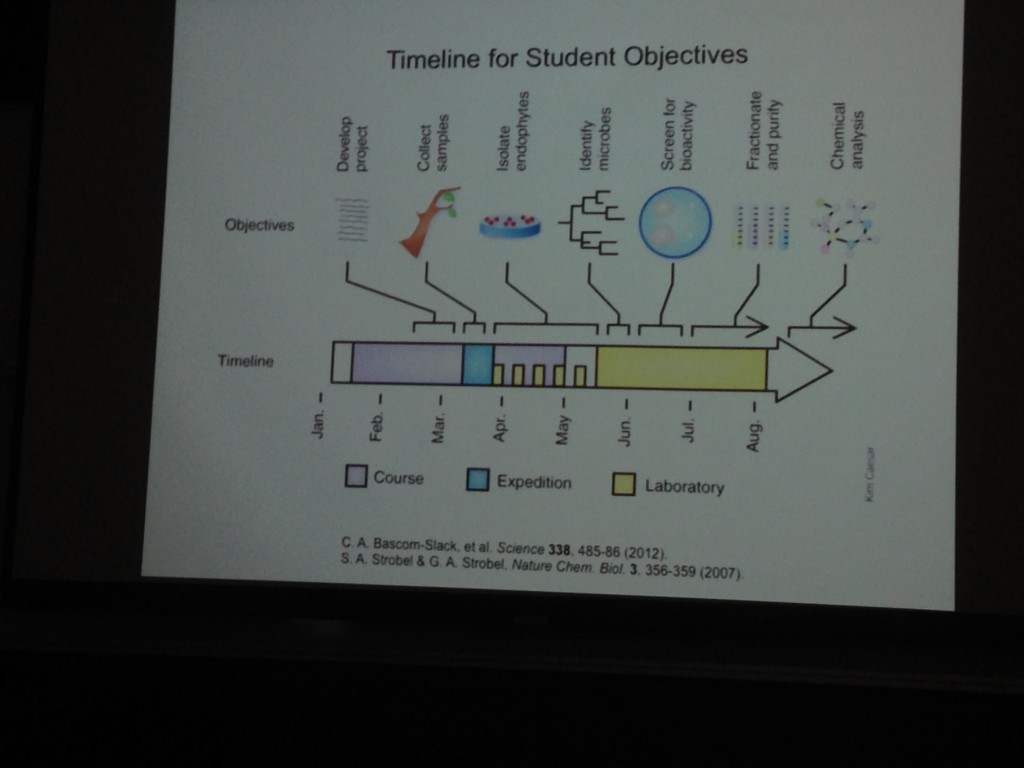 Scott pointed out that the experiential nature of the course, and the type of science it covers, is an “accessible entry point for novice scientists to do original research.”  He is also conscious of the many positive features of the course – it gives students ownership, provides uncertainty about outcomes, is a “vast” area of study with multiple possible directions, has “fundable and publishable observations,” and “seamlessly ties together the teaching and research missions” of Yale College.  The course embodies a very nice mix of active learning, experiential learning, and authentic learning, with assessments that in some cases enable students to develop scientific papers, or even patents!

The subject of endophytes is new to many non-biologists. Scott explained that there are over 1 million plan associated fungi of which about 80% are unknown. The project has been described in the scientific literature (Bascom-Slack and Strobel, 2012; Strobel and Strobel, 2007).

The course begins with students choosing plants to study, and in this pursuit they engage in a bit of ethnobiology. Some plants were known by local people to kill fish, to heal snake bites, and to take care of infections. In collaboration with the Catholic University of Ecuador, Scott and his 18 students forge into the Yasuni National Forest, which has sites which offer the most biodiverse environments in South America.  Once there, after long journeys on roads built for oil exploration, they seek out the plants described by local people with bioactive properties. Many of these properties are endowed upon the plants from the little microbes living on them – the endophytes. 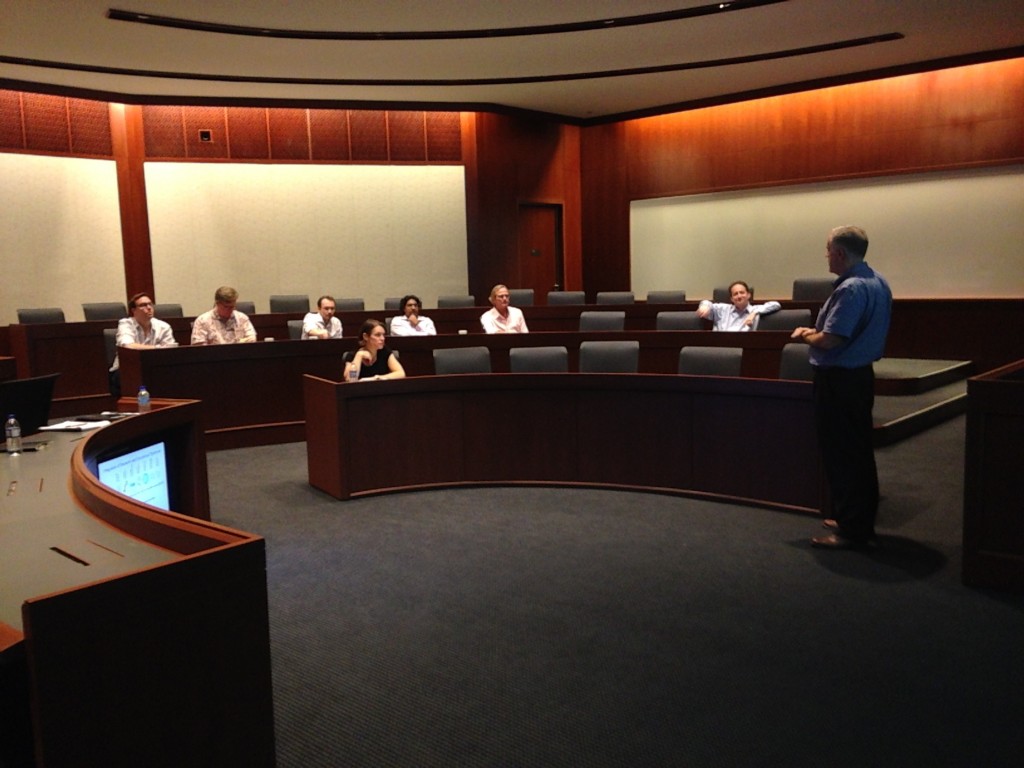 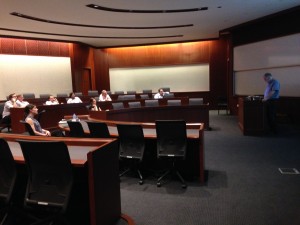 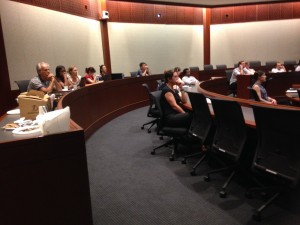 Scott is assisted in this course by Percy Nunez, a local guide who has an encyclopaedic knowledge of the plants, and he equips the students with flash cards so they can identify the plants they are seeking. Students take samples, and within these samples are typically 25-150 microbe species – most of them completely unclassified by biology!  Scott told us that over the years, he has had about 126 undergraduates in this course, and not only do they discover new species but in some cases a new genus – averaging about one new genus per student per year!

From the plants they isolate the endophytes, and then from this they extract liquid cultures and chemical compounds. Each year he studies about 500 fungal extracts per student, and from these can come volatile antibiotics (capable of killing bacteria at a distance), also fuel additives, and a species that can degrade plastics. Perhaps this can be a solution to many of the most urgent issues facing our environment and health – all within the context of an undergraduate course!

The audience of 18 Yale-NUS faculty were very interested in the project, and our Foundations of Science course is hoping to build in this same type of discovery-based work at Yale-NUS College, and we hope to introduce students to this type of research in the coming years.

Readings related to Scott Strobel and his Endophytes course – Plastic-Eating-Fungi-Other-Wonders-Discovered-by-Yale-Undergraduate_Scott-Strobel- (includes Journal articles on the course).