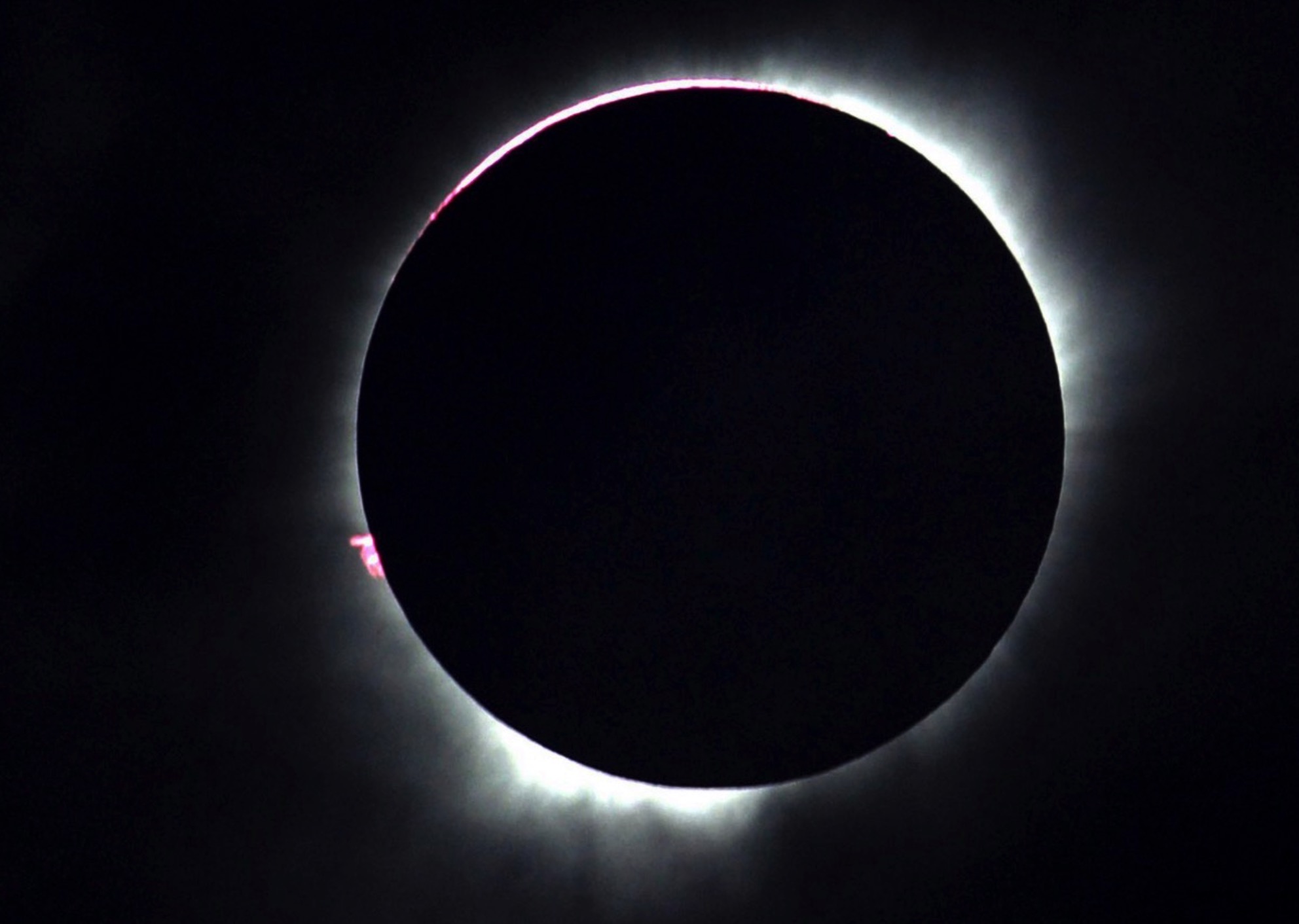 One of the many joys of living in Singapore is the close proximity of some amazing countries – Indonesia, Malaysia, Thailand, Cambodia, are all within a short hop on a discount airline. When one of those countries has a total solar eclipse in them, all the better!   This is what happened on March 9, 2016. In neighboring Indonesia, the total eclipse was passing through, making a graceful arc across the South China Sea up through Ternate. Even though this was in the middle of my Yale-NUS College semester, I was not going to pass up a total solar eclipse!  So Bidushi and I booked a short hop flight to Palembang, which was on the path of the totality. 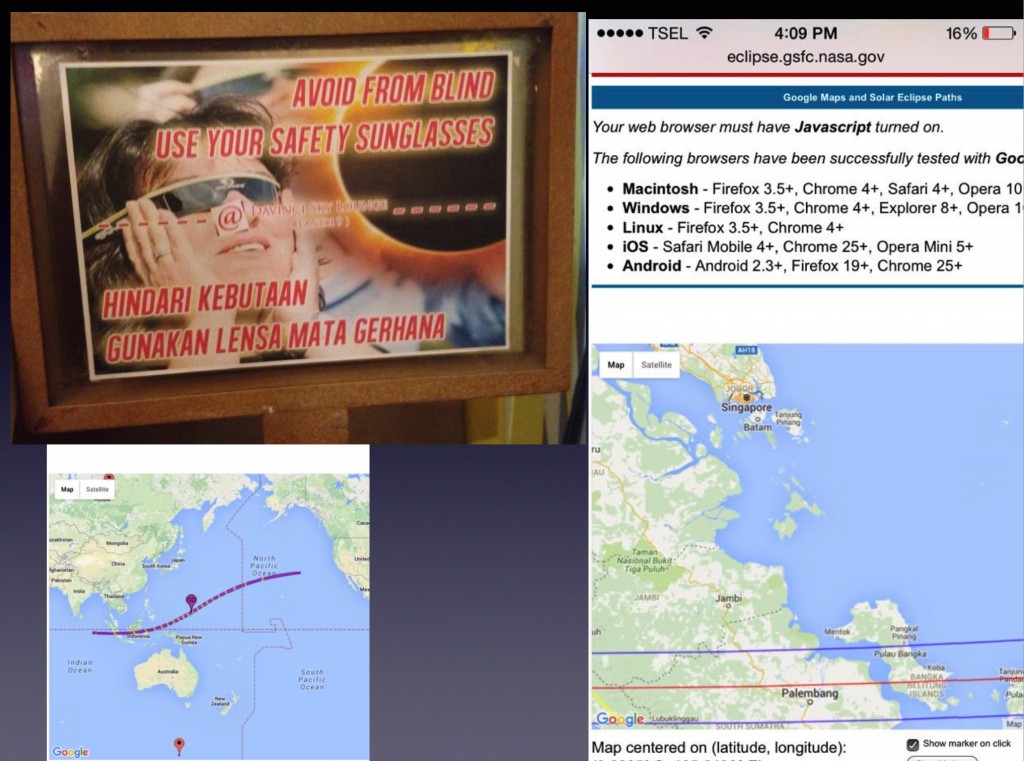 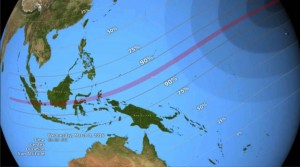 My friend Jay Pasachoff, a veteran eclipse observer and one of the world’s top solar astronomers, warned against this site – saying he had bad luck there on a previous eclipse. Jay, of course, was located up in Ternate with a team of photographers waiting to catch the best possible view. Bidushi and I were looking for speed – and Palembang provided it. Only about one hour away on AirAsia, and with lots of cheap and available hotels. We booked our flight and looked forward to the event!  We arrived to Palembang the day before the event; Bidushi and her friends from a local company here in Singapore known as Hiverlab (http://www.hiverlab.com/) had arranged for a fish-eye all sky camera gadget using GoPros. We tested it on the roof of our apartment before going and were all set for a great immersive VR recording of the event! 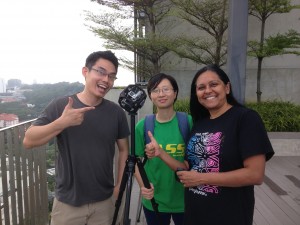 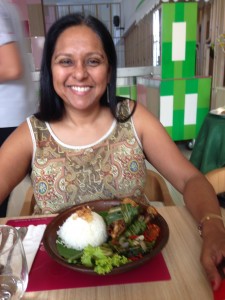 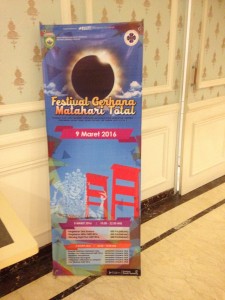 As the eclipse day came, we got very excited. Our hotel had a nice porch where we could set up our all-sky viewing gadget, and my camera with its fancy new telephoto lens. We got up very early, and enjoyed the sunrise from the roof and eagerly awaited the eclipse! 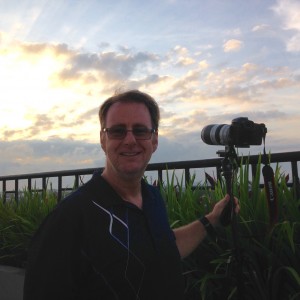 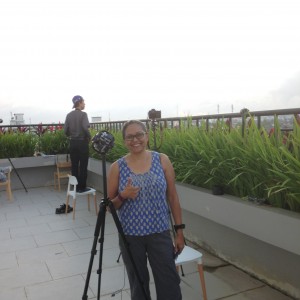 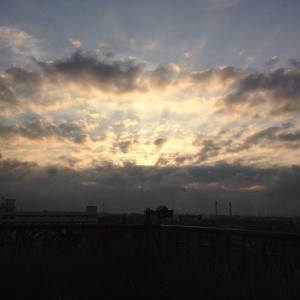 As the event unfolded, some clouds gathered. The cooling from the partial phase of the eclipse seemed to cause some additional clouds to condense. Despite the heavy and gathering clouds, we could see the sun begin to darken, and the partial phase deepen. The temperature dropped further, and darkness set in. Then the totality!  Despite the thick clouds, my camera was able to take a couple of good pictures through the clouds of the total eclipse.  We were thrilled – and enjoyed being enveloped into cool darkness in Indonesia, just after sunrise!

Our eclipse photos (through clouds): 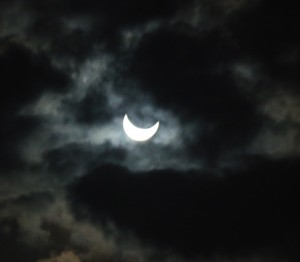 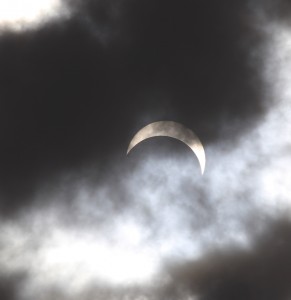 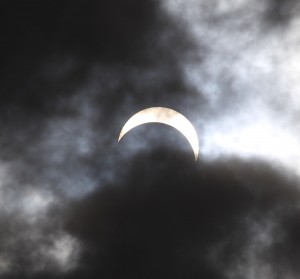 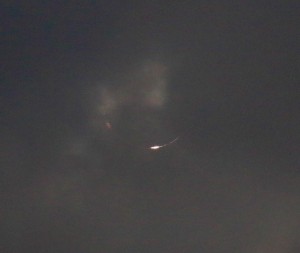 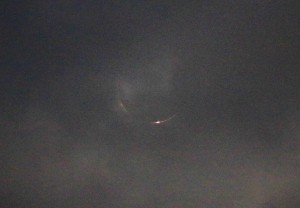 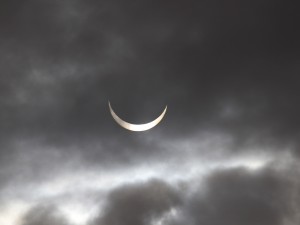 After the eclipse we walked around Palembang. We were struck by how friendly the people were. “Hello sir” “Hello sir” said kids as they ran up to me. I felt like a rock star!  The city itself was a large sprawling industrial town. A large river ran through the town and we had a nice relaxing lunch at the river and watched the barges go by. They use the river to transport huge barges of coal and other things to various parts of Indonesia. The food was good, the people friendly – and the sun restored. 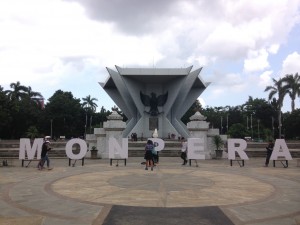 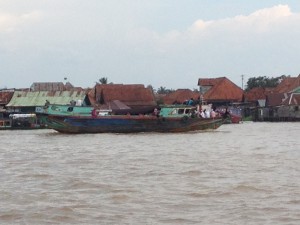 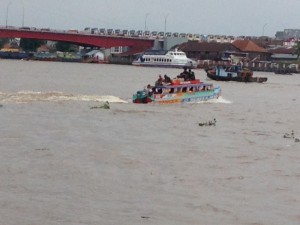 After we returned to Singapore, Bidushi and I gave a talk to a full classroom at the Singapore Science Center on March 11. We showed the group a comparison of the eclipse as viewed from Thailand, from Singapore and from the totality. We even found a movie clip of the eclipse taken from an airplane, and from a Japanese weather satellite in space!  The students and public in the crowd seemed to really enjoy the talk, and even liked our photos through the clouds. A great experience! 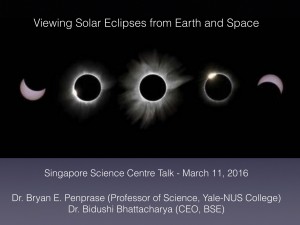 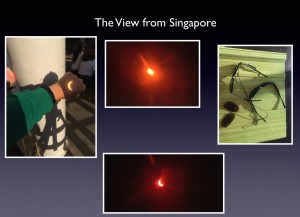 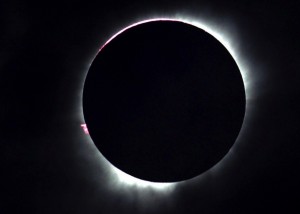 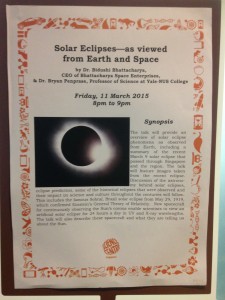