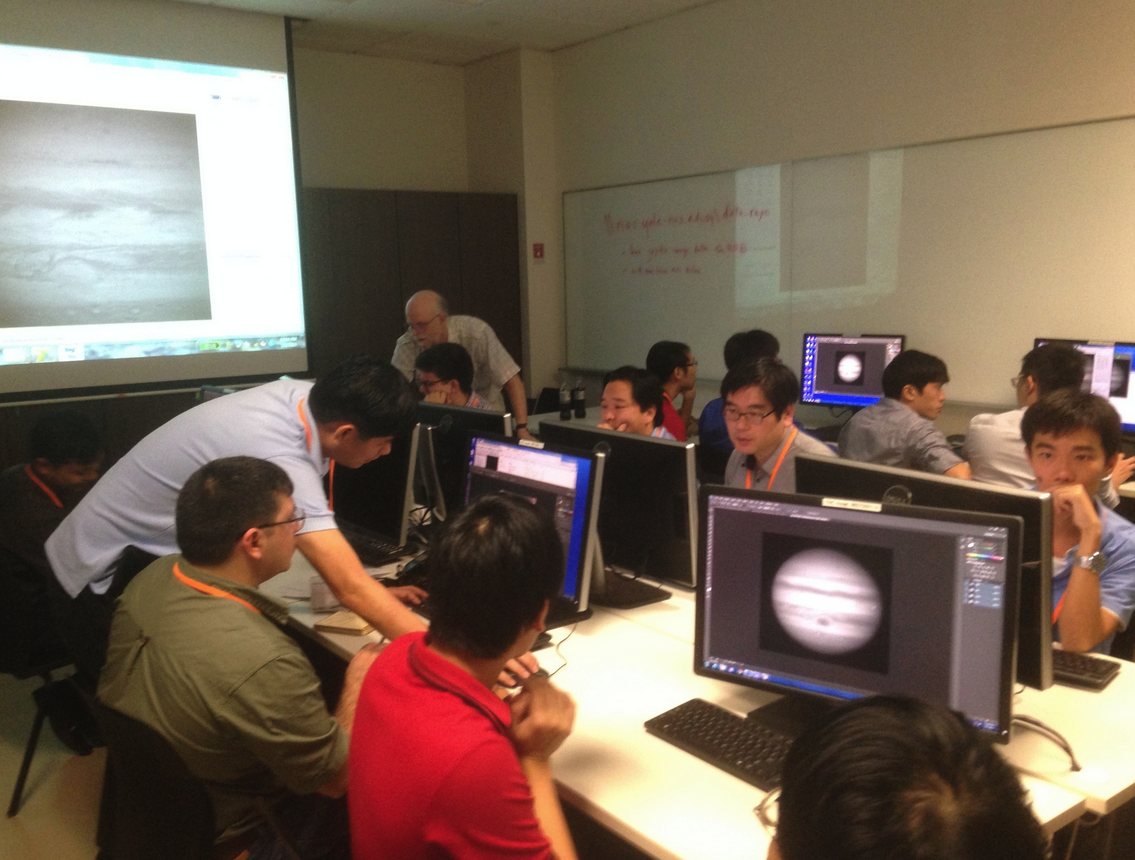 During the early part of 2015, I organized a conference at Yale-NUS College, Singapore, that gathered astronomers from across Asia to discuss ways to coordinate our observing and to do some exciting new projects in time-domain astronomy. The meeting web site is at http://gonsso.commons.yale-nus.edu.sg/. The meeting included a day of discussions at our Yale-NUS College in Singapore, and a day at the nearby National University of Singapore.  During the meeting we were joined by astronomers from California (Caltech + Pomona C0llege), India (IUCAA), Thailand (NARIT), Taiwan (NCU and Lulin Observatory), South Korea (SNU), the Phillipines (Chris Go), Malaysia (Malaysian National Observatory), and Turkey (ISTEK). We also had a fantastic clinic on high-resolution imaging of Jupiter from Chris Go, one of the leading ground-based amateur astronomers, and a visit by Glenn Orton, project scientist for the NASA Juno mission, who discussed how a global campaign of observing can support the Juno mission to Jupiter. The next day included presentations from the entire group on their exciting research, and open-ended discussions on how to collaborate. Our next step will be to launch a “global Jupiter campaign” as Jupiter enters opposition. During two three-day windows, our entire network of observatories will work together to create two full-planet maps of Jupiter and these will be analyzed to detect motions within the cloud decks of Jupiter. We also will be working to help incorporate some of these observatories into collaborative projects with the Caltech Zwicky Transient Factory (ZTF) project for time-domain astrophysics. It should be exciting!

Below are some pictures from our meeting.

Above: Chow Choong Ngeow, from Taiwan’s Lulin Observatory and the National Central University of Taiwan explains some of the science highlights from his observatory to our audience gathered at the NUS ICCP9 part of our conference.

The audience for the NUS ICCP9 session – which included astronomers from Yale-NUS, NUS, Pomona College, Seoul National University, Langkawi Observatory (Malaysia), NARIT (Thailand), and other parts of the world.

Chris Go, from the Philippines poses with Bryan Penprase, the conference organizer. 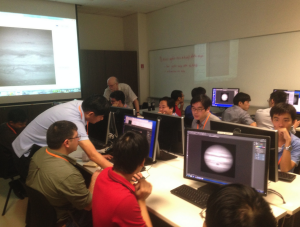 Our hands-on imaging clinic made use of the best available software for providing HST-like images of Jupiter. Here both Chris and Glenn help users work with the software packages in the Yale-NUS Computer lab. Glenn confers with Franklin about Jupiter (left), and the group works on their images (right).