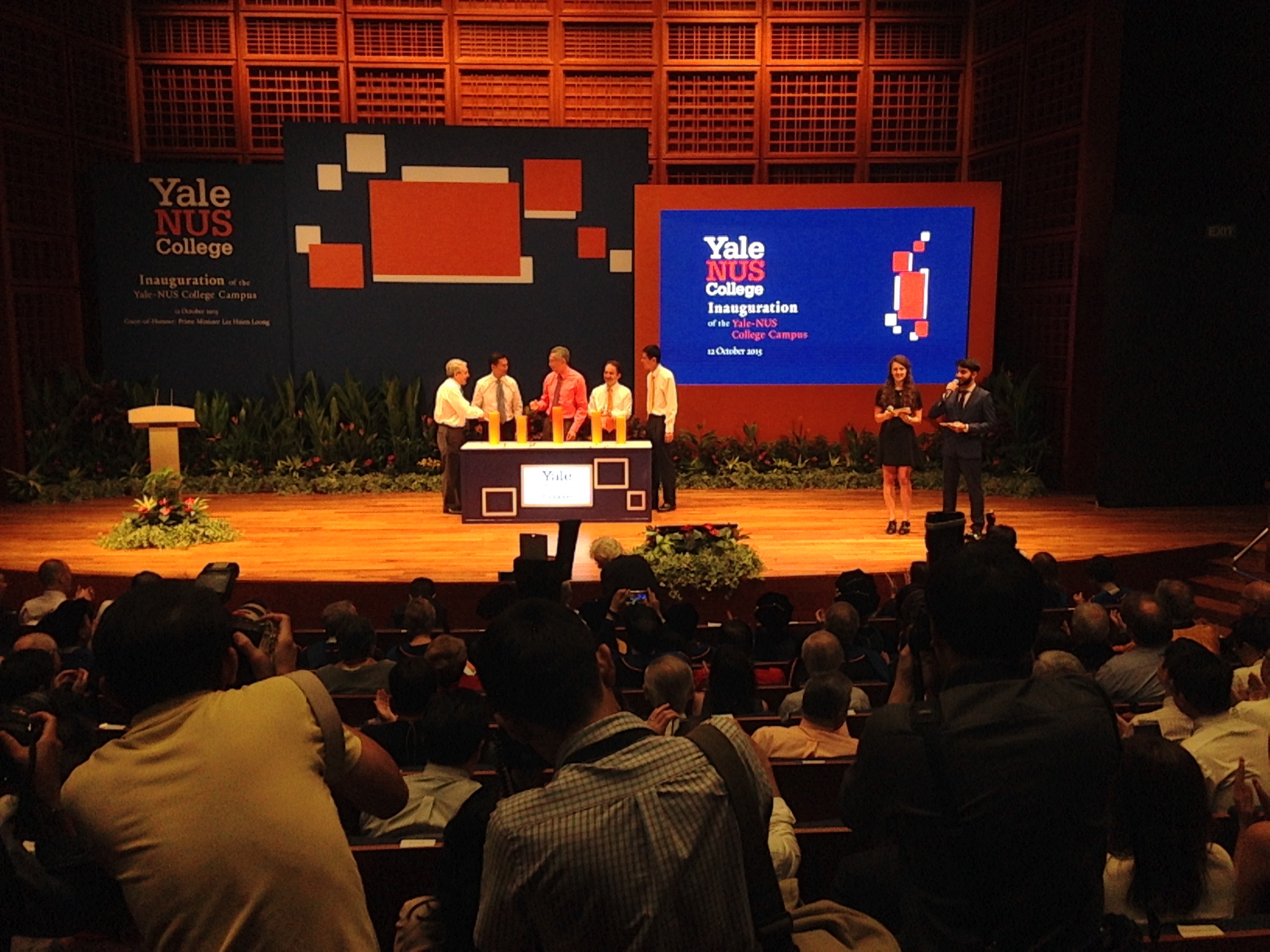 Clearly one of the biggest events from last semester – perhaps of the year – was our official campus inauguration – on October 11 and 12, 2015. We were joined by 40 University Presidents – including those from Yale, Oxford, NYU, Shanghai Jiao Tong, University of Hong Kong, Pomona, Wesleyan, Vassar and many, many others. The Yale Corporation, Richard Levin, the NUS President Chor Chuan, and other supporters of Yale-NUS were all attending, and the energy and support was very gratifying. I spent most of the 2014-15 year helping plan the event with a small task force that included Fiona Soh, Casey Nagy, and Jenifer Raver, and it was wonderful to see it all come together so nicely!  The Public Affairs office had made impeccable arrangements for the various venues and meals, and our program included a full day of talks on Sunday October 11 which explored The Future of International Liberal Education (Andrew Hamilton from Oxford gave a great talk!), and discussed the founding of Yale-NUS College (with a panel that included Richard Levin and Chor Chuan Tan). I had a chance to open up the event with a short 5 minute speech, and also to introduce our President, Pericles Lewis, and help keep the various sessions on time. The NUS President Chor Thuan Tan wrapped up the session with a great talk, and we spent the next day enjoying the spectacle of our campus opening. This included a ceremonial precession of academics into our performance hall, and address from the Prime Minister of Singapore, student dance and music performances, and a series of talks and gift exchanges. The final segment was to dramatize the opening of the campus with a small model on the stage, which led to a wonderful video of the construction of Yale-NUS College (imbedded below). Those of us who have been working so hard on the new Yale-NUS College found the video very inspiring and touching!  It showed the dramatic building of an entire campus in two years, which was paralleled by a similarly rapid construction of a curriculum, and an academic culture. What an exciting weekend – and more such adventures are coming! 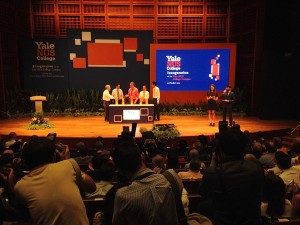