Visit to Yale-NUS by Lucas Swineford from Yale University 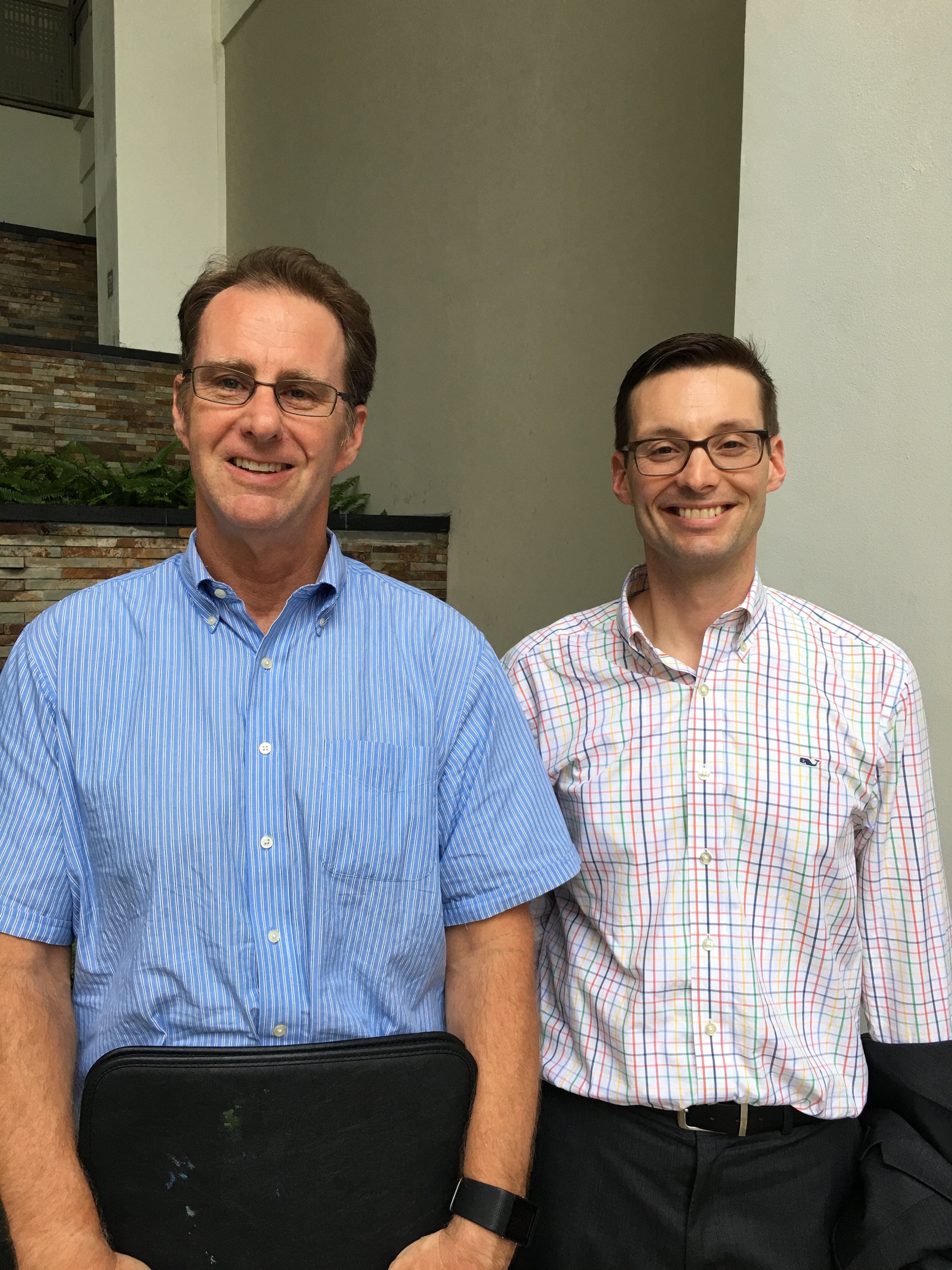 During March 19-24 we hosted Lucas Swineford, The Executive Director of Digital Education and Dissemination at Yale University. We hosted Lucas at Yale-NUS College to discuss technology enhanced teaching and to explore new ways of using digital media and flipped classes in our Yale-NUS curriculum.  Lucas gave a wonderful talk about the developments at the Yale Teaching Center, and we met with Lucas and many of the NUS leaders of teaching and learning in the Center for the Development of Teaching and Learning (CDTL), the Center for Information Technology (CIT) and the NUS Provost’s office. Lucas’ visit was also a great opportunity to catalyse stronger connections between the Yale-NUS CTL and our Educational Resources and Technology (ERT) division.
In Lucas’ talk we learned about how the Yale Teaching Center operates and some the new ways in which Yale has integrated technology into its curriculum. A number of new online courses feature synchronous online connections between students across the earth, as well as more conventional MOOC type courses, and every other type of instruction in between. I was delighted to learn more about Yale and to share some of our innovations at Yale-NUS with Lucas and hope that his visit will bring tighter connections between Yale-NUS, NUS, Yale and enhance our technology enhanced teaching.
In Lucas’ talk on March 23, he noted that the Yale President, Peter Salovey, had made a commitment to being the best at teaching among research universities. One key element in that initiative was the restructuring of the Yale Teaching Center, in a beautiful new facility in the center of the Sterling Library. The central location and enhanced resources embodies Yale’s commitment to teaching. Lucas Swineford, along with Jennifer Frederick, the Executive Director of the Yale Teaching Center, have done great work enhancing their support of faculty and expanding online and technology enhanced programs at Yale. Lucas described how they now have an online degree for physicians assistants which will be available in 2018, and how Yale Summer School has been offering online synchronous courses since 2010. 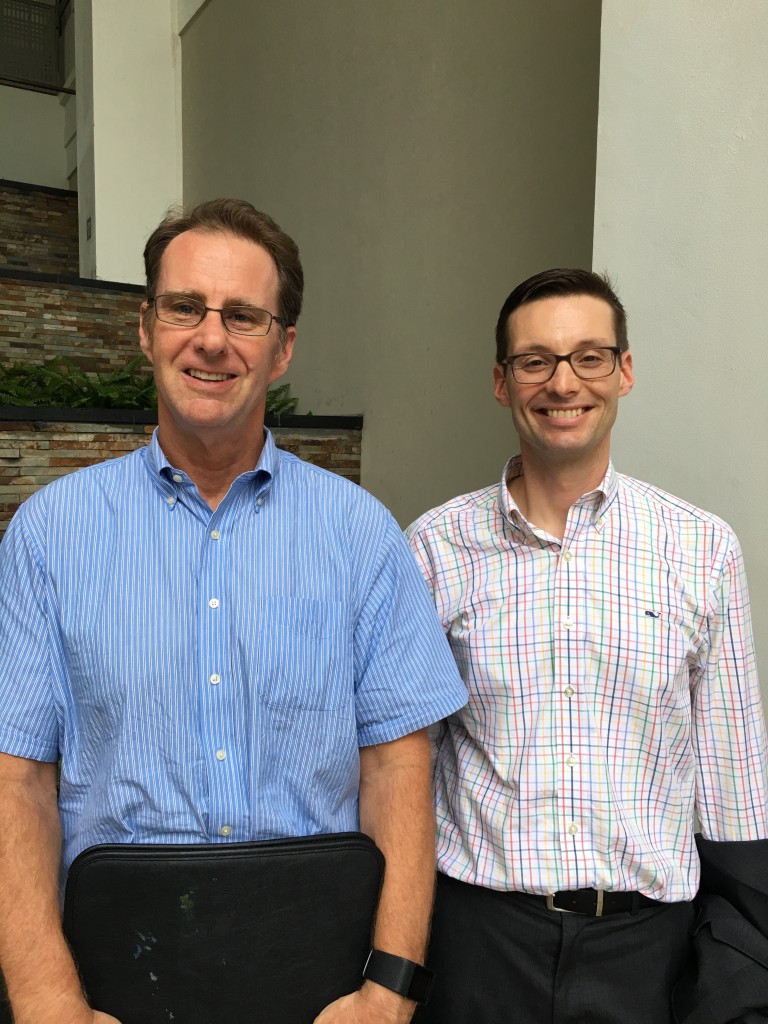 In developing technology at Yale, Lucas has been able to reach a large number of faculty by convincing them that the technology will advance their students and will be easy to use. One example was the roll-out of their new learning management system, Canvas, where Yale used an extensive advertising campaign among the faculty. One piece of the campaign was  faculty offered testimonials that began “I chose Canvas because..” and then gave concrete reasons for learning Canvas. A web site, http://gotocanvas.yale.edu, was set up to enable faculty to easily learn more, and workshops in advanced canvas were set up. Key features like online quizzes and integration with the online forum piazza were implemented and early adopters were able to help other faculty learn how to make the most of the system.
One very clever use of the online Coursera platform was developed at Yale to connect with their alumni. The http://site yale.coursera.org was set up to allow exclusive alumni offerings, where alumni could have in-person conversations with some of the faculty as they offered short courses and lectures for a small fee. Online courses feature a prominent role in the Freshman Scholars at Yale program, where a new ONEXYS (online experiences for Yale Scholars) program (http://onexys.yale.edu/) offers a variety of programs, including a math skills course (Math115)  to help students prior to their enrolment at Yale.
Other technical advances at Yale include full integration of the lecture capture system Panopto into classrooms, and development of advanced media carts enabling high quality video conferencing and multi-party projection within classrooms. 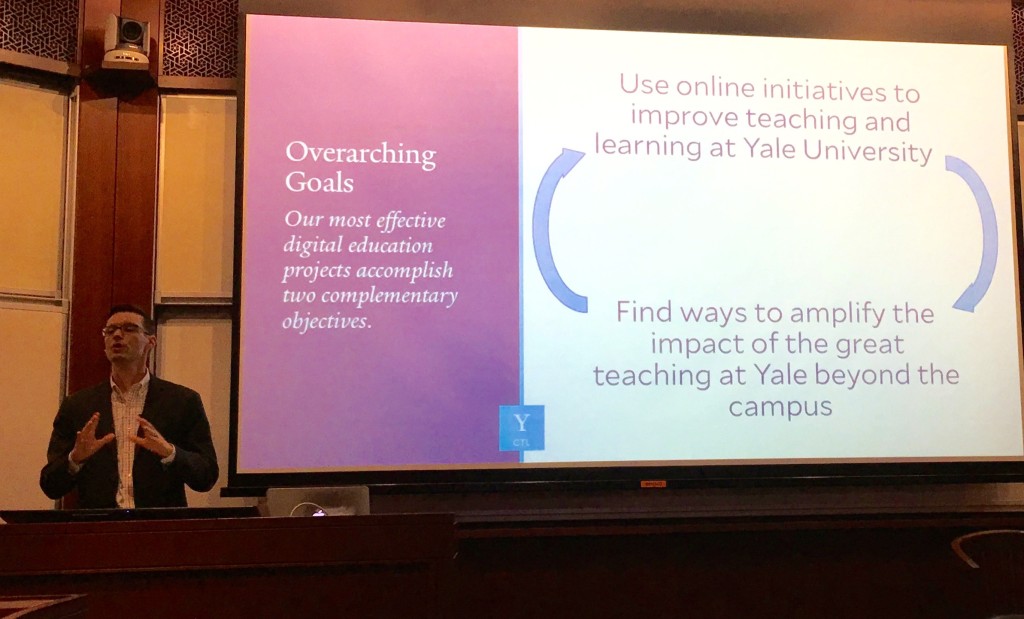