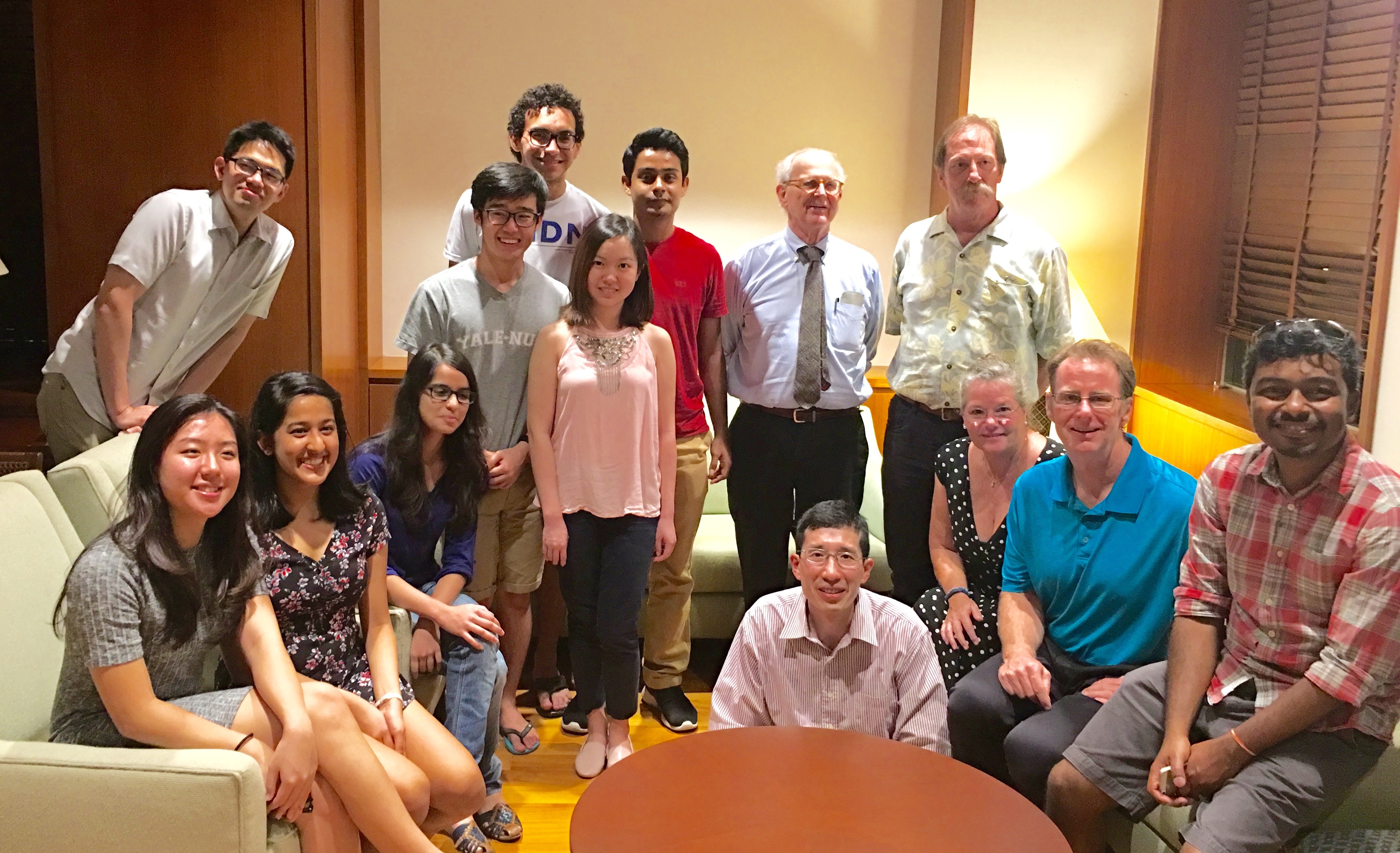 One of the most exciting discoveries of the past few years is the detection of gravitational radiation using the LIGO interferometer. These magnificent machines have been developed over more than 20 years, led by Rainer Weiss and Kip Thorne at MIT and Caltech. After such a long period of development, it is wonderful to see these machines make such an exciting discovery – and to give humans their first view of the universe using gravitational radiation. It is not an exaggeration to state that this discovery in many ways is like Galileo’s first view of the heavens in 1610 with a telescope. And like Galileo, the presence of LIGO and gravitational wave telescopes will open up dazzling arrays of new discoveries. The gravitational waves can traverse all of space, and pass through galaxies, planets and even the early universe. The extreme penetrating power of gravitational waves make them a powerful diagnostic of previously invisible explosions and entirely new classes of astrophysical objects. 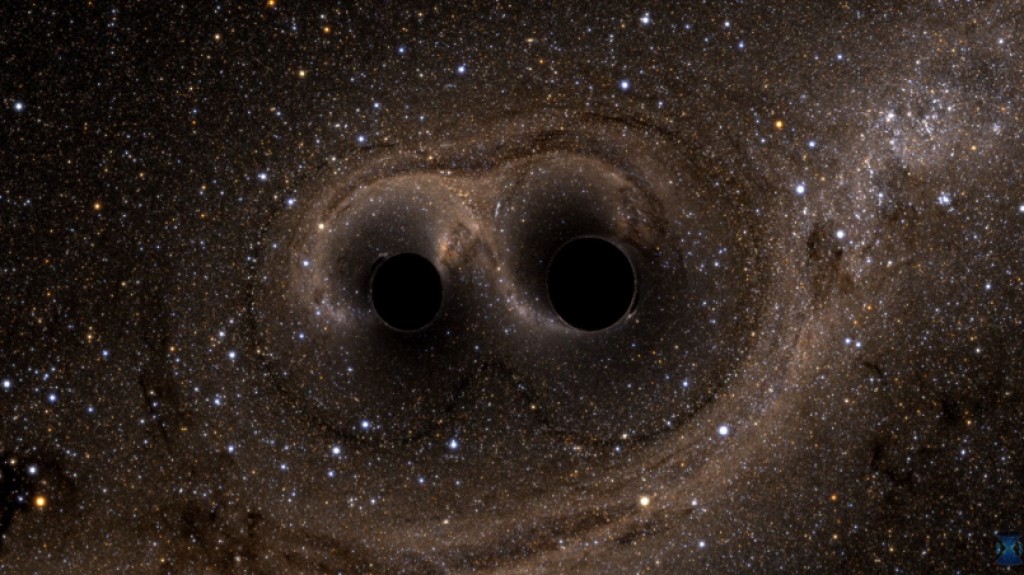 The discovery of gravitational radiation was based on a merging of two very massive black holes – one at 29 and one at 36 solar masses – that collapsed together and merged in a mere one tenth of a second. The waves were detected on September 14, 2015 at 5:51 a.m. Eastern Daylight Time (09:51 UTC) by both of the twin Laser Interferometer Gravitational-wave Observatory (LIGO) detectors, located in Livingston, Louisiana, and Hanford, Washington, USA. Since the objects were billions of light years away, however, we are only now detecting the cataclysmic merger of black holes 1.3 billion years ago!
During the merger the new black hole was created, and over 3 solar masses of energy was liberated in just 0.1 seconds. As E = mc² – this results in a luminosity that is over a trillion times greater than the brightest objects known in the universe – the quasars. These titanic energies pass through us and through our planet undiminished and undetected – until now – as LIGO for the first time can listen in on these cosmic quakes and begin to study and measure the presence of previously unknown giant merging black holes. 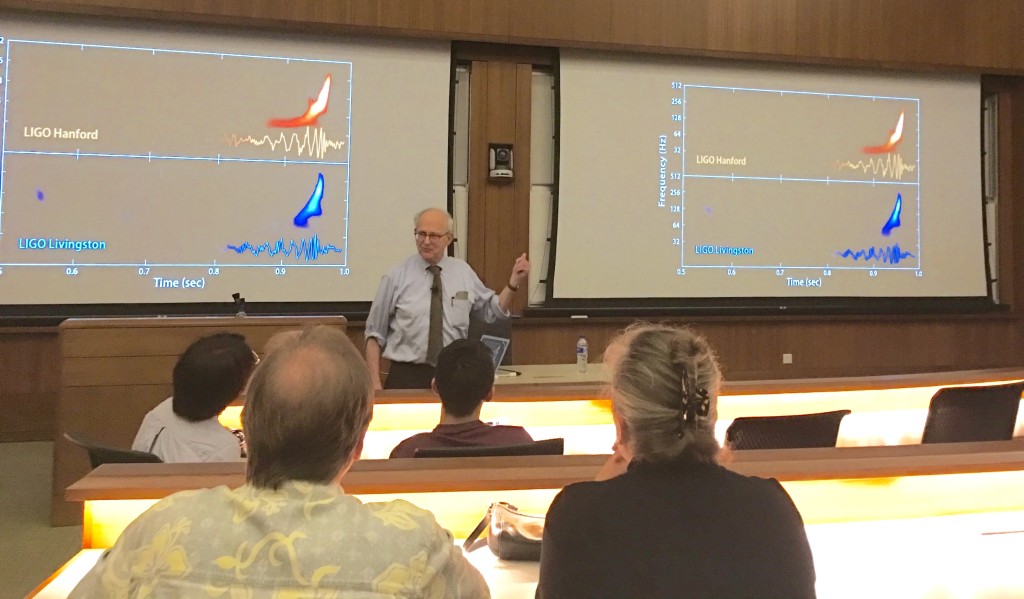 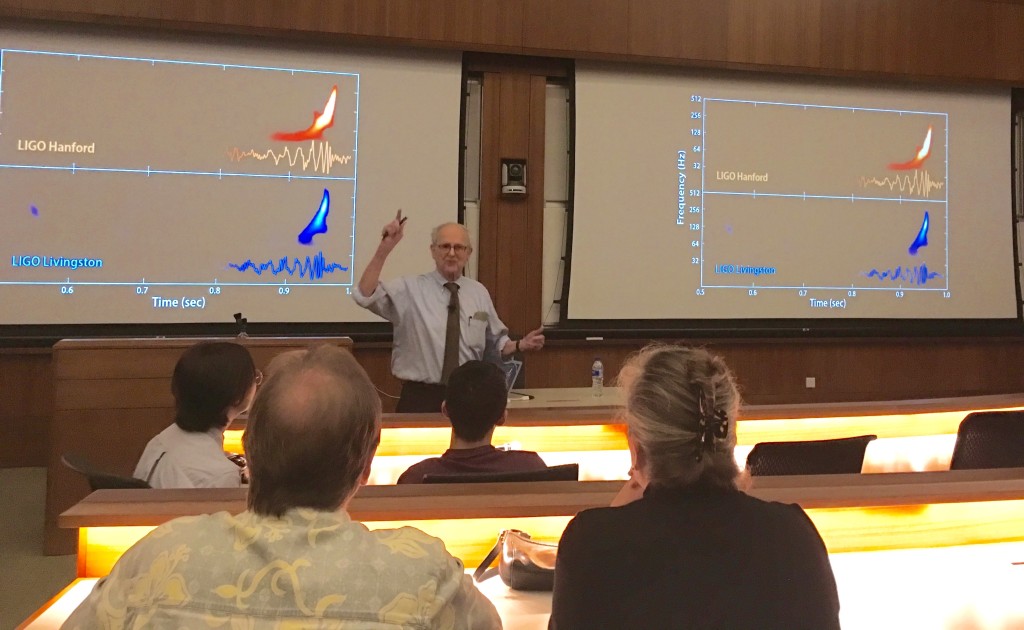 One of our Rectors at Yale-NUS College, Sarah Weiss, is the daughter of Rainer Weiss, the LIGO co-developer. We had the great fortune of two days with Rai Weiss at Yale-NUS on April 9, and he gave marvellous talks that both described the development of LIGO, and the significance of the discovery of gravitational radiation. Our students had the chance to learn directly from him about the incredible precision of LIGO – which is capable of measuring motions within its mirrors of the magnitude of 1/10,000 the size of the diameter of a proton. 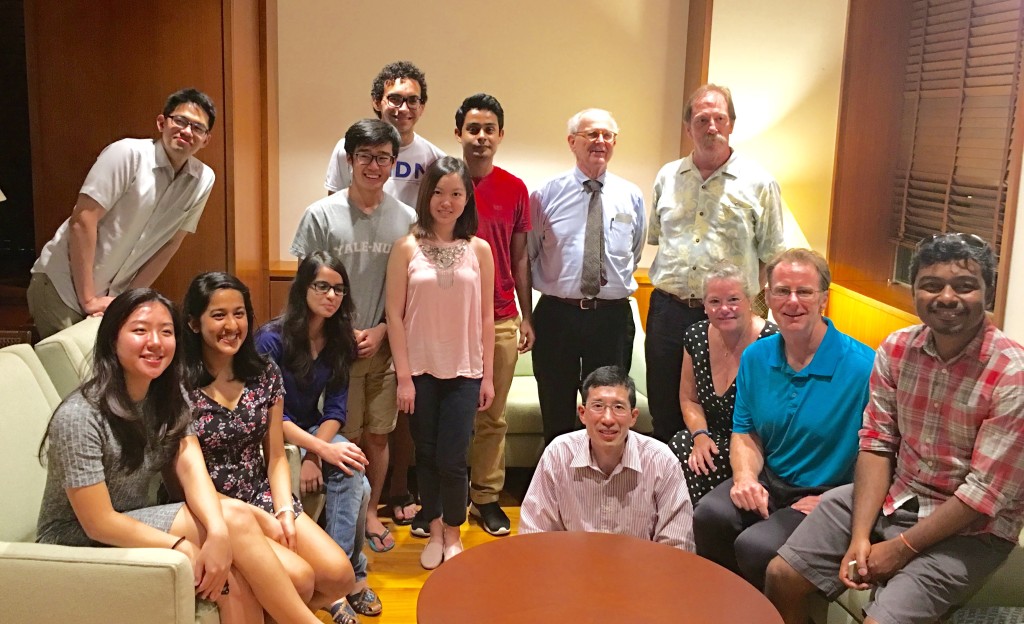