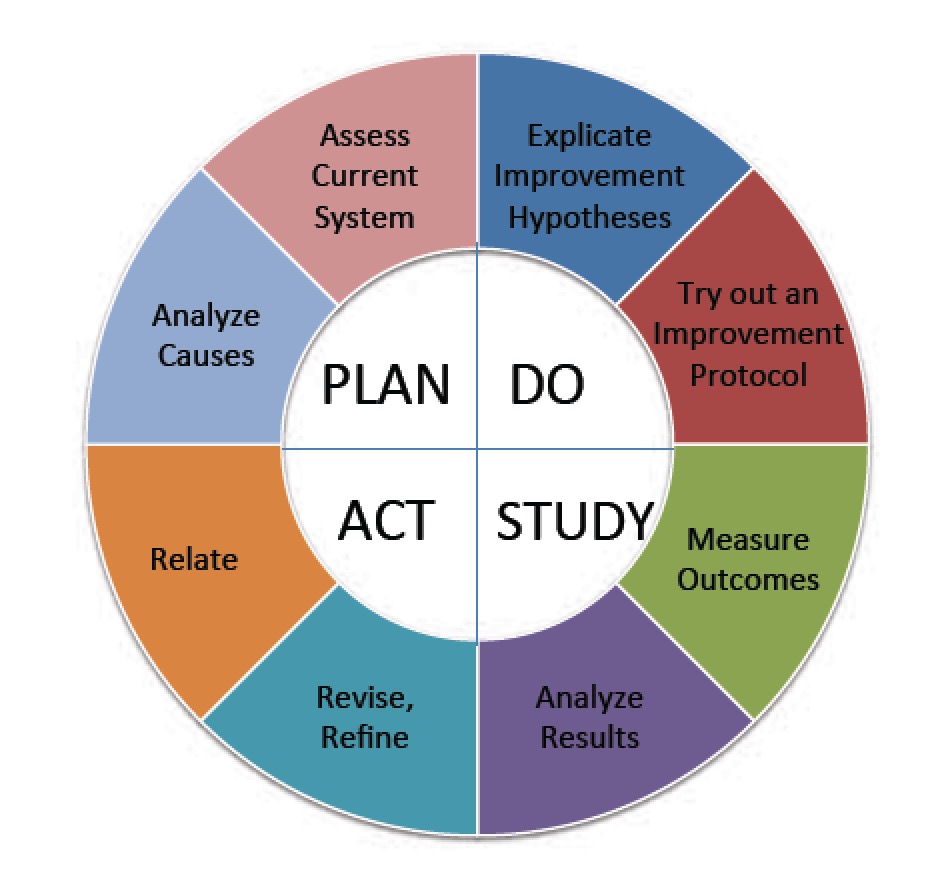 During early Semester 1 (September 2015), NUS hosted a remarkable visitor, Anthony Bryk, who is the President of the Carnegie Foundation for the Improvement of Teaching. During his visit to NUS, he offered a master class, gave a public lecture and met with the NUS Faculty of Science. I attended all of these events, and learned about his concept of the Networked Improvement Community (NIC) as well as some of his user of improvement science he has been applying to helping improve teaching in the US public schools. These concepts are extremely powerful and can be applied to any organization or system. Tony described a series of principles that should be followed to employ Improvement Science to solve a problem. These principles include  1). Be problem-focused and user centered; 2). Attend to variability; 3). See the system; 4). Embrace measurement; 5). Learn through disciplined inquiry; and 6). Organize as networks. He then described each of these elements in detail, and gave examples of how Improvement Science is being used to improve mathematics instructions in the US. He described this process as one of knowledge synthesis, which brings together research, professional organizations, and system theory. As applied to education, it is important to recall his point that education is an “intensely personal and social activity.”

Within the workshop was a remarkable demonstration of systems theory, where he took half of the class, and had them stand up in front. He told the group up front to secretly choose two people and then maintain themselves to be equidistant from both of them. Immediately the mass of people began to move in an amazingly complex and chaotic dance – illustrating how often in organizations unstated rules and complex behaviors can come together. It was a great discussion when we noticed that even a small movement from one person caused a ripple effect with a big shift in the positions of all the group. It illustrated that there was no single person in control, and that the system was reactive – causing the chaotic behavior seen in some educational contexts!

The workshop next discussed Causal Systems Analysis, which enables you to identify the causes of a problem. The tool used is a “cause and effect diagram” which arises from asking the five “why” questions – all in an attempt to identify the cause of a problem while keeping any discussions of solutions to later. The diagram is sometimes called a “fishbone” diagram that identifies a problem, and then finds the multiple causes of the problem. For an example, Tony used a broken faculty development system in many K-12 public schools – where teachers can fail without good feedback. The problem comes from several “why’s” – not enough time to give feedback; admins are too busy; only 2 admins in a school; instructional coaches were not deployed since they were covering classes; this because the process for substitutes was not working. The question of asking “why” ends when you hit a process that is not working. This becomes a leverage point and one that can suggest the proximal cause of a problem rather than the root cause.

Once the problem is identified, Tony suggests asking “aim” questions. The first one is “what, specifically, are you trying to accomplish?  The second is what change can we introduce and why? and the third is how can we measure this change, and what change would we consider successful?  Tony also described how to create driver diagrams, where your goal is identified, and you label it with several (3-5) primary drivers that will be part of the solution, and secondary drivers that include specific strategies that are part of the solution.  This diagram should identify leverage points, give a graphic representation of the solution, and should illustrate “what is happening” based on evidence. 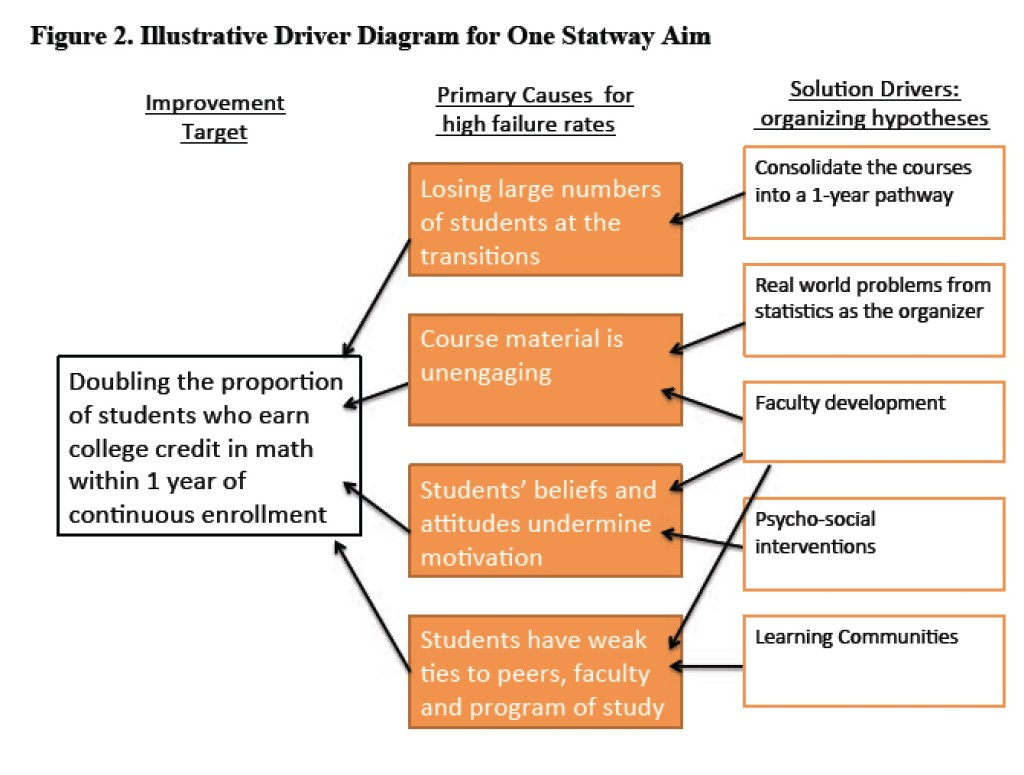 Once the improvement is started, the Improvement Science recommends an improvement cycle, which involves iteratively studying causes, assessing current system, developing improvement hypotheses, trying an improvement protocol, measuring outcomes, analyzing results, and then revising and refining in a second iteration. Seeing this system in action, and with Tony’s examples was really amazing, and I look forward to trying out some of these systems in my work at Yale-NUS College! 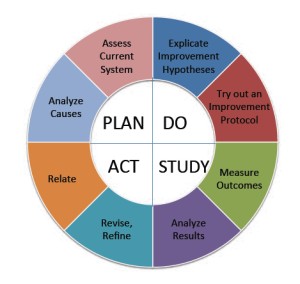 Illustration of an Improvement Cycle from Bryk, Gomez, and Grunow, “Getting Ideas into Action: Building Networked Improvement Communities in Education.”

A group of people engaged in solving the same problem, using this system of Improvement Science, can greatly add to their efficiency by adopting the same framework, driver diagrams, and testable and measurable improvement protocols. As the group of institutions begin their work, they are able to make use of the variability in their communities, and from this cross section of individuals a more robust measure of the solution can be found, along with a great range of new ideas and insights from the larger community. This structured form of improvement is known as a Networked Improvement Community. The concept is one that in some ways can be likened to a community of practice, but the difference is that the group is focused on solving the same problem, with the same set of explicit assumptions and hypotheses. These NICs have been used in a wide variety of K-12 public schools and some community colleges, and it would be great to see if this sort of focused and structured form of inquiry can be adapted to higher education!