During the Institute of Physics Singapore (IPS) meeting on Feb 22-24 (http://www.ipsmeeting.org/), I was invited to present a talk on “Cosmic Explosions” that related some of the discoveries from our GROWTH relay of telescopes based at Caltech. The talk included a mix of physics professors and students from across Singapore, and it was a great chance to share some of the latest astrophysics results with them. During the talk I highlighted “infant supernovae,” gravitational lensing sources, gamma ray bursts, and the discovery of gravitational waves, and how all of these sources are now possible to catch using telescopes that are optimized for discovering such “transients” and following up the discoveries with a global network of telescopes. 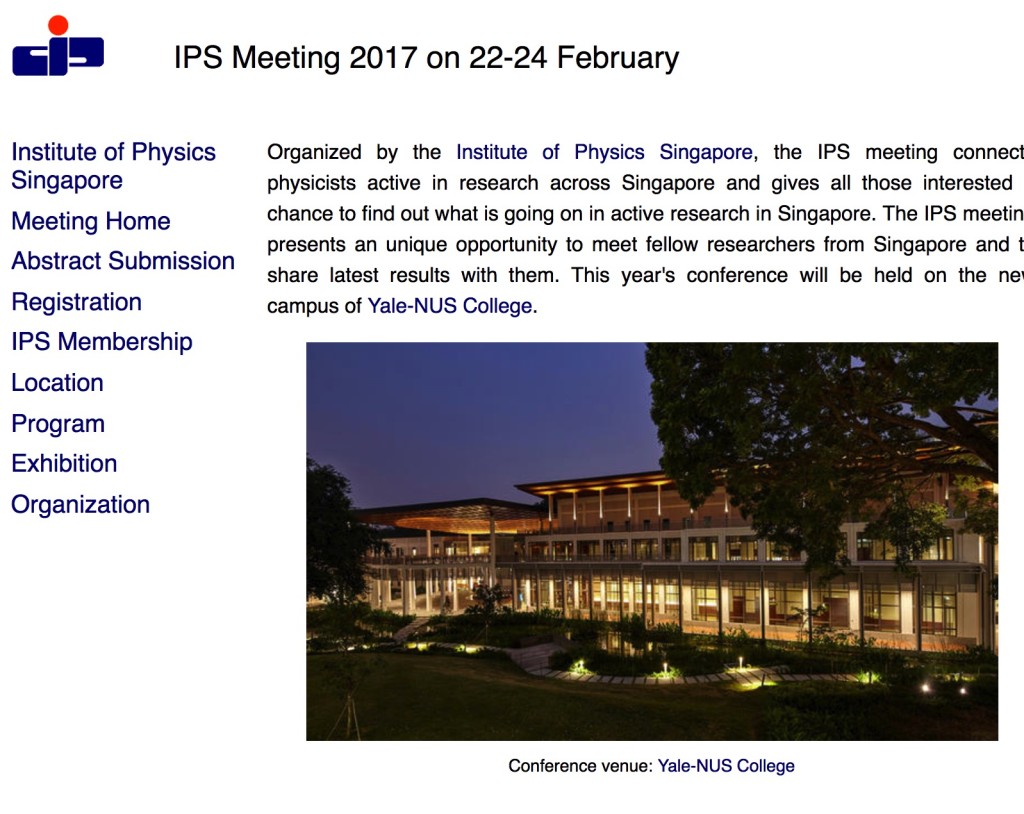 One key takeaway from this talk for me was the astounding energy of the gravitational wave sources discovered by LIGO. Based on their reported data, 3 solar masses of black hole mass were radiated away from the merger of the two black holes within the LIGO GW150914 event, which created a huge black hole over 60 solar masses in size. The energy released by merging the 25 and 37 solar mass black hole exceeds the energy radiated by the most luminous known objects in the universe, the quasar, by a factor of a trillion!  The chart of black holes merging and detected by LIGO is shown below (taken from the Caltech press release of Feb 2017), and a diagram showing the range of cosmic explosions is also shown below. Both of these figures were included in my “Chasing Cosmic Explosions” talk along with the background astrophysics of stars, supernovae, gamma ray bursts, and gravitational waves. What an amazing time we live in to have all of these discoveries to study and talk about! 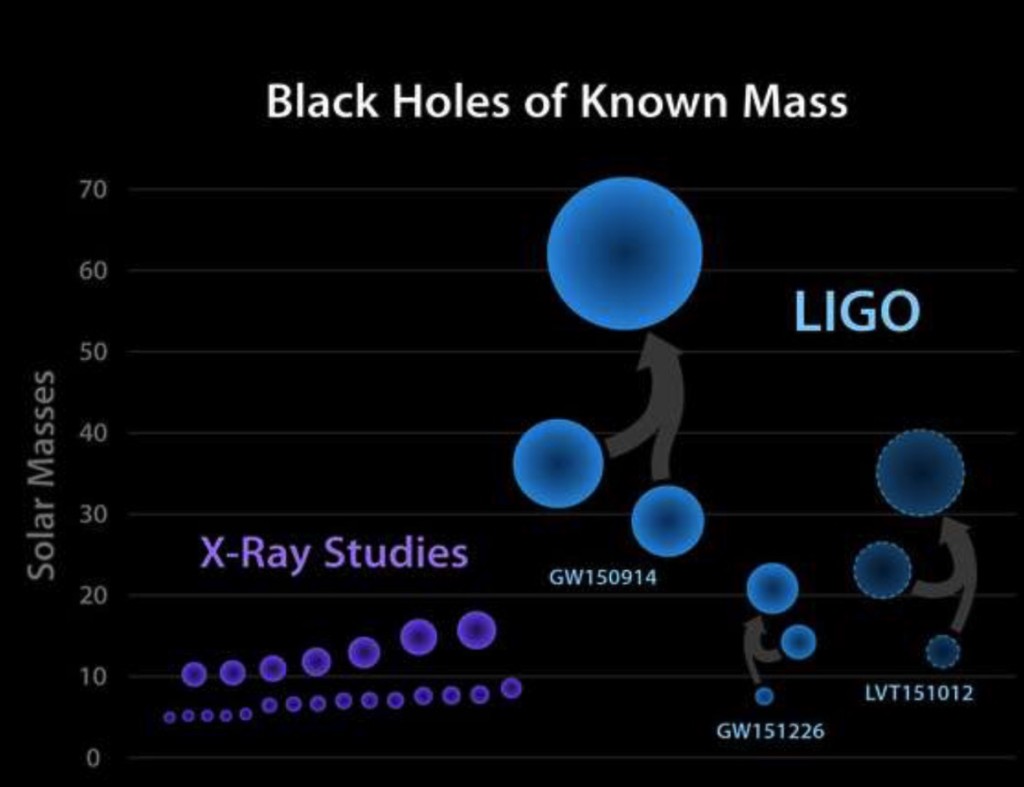