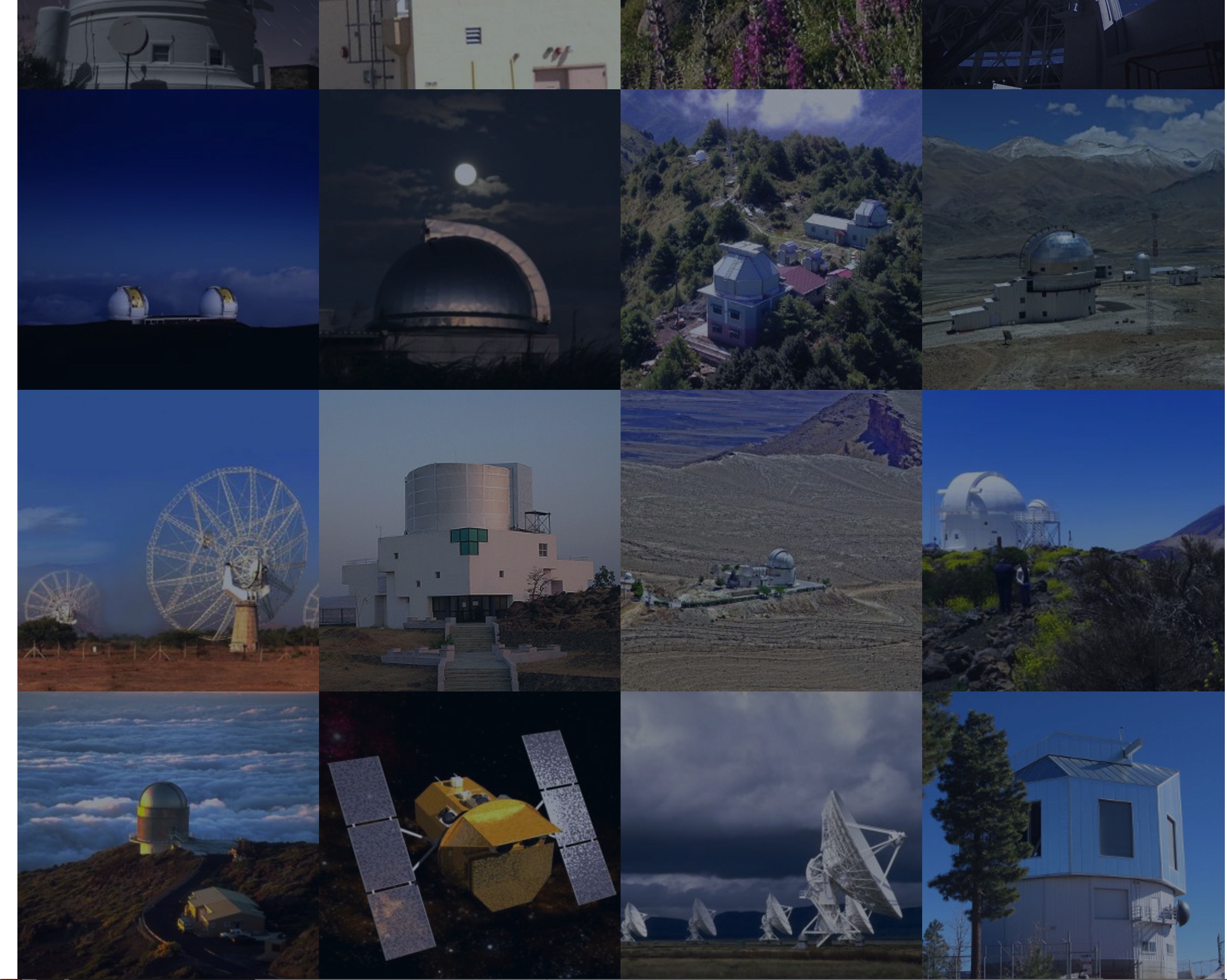 On July 25 and 26, our team of scientists in the Global Relay of Observatories Watching Transients Happen (GROWTH) collaboration met at Caltech for two days of intense discussions about the science and collaborations possible from this interesting international astrophysics group. The effort is funded by a $4.5-million grant from the NSF PIRE Program to Mansi Kasliwal, and additional funding has been obtained by many of the international partners which come from Japan, Taiwan, India, Israel, Germany, Sweden and the UK. The GROWTH web site (http://growth.caltech.edu/) describes the collaboration and many of the science goals, as well as the partnership. My role is to lead the educational efforts of GROWTH, which consists of linked undergraduate courses that make use of GROWTH discoveries in the classroom, and shared resources developed by our global team of educators.

The science meeting featured talks by the entire set of GROWTH institutions, along with many of our young postdoctoral scholars, graduate students and undergraduates who are funded by the GROWTH effort. The science questions are nicely summarized on the GROWTH web site at http://growth.caltech.edu/science-questions.html – and they include studies of endpoints of stars – Supernovae, explosive GRB’s, merging of neutron stars, and element synthesis. These events are also thought to produce gravitational waves, and their is an exciting synergy between GROWTH and the newly operable LIGO system, which is discovering several sources a year that include merging black holes and neutron stars. It is hoped that our GROWTH global telescope network can enhance our capacity to discover and monitor these LIGO discovered events, and our team includes experts in not only optical astronomy but radio, X-ray and gamma ray astrophysics. A listing of the talks is below – and some highlights for me are summarized as well in the following section.

One highlight for me was the great discussion about LIGO gravitational wave sources and their “electromagnetic counterparts” by Brad Cenko of GSFC. The interesting arcs on the sky have been computed by Brad and Mansi and allow optical telescopes to scan for light from these fascinating gravitational wave sources. Martin Elvis or Harvard University gave a very interesting talk about asteroids and how they have the potential to “save astronomy” through their potential for commercial mining and space exploration missions that can land and explore asteroids. GROWTH has a unique capability for helping determine orbits to newly discovered Near Earth Asteroids which can support future NASA missions.  This is one project that our Yale-NUS and Pomona students may be involved in during the coming years. An interesting network of telescopes in Japan was discussed by Nobu Kawai from Tokyo Institute of Technology, including optical telescopes in Japan, South Africa, and Chile, and a high-energy telescope on the International Space Station. The newly developed Himalayan telescopes in India were described by G.C. Anupama from IUCAA, and a new 0.7-meter telescope has been constructed at their high altitude site at 15,000 feet for work with our GROWTH collaboration. The potential to link closely with India is very exciting, and I have begun this process with a good collaboration with Varun Bhalero who is working with me and my student Gabi Mehta (Pomona) to study x-ray binary systems using AstroSAT, the Swift Satellite and the Yale SMARTS telescopes in Chile.

The GROWTH work also includes researchers working with new telescopes at La Palma such as the Liverpool telescopes, and the Nordic Optical telecsope (discussed by Semeli Papadogiannakis from the Oskar Klein Institute in Sweden), as well as non-optical devices such as the IceCube antarctic array of particle detectors, and the Milagro Radio telescope (discussed by David Kaplan from the University of Wisconsin, Milwaukee). The meeting was very exciting and I look forward to future collaborations with this very friendly and dynamic group of astrophysicists!

Below is a montage of some of the telescopes that are part of this impressive global array of telescopes, from the GROWTH web site! 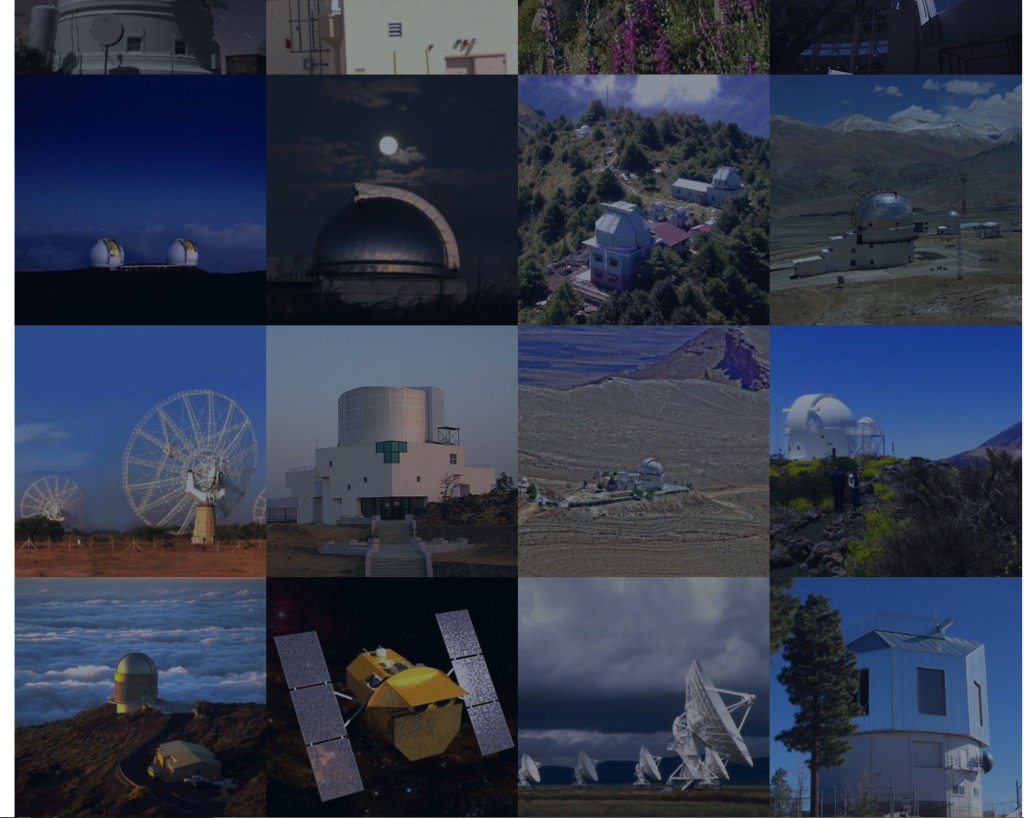 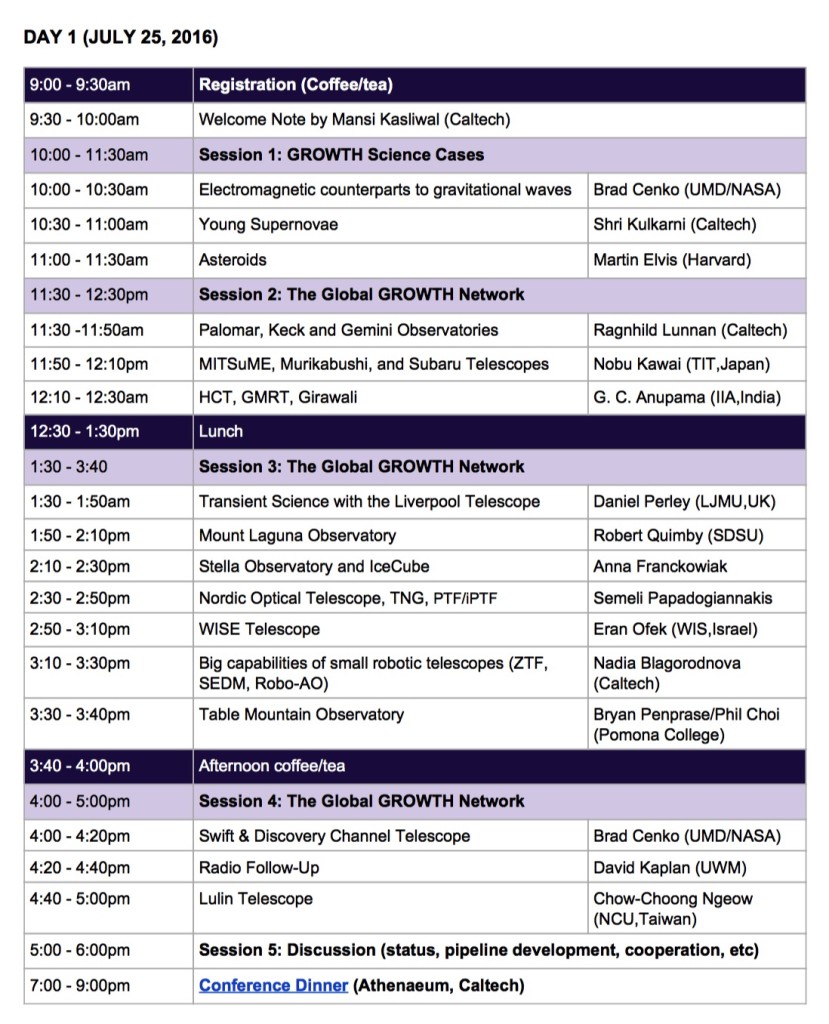 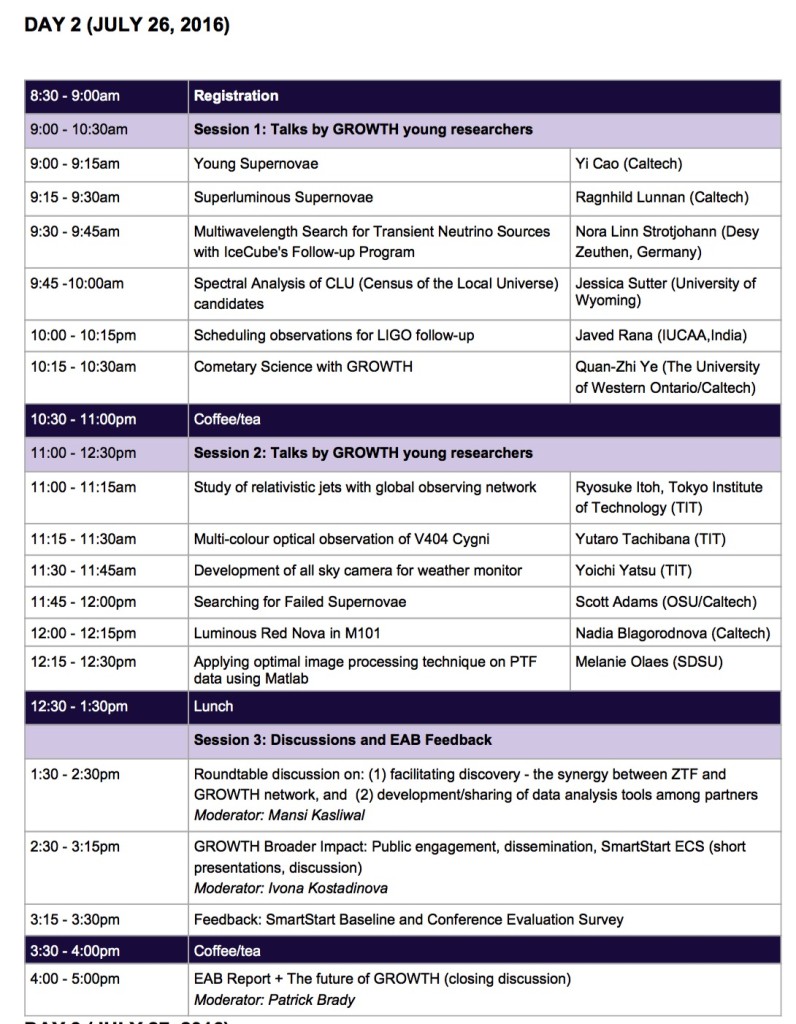