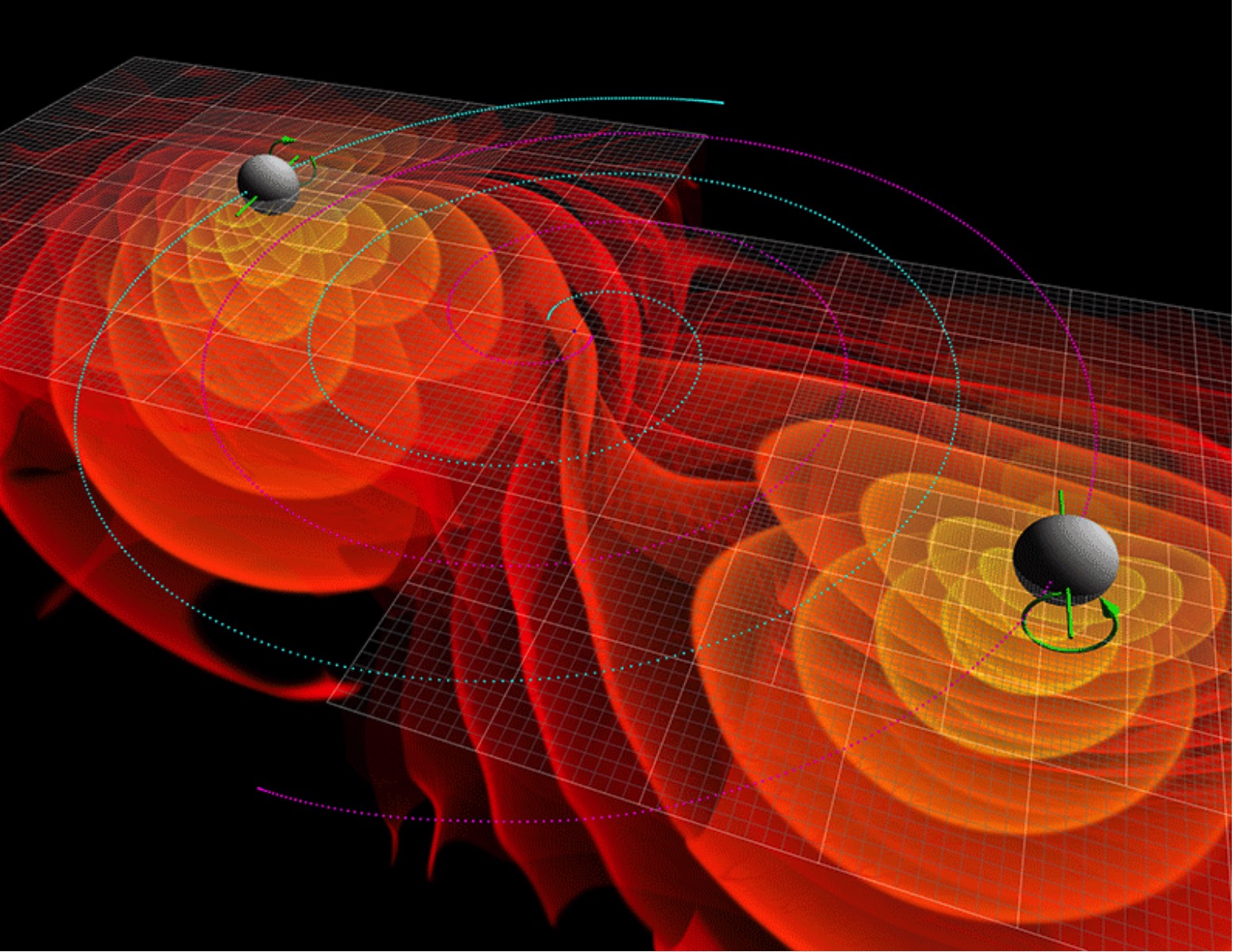 This was one of the highlights of the Spring Semester 2016!  At long last, gravitational waves were directly observed with the LIGO system. The detection, which was measured on 14 September 2015, was a century after Einstein predicted these waves.  The LIGO facility, run by Caltech and MIT, was over 30 years in the making. It had been through many upgrades – the last of which gave it the precision of measuring the movement of its mirrors by a small fraction of an atomic nucleus! 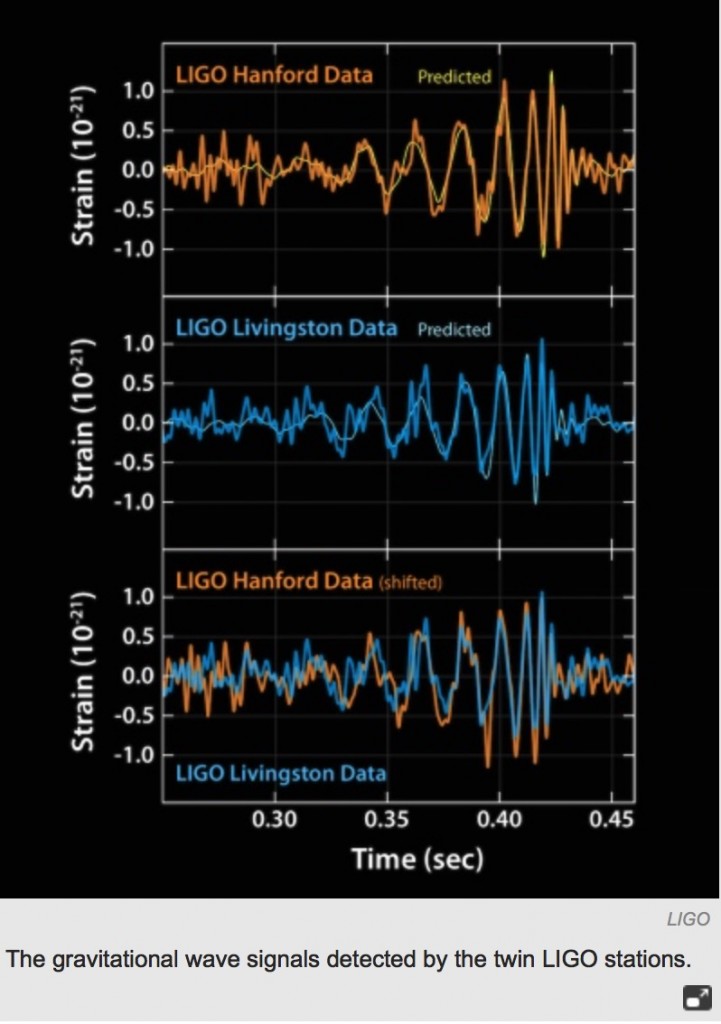 LIGO spans the North American continent, with a pair of interferometers in Washington State and Louisiana.  LIGO is something of a “cosmic seismograph” capable of detecting the cosmic earthquakes of black holes and neutron stars collapsing and merging together. These cataclysmic events are capable of distorting space and time in such a profound way that the shock to space and time ripples through the billions of light years of space, until every atom of every star, plant, asteroid and moon quiver under its influence!  The profound nature of this discovery cannot be understated. Even though Einstein predicted gravitational radiation back in 1915, and Taylor predicted and verified the existence of these waves through binary pulsar orbit decay in 1974 (winning a Nobel prize in 1993), this is the first time in history that humans have been able to detect this form of radiation directly. 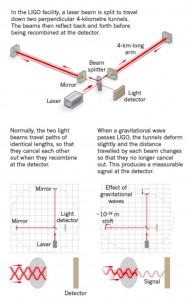 The gravitational waves are “ripples in spacetime” that travel as distortions of space-time at the speed of light. The ripples cause a quadropole distortion in which one axis of space is compressed, while the other expands. This quadropole motion is able to be detected by the Michelson Interferometer – a pair of laser beams at 90 degrees from each other arranged to cause interference. Any displacement of one arm of the interferometer – even by a tiny fraction of the wavelength of light – can cause the interference pattern to shift. This same type of device was used by its namesake, Albert Michelson in 1887 to verify that the Earth is not moving through ether – a hypothesized absolute medium which would cause the speed of light to change in the direction of Earth’s motion. In an ironic twist of science history, this same device which inspired Albert Einstein to develop his Special Theory of Relativity in 1905, with some upgrades and modern technology was able to confirm Einstein’s theory of gravitational radiation over a century later! The modern technology includes having laser beams moving through an evacuated pair of tubes at 90 degrees from each other, with a total length of over 4 km. The beams also bounce X times within each path, multiplying the sensitivity of the device by thousands of times over a simpler single pass interferometer. The LIGO device can detect distortions of space and time at a level of precision of 1 part in 10^22 – or to a fraction of 10 billion trillionths of its path length. This level of precision allows LIGO to see motions of its mirrors that are less than one thousandth the size of an atomic nucleus! This refinement is possible through the superb optics, improved electronics that can count individual photons, improved coatings, and acoustic isolation systems. The precision enables LIGO to detect these cosmic quakes throughout the universe. As such, LIGO is a new window with which to view the universe. 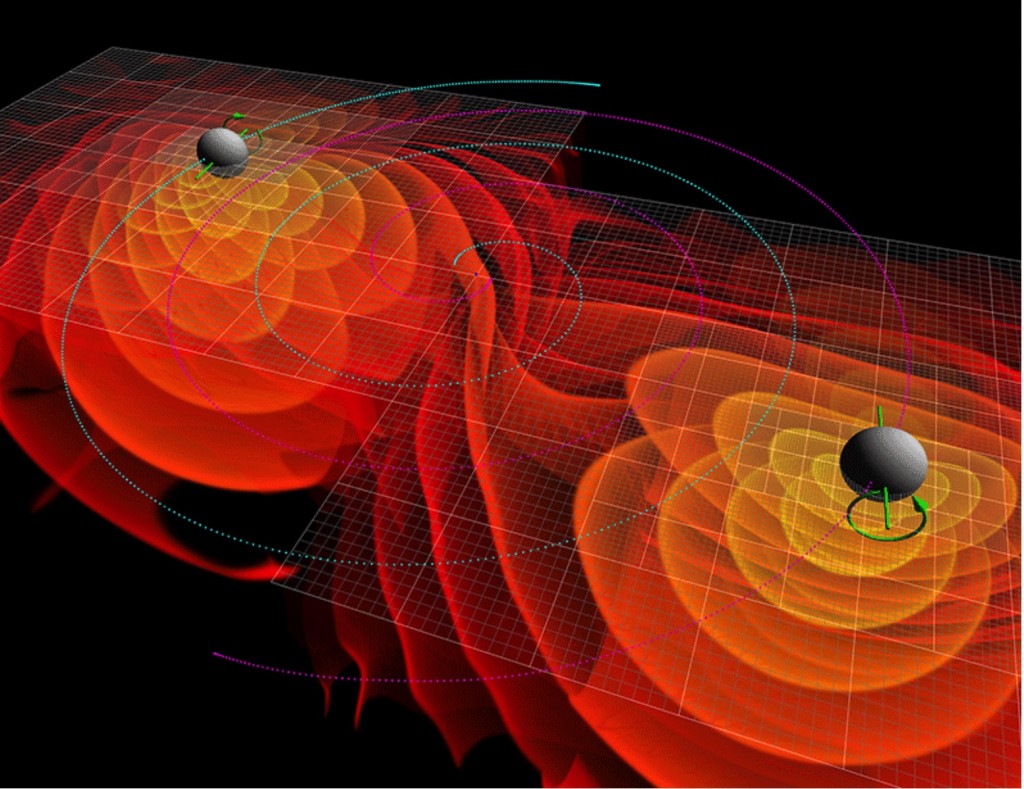 Gravitational waves, unlike light, pass through matter unimpeded, and are capable of being seen in all directions – regardless of the presence of mountains, the earth, or the Milky Way galaxy!  This transparency to gravitational radiation extends to the early universe. Gravity waves escape unimpeded from the interior of the Big Bang – and are capable of being detected at epochs before recombination. This means that a more advanced gravitational wave detector in principle could see back in time and directly watch the Big Bang as it happened – to the very first centuries of the universe’s 13.7 billion year history!  For now LIGO will be a premiere instrument for detecting neutron star-neutron star mergers, which also produce Gamma Ray bursts. The gravitational radiation arrives before electromagnetic light, enabling a LIGO detection to predict the eruption of a Gamma Ray Burst. This makes it better than a seismometer as LIGO can predict these quakes of the universe before they can be seen in electromagnetic light!

Our ZTF (Zwicky Transient Facility) telescopes will be able to detect optical counterparts of many of the LIGO events – both before and after they are detected by LIGO, enabling a powerful supplement to LIGO’s technologies. It makes the ZTF project even more exciting, and having both LIGO and ZTF at Caltech makes Caltech even more of an “epicentre” of astrophysics!

http://www.kavlifoundation.org/how-ligo-works – How LIGO Works, From the Kavli Foundation