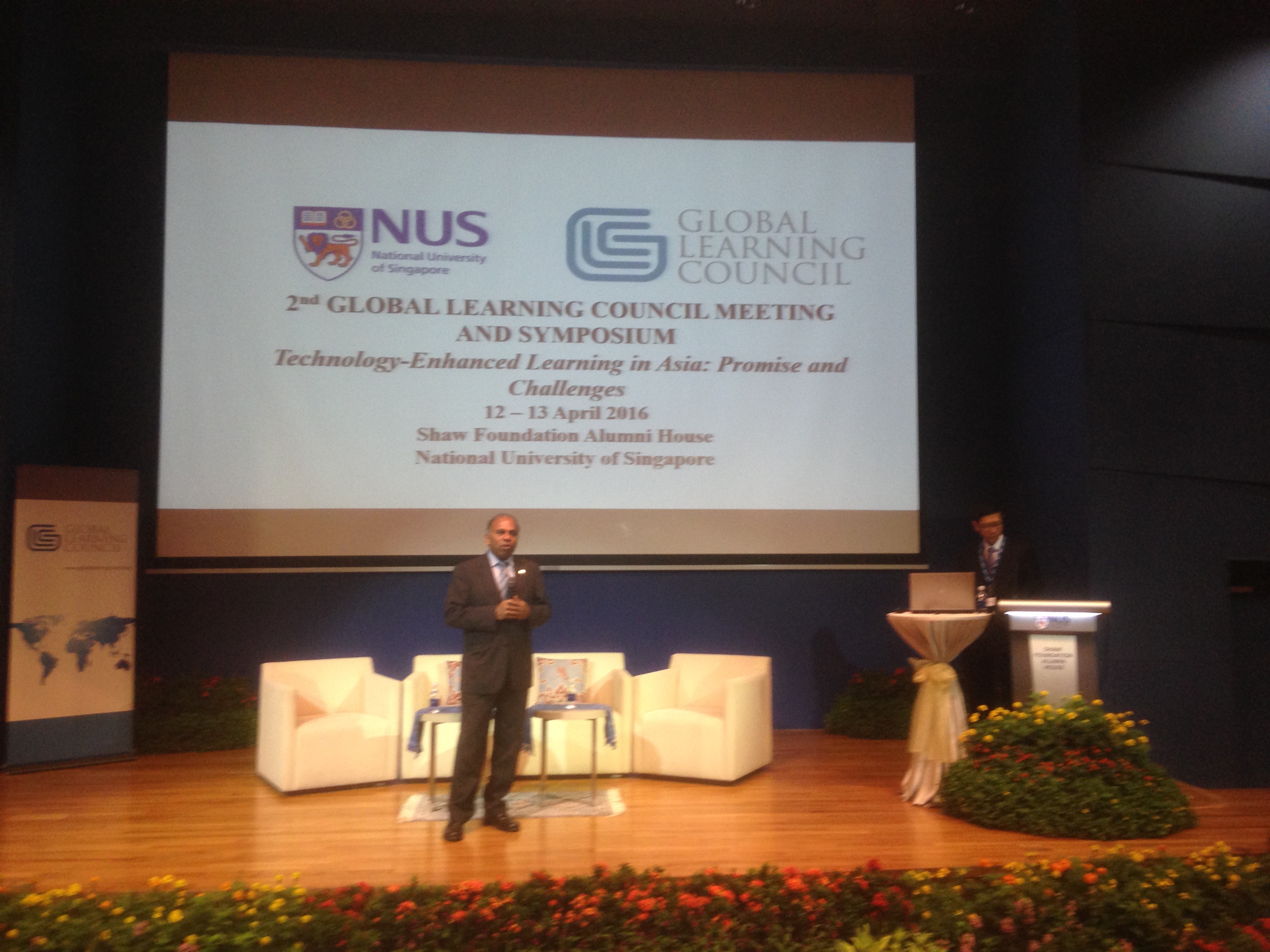 On April 12 and 13, the Global Learning Council (http://www.globallearningcouncil.org/) met at the National University of Singapore. I was invited to attend, and met with leadership from Carnegie Mellon University, NUS, the World Economic Forum, and a very interesting international group with large delegations from Germany, Japan, and several other countries. The theme of the meeting was promoting Technology-Enhanced Learning in Asia – and we were offered several very good talks about the changing landscape of industry, geopolitics, and economics, and how those impacted higher education. 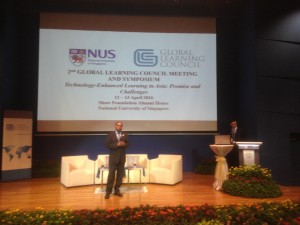 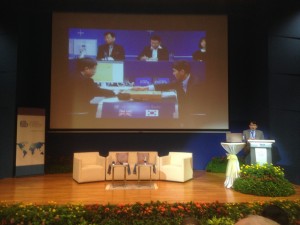 The meeting opened with Dr. Subra Suresh, President of Carnegie Mellon University, and Chor Chuan Tan, President of NUS giving opening talks. Then Lee Howell from the World Economic Forum gave a very interesting talk about the “Fourth Industrial Revolution” – the rise of artificial intelligence, materials science, and biotechnology – that will accelerate technologies and require new models of education. The Fourth Industrial revolution follows the earlier revolutions which gave us power from steam, production lines for Model T’s and processing in the form of computers. From the Davos World Economic Forum, which Lee Howell helps plan, came a very interesting video dramatising this Fourth Industrial Revolution.

After the talk a variety of leaders from industry and government described the skill set needed in 2020. These included skills like complex problem solving, critical thinking, people management, coordination with others, emotional intelligence, judgement, decision-making, and cognitive flexibility. The skills all can be developed from a good liberal arts education – making the Yale-NUS project seem more relevant!  The World Economic Forum provided a “Future Jobs Report” ( http://reports.weforum.org/future-of-jobs-2016/ ) – which outlines some of these details. The executive summary of this report is available below:

WEF_FOJ_Executive_Summary_Jobs  (executive summary of the Future of Jobs – PDF). 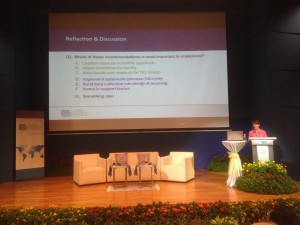 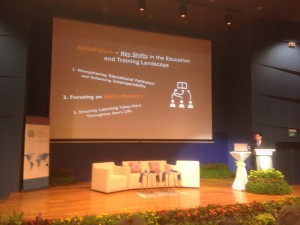 Other speakers included the Singaporean Minister of Education, who described their FutureSkills initiative, and a series of speakers from Kaplan, Microsoft and the Gates Foundation. One of my favorite talks was from Kathy Takanaka, the Director of Columbia’s Teaching and Learning Center and Deputy Provost of Undergraduate Education. She described new methods of science teaching in which instructors emphasize the ways in which science probes the unknown, and the value of uncertainty, and “liminality” in science teaching. This idea of “liminality” also comes up in the educational theory of Threshold Concepts, and is a vital way to mobilize students and to create profound and deep learning. 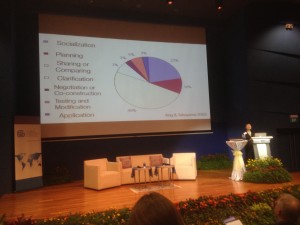 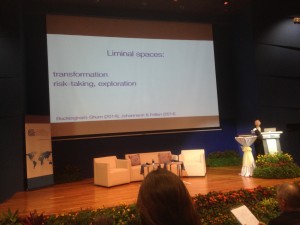 The meeting was inspiring, thought-provoking, and wonderfully future oriented. The NUS President, Chor Chuan Tan, is one of the board members, and currently director of the GLC. This makes for some great opportunities to get involved in this fascinating organization, and I look forward to their next meeting in Berlin! 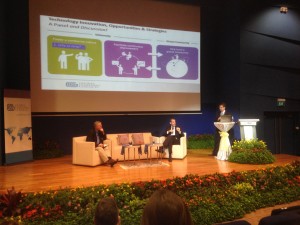