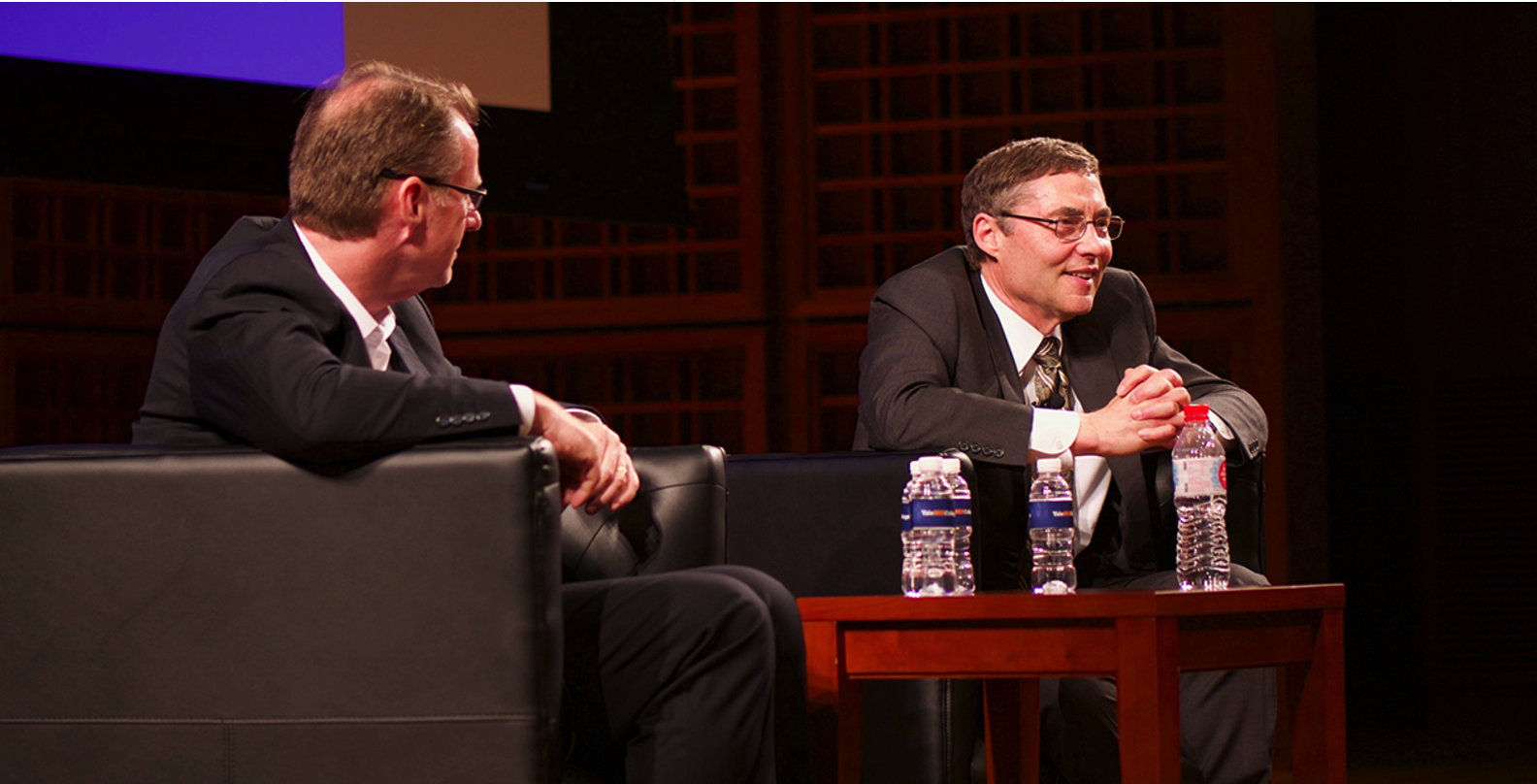 Day 2 of our STEM Innovation Symposium included a number of fantastic talks by Carl Wieman, Nobel laureate in Physics, as well as plenary talks by Bob Kamei of NUS, who leads a new center at NUS known as ALSET, and by Adrian Lee, who helped create the NUS Special Programme in Science, and who is a leader in flipped classroom pedagogy.

Carl Wieman’s workshop was more of a dialog with the audience, and we had about two hours of Q&A with our visiting Nobel laureate on all aspects of teaching and learning. Carl described how to design effective learning outcomes, and pre-class assignments that will enhance student learning. He provided a diagram for structuring an active learning class which included a mix of small mini-lectures, punctuated by clicker questions with feedback and discussion questions. His examples included courses in biology and physics, and gave good illustrations of how to implement more effective techniques in teaching. Within his field of physics he also stressed having everything in the class in alignment with learning goals – including in-class activities, readings and assignments. In developing an active learning environment, it is important to have this alignment to provide reinforcement for the students as they construct their new ideas both in class and out of class. With his wife, Sarah Gilbert, Carl Wieman has created a number of very useful resources for guiding instructors as they retool their classes in this way, and these resources can be found at the CWSEI web site: http://cwsei.ubc.ca/resources/instructor_guidance.htm. 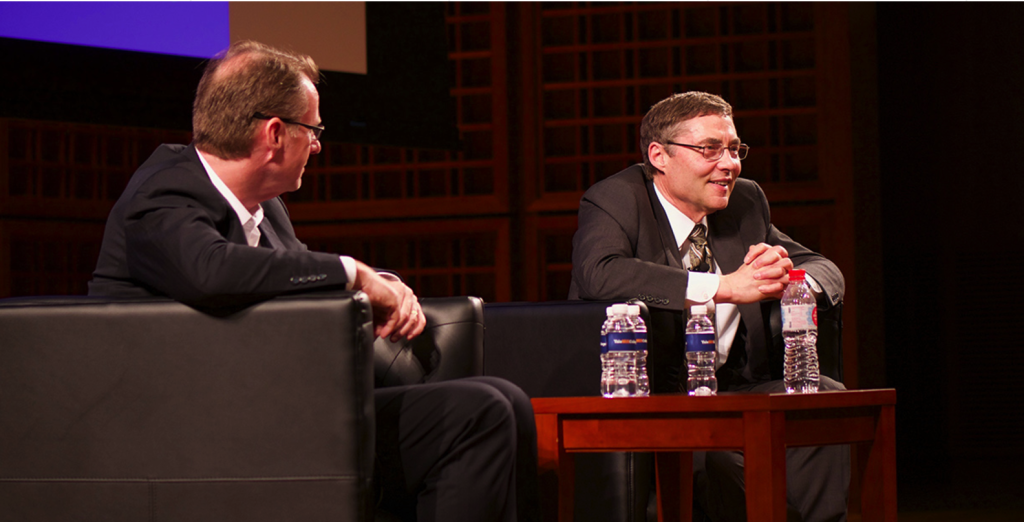 Carl Wieman’s evening talk reviewed his journey into the world of science education, after he had an “enlightenment” 30 years ago. This enlightenment, which he has described in earlier articles, came from realizing that his students after 17 years of success in classes were clueless about physics. Yet when they entered graduate school, in only 2-4 years they became expert physicists. This caused him to study the “learning puzzle” and he realized that by combining cognitive psychology, brain research and university classroom studies, a “scientific” approach to teaching was now available. This involved being aware of motivation, connecting with prior thinking, applying what is known about memory (which downgrades lecturing as an effective instruction method), and providing explicit authentic practice of expert thinking with timely and specific feedback on thinking. His subsequent research has validated this technique with numerous controlled studies, and he is now working to implement large scale reform in university science education, which is the subject of his new book – Improving How Universities Teach Science. 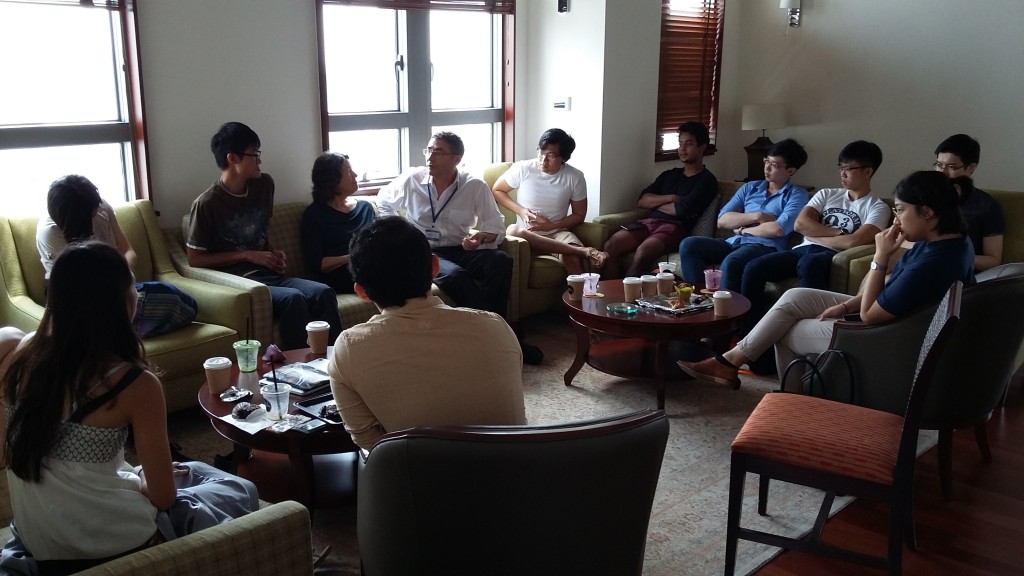 These photos were taken from the auditorium, so apologies for poor lighting and resolution! 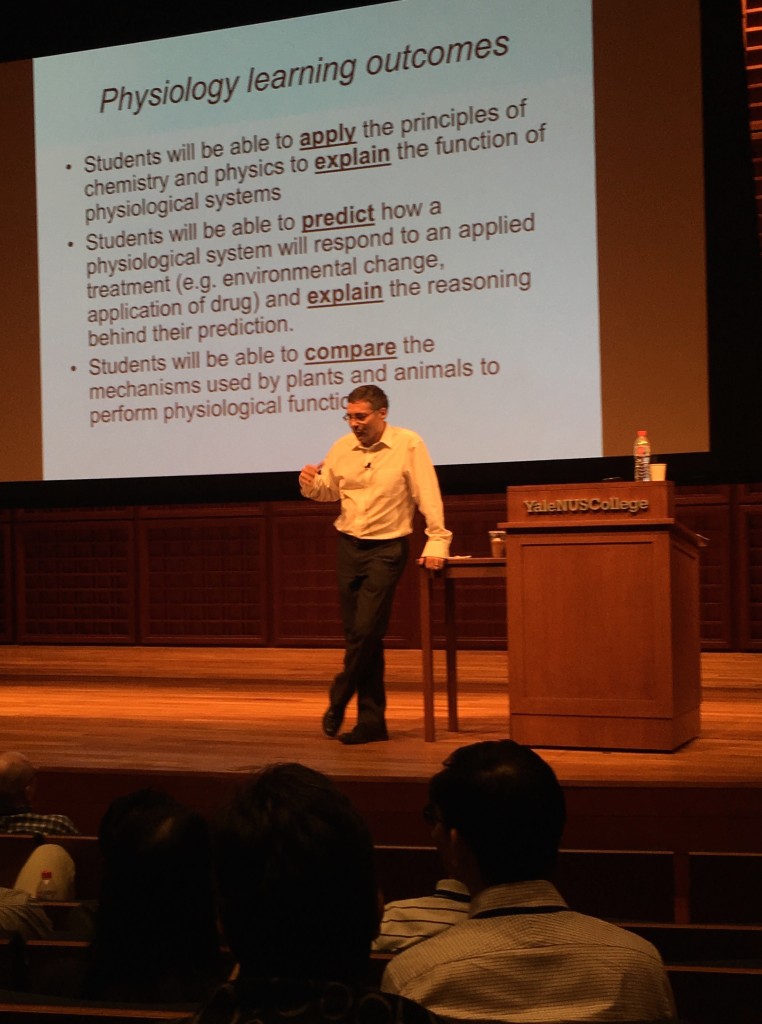 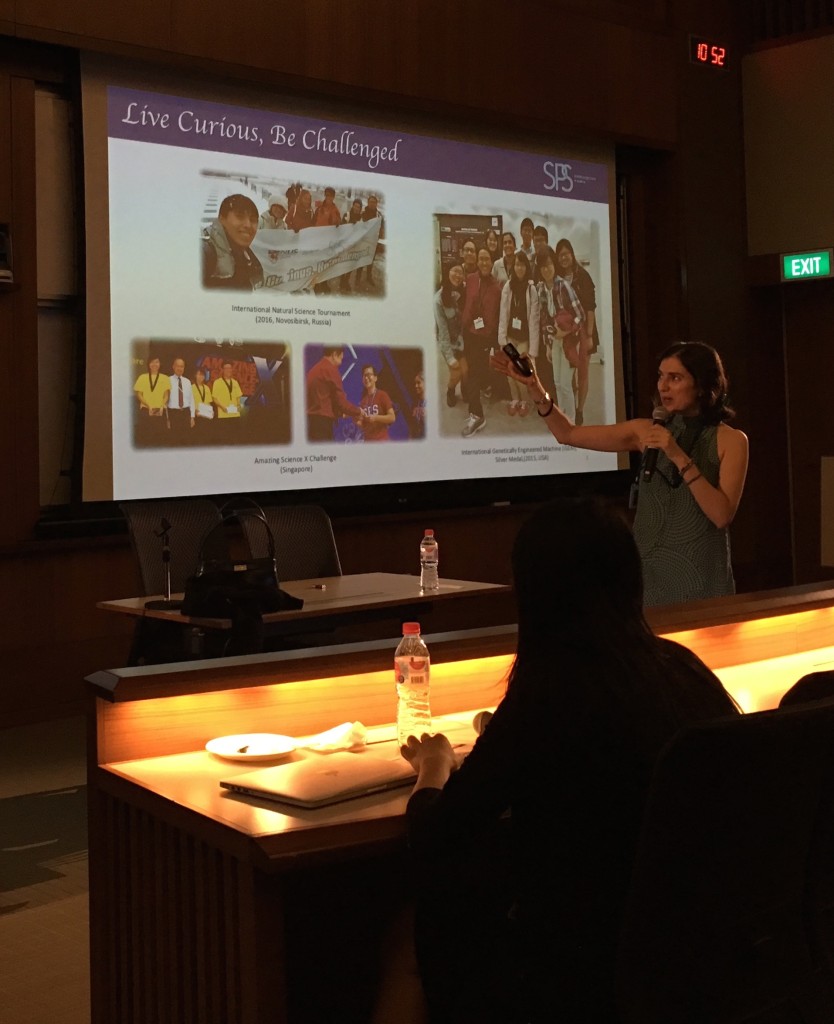 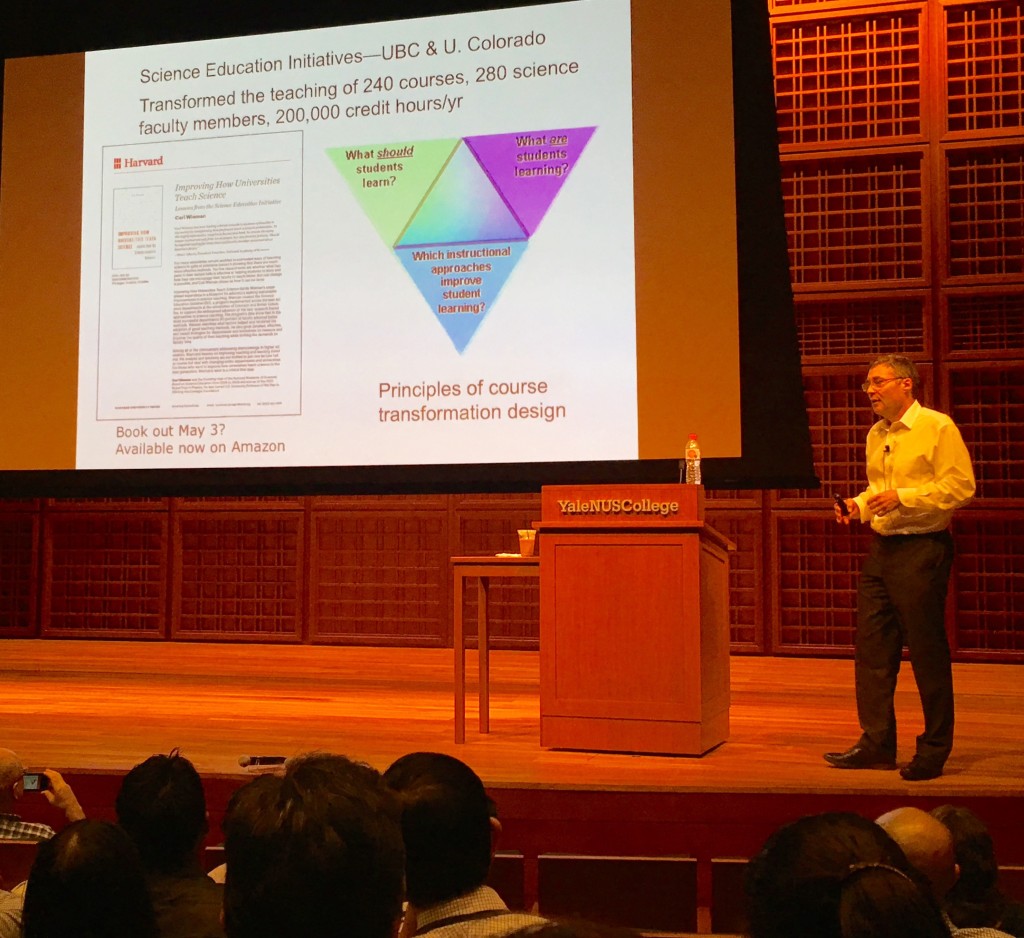 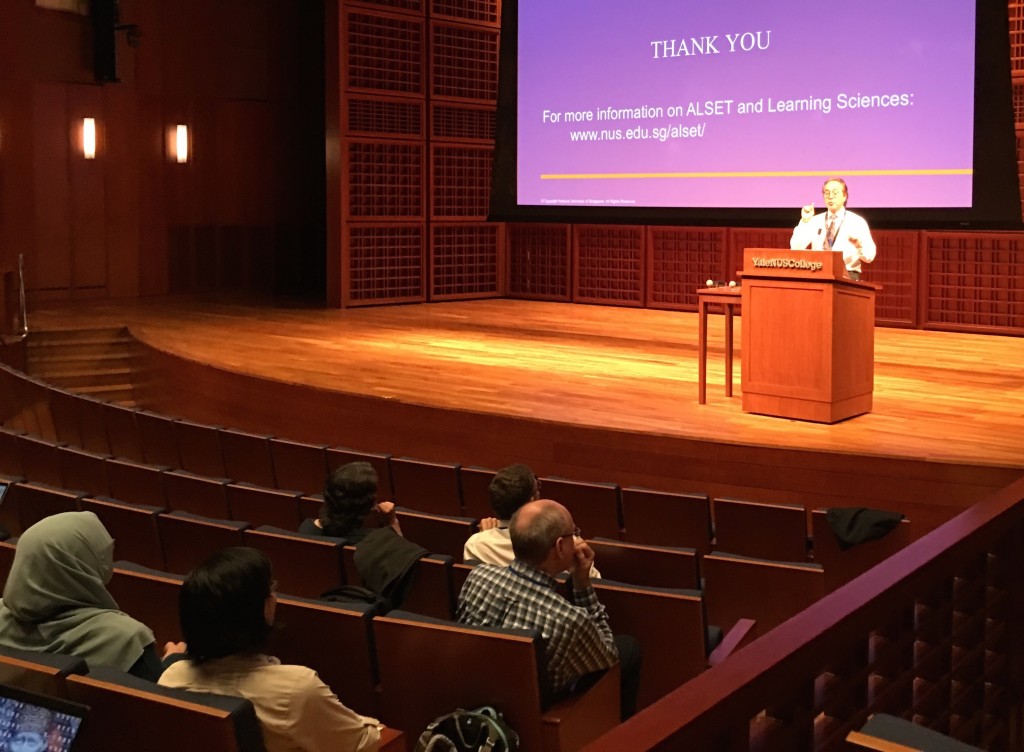 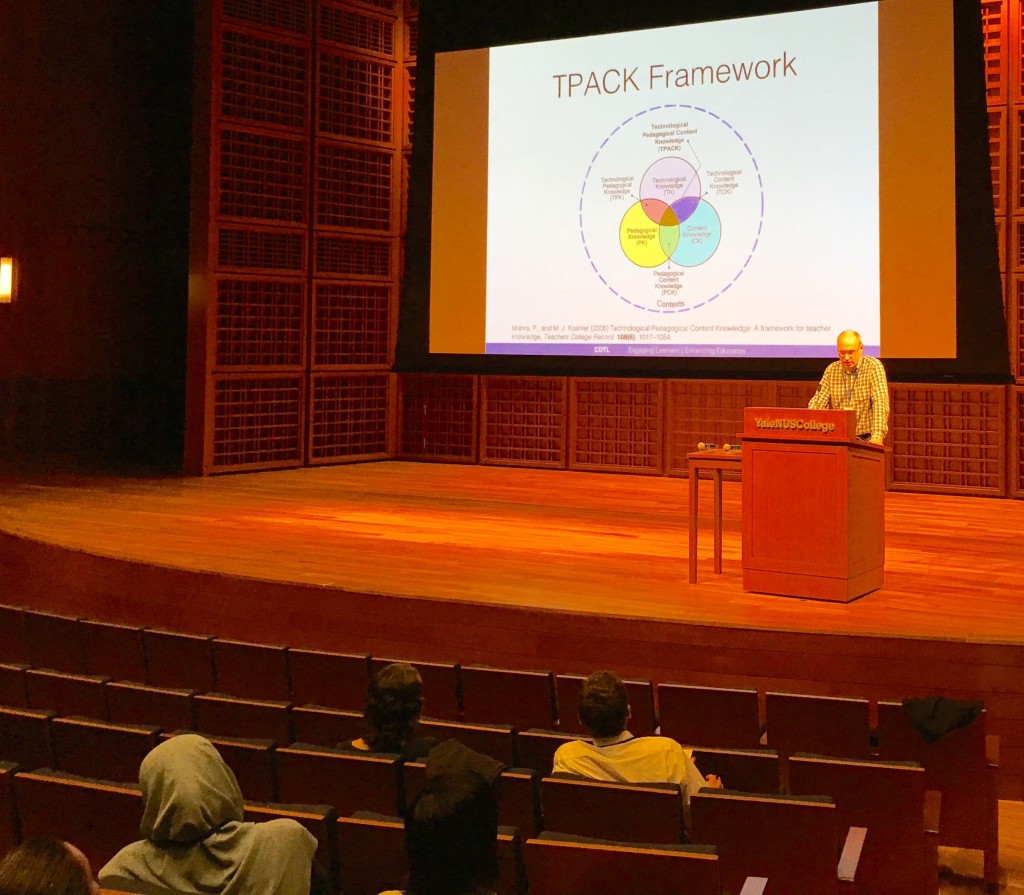