Astrophysics talk at Seoul National University, and visit to Center for the Exploration of the Origin of the Universe 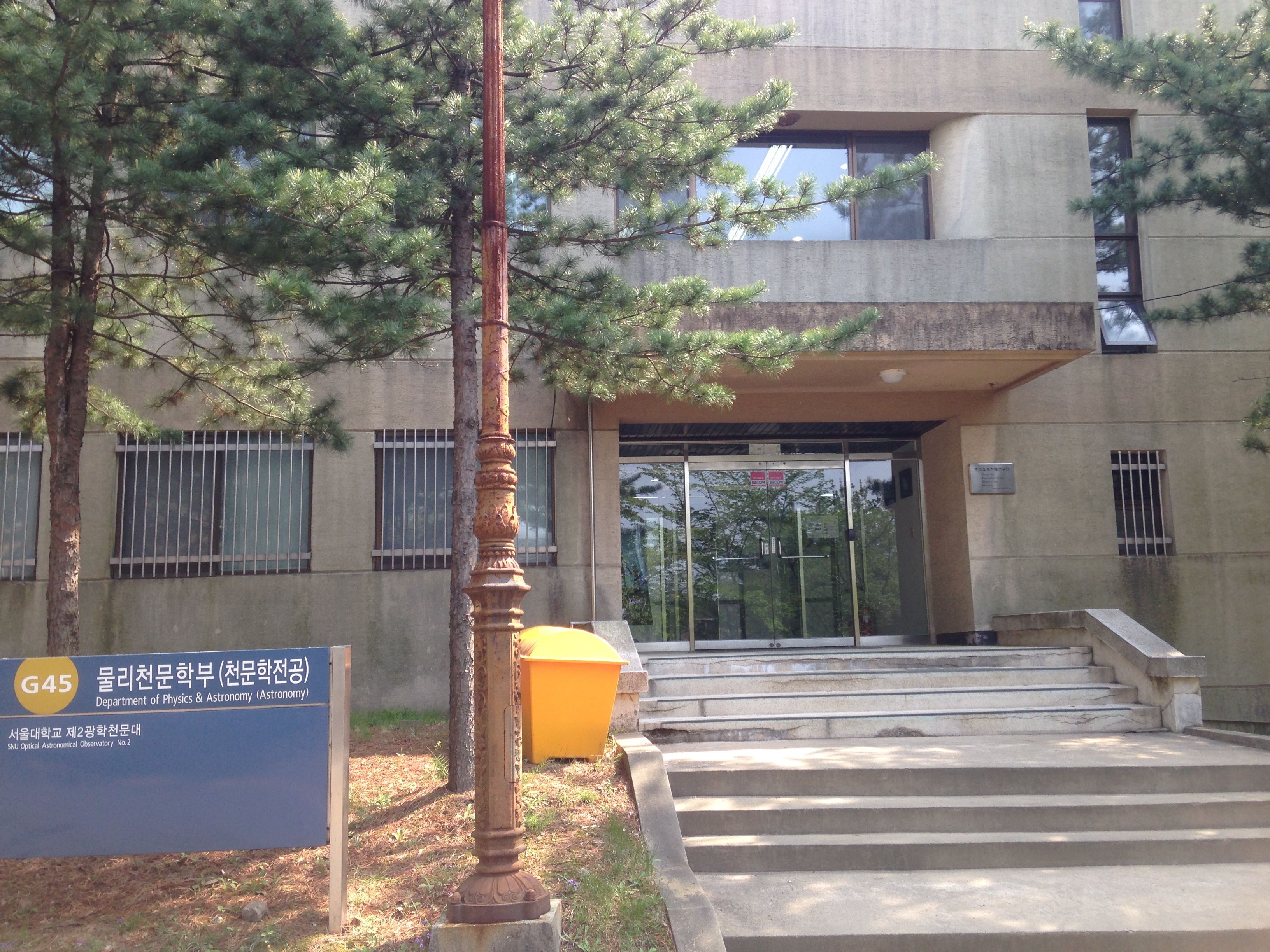 During late April I took a trip to Seoul, to give a talk at the Seoul National University, where my friend and fellow astronomer, Myungshin Im, runs an institution known as the Center for the Exploration of the Origin of the Universe. The campus of SNU was stunning, with all manner of Azalea flowers and impressive new buildings for alternative energy research, engineering and for other academic buildings. 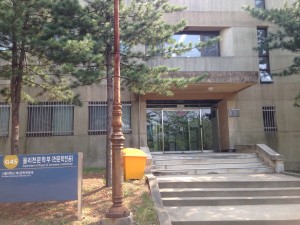 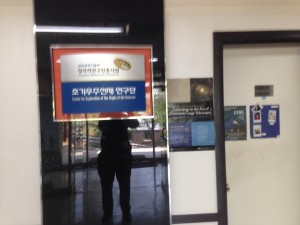 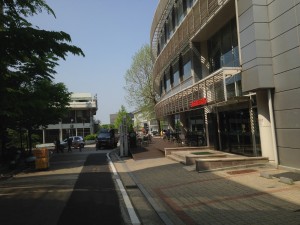 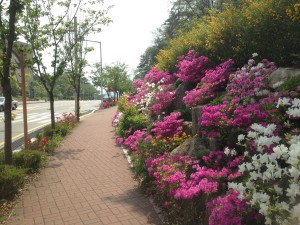 While talking to Myungshin, I learned about his far-flung telescope empire – this includes telescopes in Kazakhstan, Australia and across Korea, as well as a part-time telescope in Hawaii (the UKIRT telescope on Mauna Kea). Myung Shin is able to build instruments in Seoul and take them out to the various telescopes, then operate the telescopes to help monitor newly erupting supernovae and other variable sources. It is an impressive feat of technical prowess and time management. The Australian telescope is a plane-wave 0.43-meter telescope, which can be purchased for a relatively low cost of $100,000. I also learned some new things about Korea’s ancient astronomy heritage – Myungshin’s center had an ancient Joseon dynasty sky map from about 1400  that is reminiscent of the Suchow planisphere from China from 1100 AD. Myung Shin also showed me a photograph of one of the oldest intact observatories in the world – a Korean stone observing platform from 800AD.  My talk went well and I really enjoy meeting with the graduate students and learning more about the diverse range of astrophysics research in South Korea. 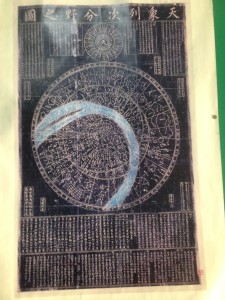 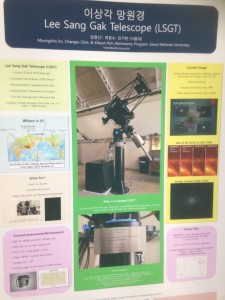 We also had a nice dinner with Myung Shin and one of his SNU colleagues, where we dined on the amazing Korean BBQ food, and even tried some of the interesting rice beer from Korea. A wonderful experience – and a chance to see SNU, which is a vast and dynamic university in a very beautiful and serene setting. SNU was founded back in 1895, and had a location in central Seoul. It was only recently moved to its present campus in 1975 – which is known as the Gwanak campus – which used to be a Samsung Corporation retreat. This explains the very new buildings and large open spaces and parks which gives the campus a very peaceful feeling. After my trip to SNU I was very excited about astrophysics and academic in Korea and look forward to coming back! 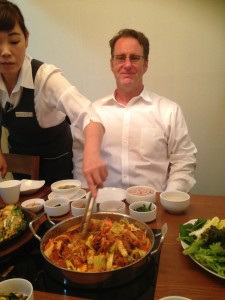 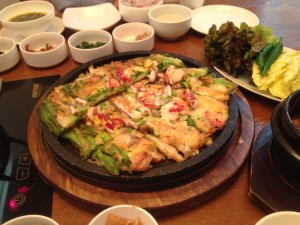 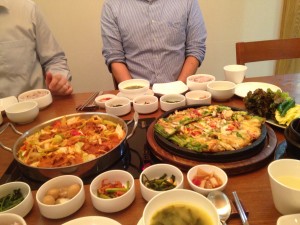 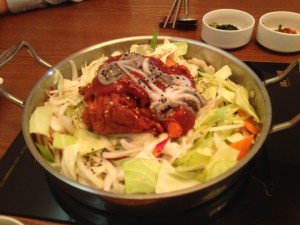 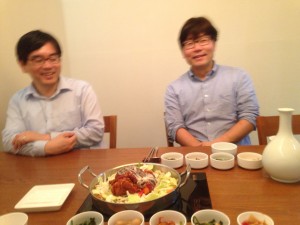