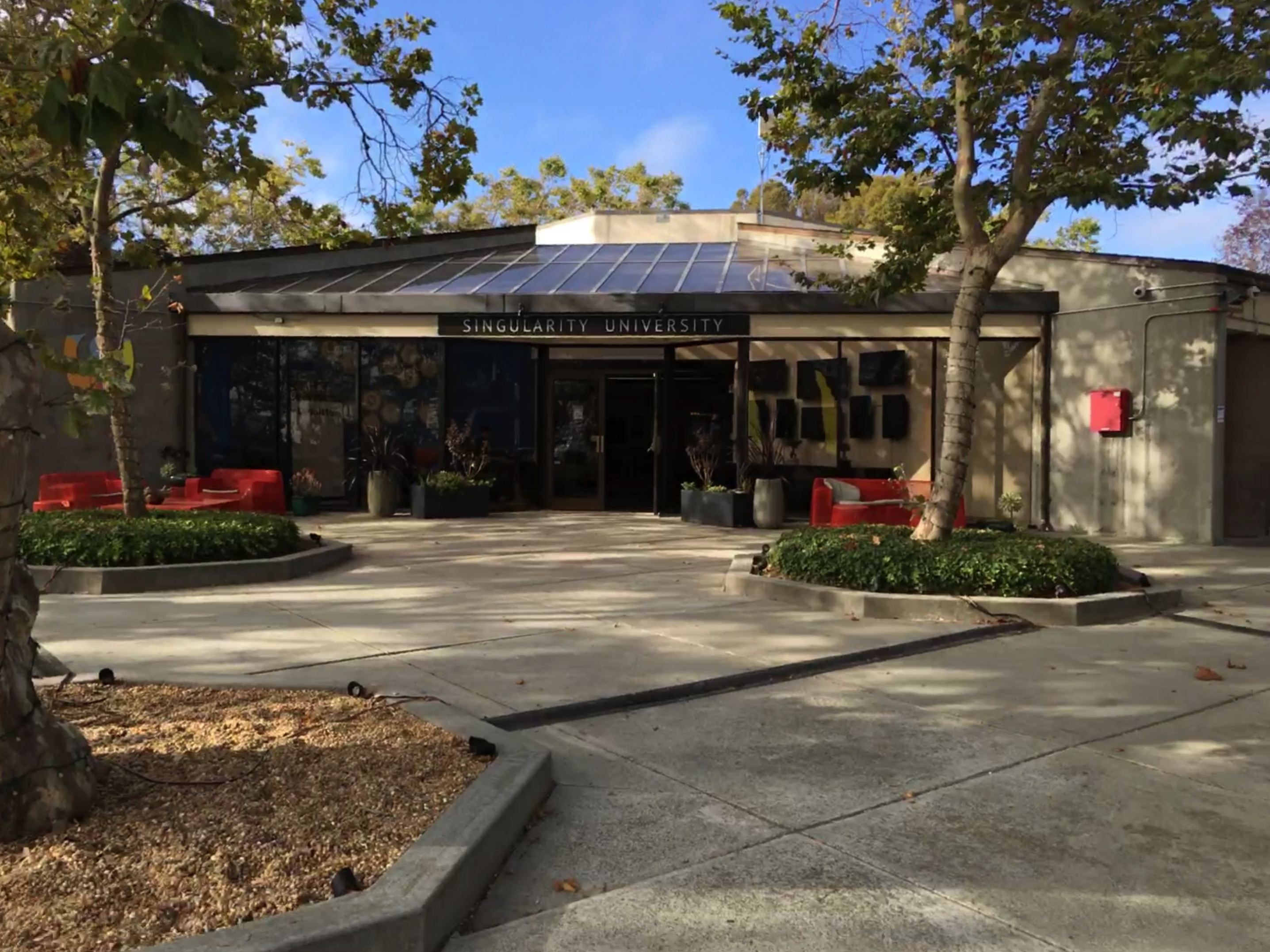 While in California I had a chance to visit a new educational “startup” within Silicon Valley, Singularity University (http://singularityu.org/). The University arises from the inspiration of two of the founders, Ray Kurzweil (who wrote a book on the “Singularity“), and Peter Diamandis, entrepreneur, founder of the “X prize” and an MD and PhD who has written several books on exponential technologies (most recently the book Abundance: The Future is Better than you Think  – https://www.amazon.com/Peter-H.-Diamandis/e/B006392BR2 ). Since our book club in SoCal had read the Singularity book a long time ago, and my wife Bidushi was a big fan of Diamandis and his work, I wandered down to their campus while staying in Mountain View for other meetings. The campus is situated in the midst of somewhat dilapidated NASA buildings, which gives it an odd mix of being both futuristic and retro. However the optimism and energy of Singularity university is anything but retro – but instead is full tilt for the future. This refreshing futurism is built into the programs at Singularity which are designed for entrepreneurs who would like to impact the lives of a billion people. The entire concept of Singularity, and the name, arises from the assumption that exponential technologies – like computers – will improve steadily at an accelerating rate, creating entirely new industries and capacities for civilization improve every aspect of our lives. New nanomaterials, artificial intelligence, synthetic biology, gene therapies, faster computers, and other technologies will all converge at a pace that most people have trouble visualizing (so the theory goes), and so it requires an entirely different type of thinking known as “exponential thinking” or an “abundance mindset.” 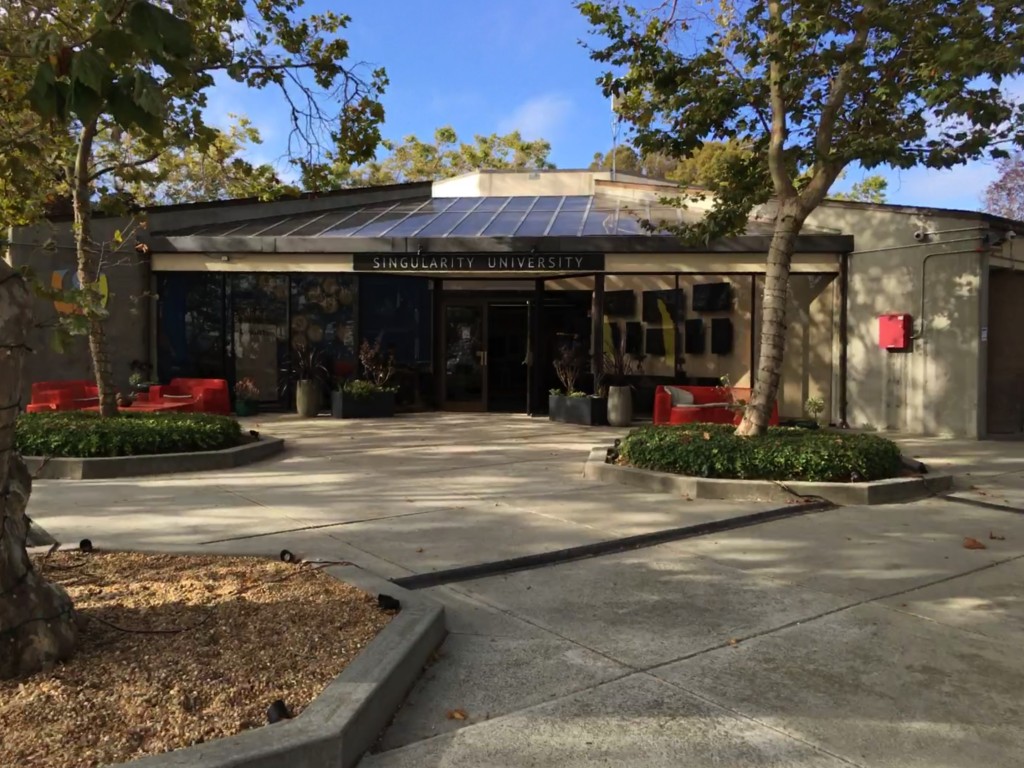 The classes for the Global Solutions Program are held in this building. Students inside consult as teams as they design projects and companies that will improve the lives of over a billion people in the next 3-5 years.

The campus of Singularity is located inside NASA Ames Research Center, itself a former military base which has relics of its Navy heritage such as cannons and spaces for parades.

To dramatise the idea of exponential thinking, the old quote by Wayne Gretsky- “I skate to where the puck is going to be, not where it has been” – can be modified by imagining a puck that is not gliding smoothly along the ice in a linear way, but that has been equipped with a small rocket motor that causes it to race ahead at an ever-increasing velocity. This is the kind of change the thinkers at Singularity are trying to visualize and plan for, and the campus is something of a think tank for future-oriented inventors and entrepreneurs.

The campus inhabits a central part of the mall which includes stately Navy buildings facing a central grassy area with cannons and other military monuments. Within the mall is the Carnegie Mellon University center, and a few unused buildings. The entire complex at Ames has something of the feeling of a ghost town, but upon entering the Singularity building that impression is immediately replaced with energy – young people talking on earbuds to unseen collaborators, small groups of students huddled together, and colorful banners and signs everywhere from some of the frequent corporate events and short classes in the campus.

I managed to arrange a meeting with Nicholas Haan, director of the Global Solutions Program. The Global Solutions program (http://singularityu.org/gsp16/) is a 10-week immersion into a curriculum that includes Global Grand Challenges, Site Visits, and workshops, followed by team projects, and a chance to launch those projects with new companies. The students are selected from around the world, and for 2016 these lucky individuals were in residence together from June 18-August 20 to discuss their solutions to the world problems to expand their solution from “positively impacting millions of lives locally and globally” to billions of people. A set of Global Grand Challenges have been identified in areas that include water, space, security, prosperity, global health, energy, environment, food, learning, disaster resilience and governance. The 80 students come from competitions known as “Global Impact Competitions” that are staged in over a dozen countries around the world, and once the arrive their stay is fully covered by a variety of corporate sponsors, with Google providing the largest fraction of support.

My conversation with Nicholas was fascinating, and I really enjoyed meeting him and some of the students at the program. One of the students was from Singapore, and I am interested in helping him launch a new Global Impact Competition here in Singapore. The ideas of the GSP resonated strongly with me, and our recent Yale-NUS Foundations of Science course featured two “Grand Challenge” exercises whereby our science students proposed solutions to problems related to the Anthropocene epoch (global warming and climate change) and in teams of four presented either “disruptive technologies” to help mitigate these problems, or detailed research projects to study and help understand some of the changes wrought by human civilization. I was really excited by the prospect of a 10-week, or even longer curriculum focused on such important projects, and am looking forward to further meetings with Singularity University in my upcoming sabbatical. Next summer I am looking forward to visiting the Global Solutions Program students and learning more – and hopefully bringing some of this futuristic thinking to our undergraduate curriculum at Yale-NUS College! 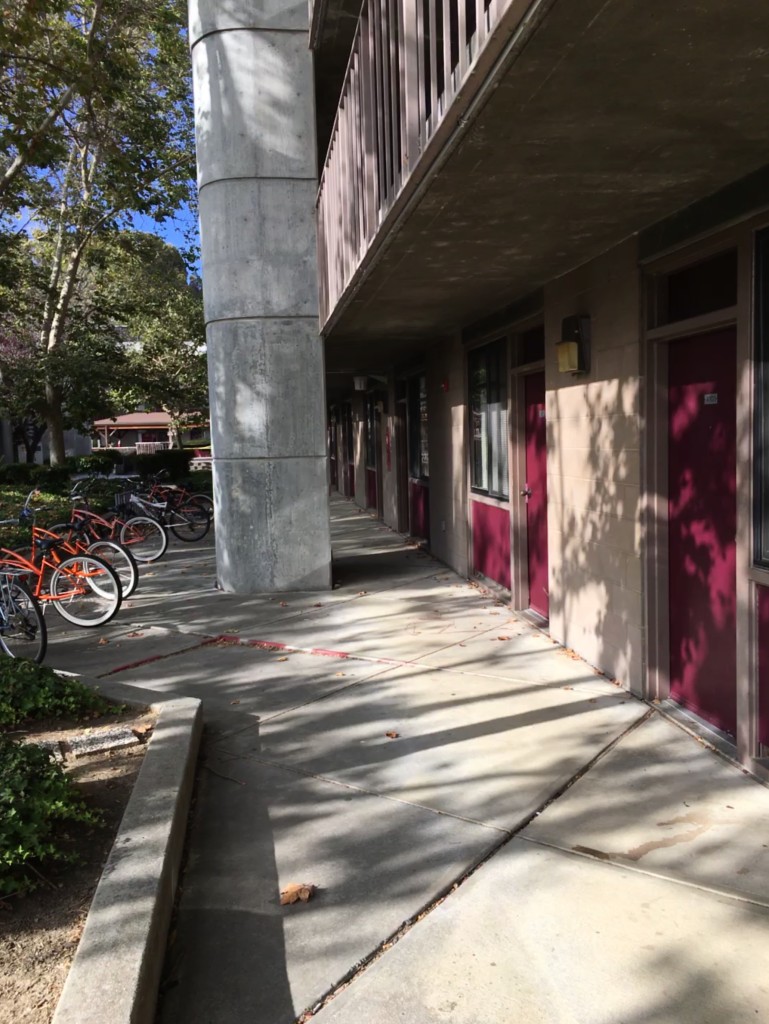 The Singularity University has nearby dorms so is able to offer a 10-week residential program known as the Global Solutions Program during the summer for 80 students selected from around the world. 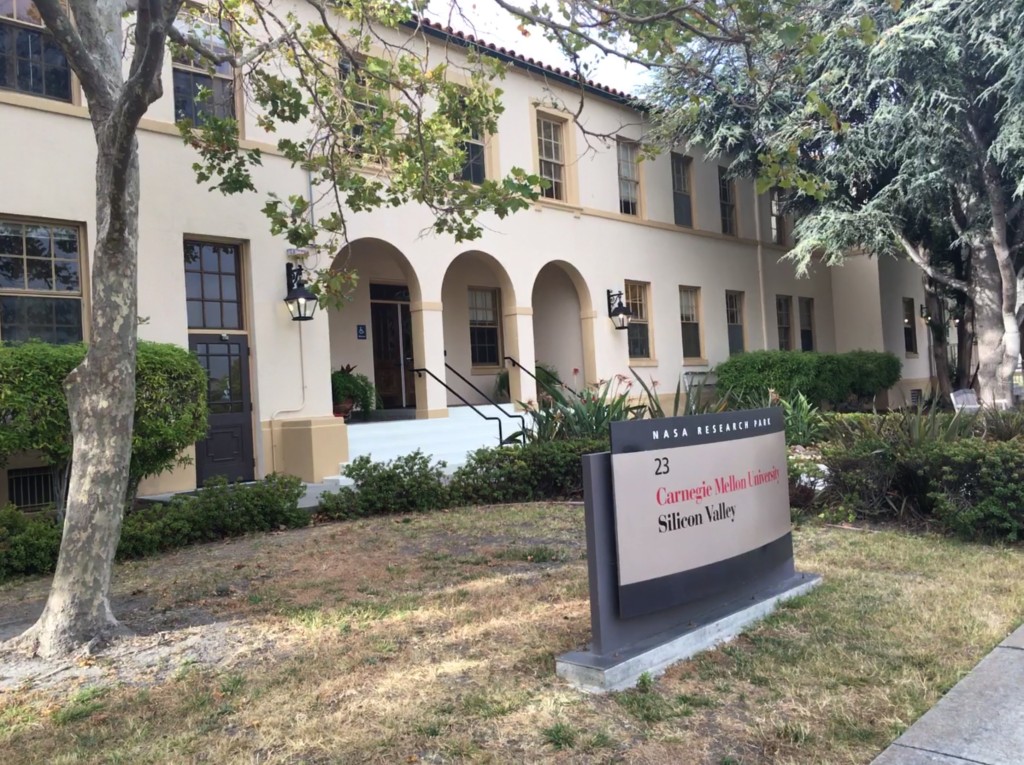 Next door to Singularity University’s administration building is the Carnegie Mellon University Silicon Valley headquarters. The growth of both of these centers could make the Ames research center an emerging center of a new type of higher education.