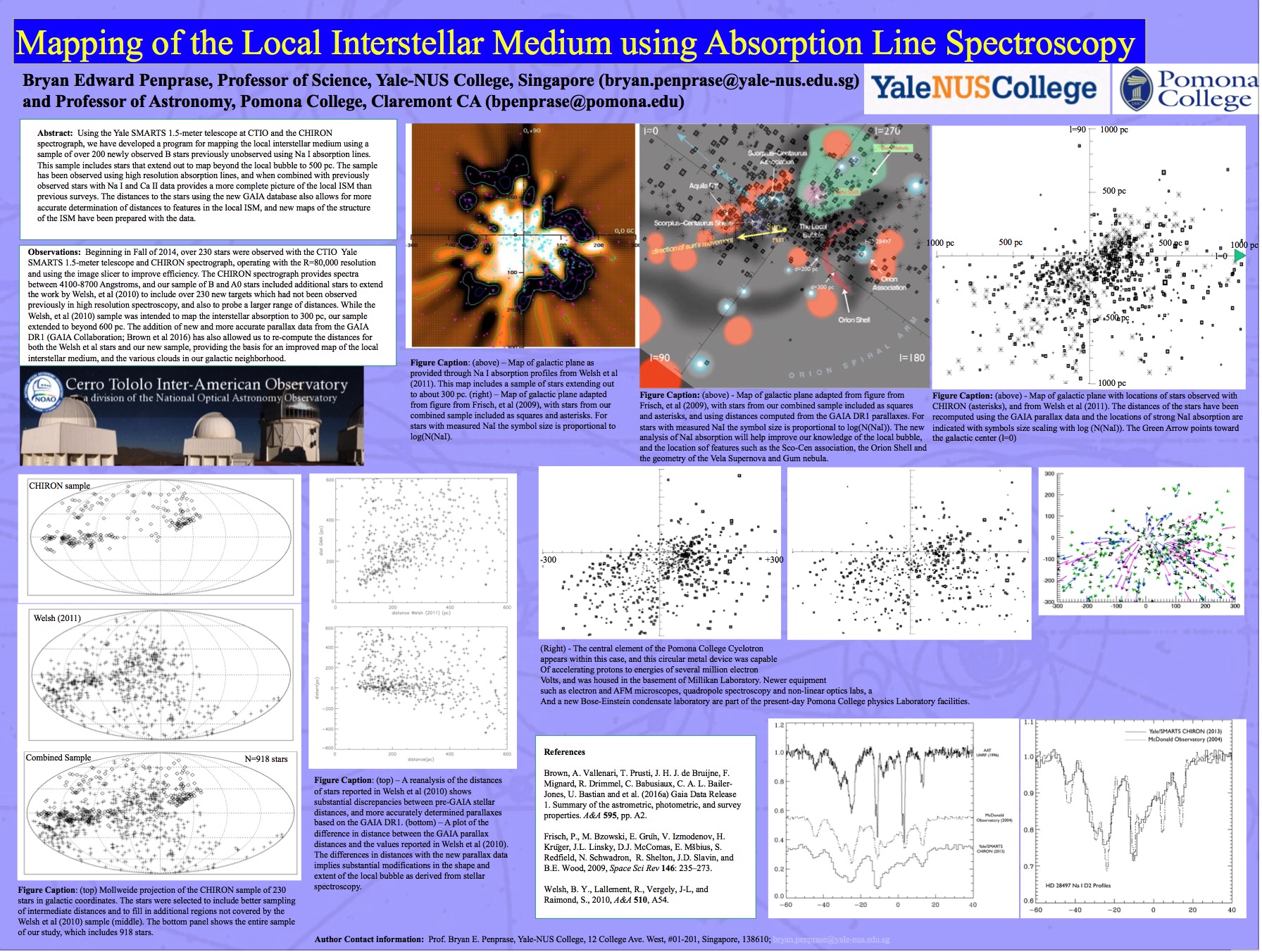 After a glorious holiday in Southern California, I presented a talk and a poster at the American Astronomical Society Meeting at the Gaylord Texan Resort in Sugarland, Texas. 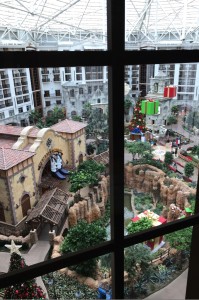 Our conference venue featured a miniature Alamo with a pair of gigantic cowboy booths, artificial rivers and trees, and of course a celebration of Christmas!

The meeting included a chance to learn more about what my former students had been doing – and it was wonderful to see how well they have progressed! At the meeting were Jason Rhodes (HMC ’94), who is now a chief project scientist at JPL for WFIRST and Euclid, and an amazingly nice guy; Alex and Lea Hagen (HMC ’11), who are just now finishing their PhD’s at Penn State and now world experts in interstellar extinction and galaxies, and Cameron Hummels (POM ’01), who is a postdoctoral scholar at Caltech, and author of an amazing software package for simulating quasar absorption lines from hydrodynamics data.

My presentation was a talk about the ZTF Educational programs, and more specifically our ZTF Summer Undergraduate Institute, where we take about 15 undergraduate astronomy researchers from across the country (and several countries) and form a tightly bonded cohort of future astrophysicists as they attend technical talks from Caltech professors and technicians, tour the Caltech optical laboratories, do hands-on experiments with Python, and observe with the Mt. Wilson 60″ and Palomar 200″ telescopes. Along the way we also have a banquet at the Atheneum at Caltech with a famous speaker (last year it was Aditya Sood (POM ’97), a former student and producer of the movie The Martian). We also have a lot of fun with competitive “scavenger hunts” on both Caltech and Pomona campuses, and a number of creative projects with the students. This Institute will be in its third year this year, and I have been very grateful for the help from Eric Bellm, ZTF project scientist, and a great group of Caltech postdocs, professors and engineers who supported the project, and others like Jay Pasachoff, Aditya Sood, and Sean Carroll, who have been part of our Undergraduate Institute. You can see my talk below as a PDF file. 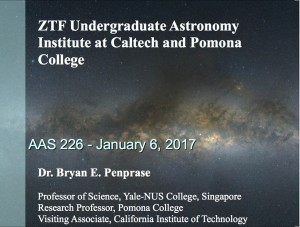 My other presentation presented my new research on spectroscopy of the local interstellar medium, which includes a new survey of Na I absorption to map the structure of the local galaxy. This project was conducted at Yale-NUS College using the Yale SMARTS 1.5-meter telescope and CHIRON spectrograph to observe the amount of interstellar dust and gas toward over 300 hot stars within about 600 parsecs of our location, to map out the structures and clouds that comprise the “local bubble” and other nearby star-forming region. One very nice new feature from this project is the release a few months ago of nearly a billion stellar parallaxes from the GAIA spacecraft. The parallaxes have enabled me to determine with unprecedented accuracy the distances to our various stars, and by combining our catalog of 300 stars with a larger sample in the astrophysics literature, we have the capacity to provide a map of the local interstellar medium, with unprecedented accuracy and depth.  The survey and some of the preliminary results were described in my poster, which is below in both PPT and PDF formats. 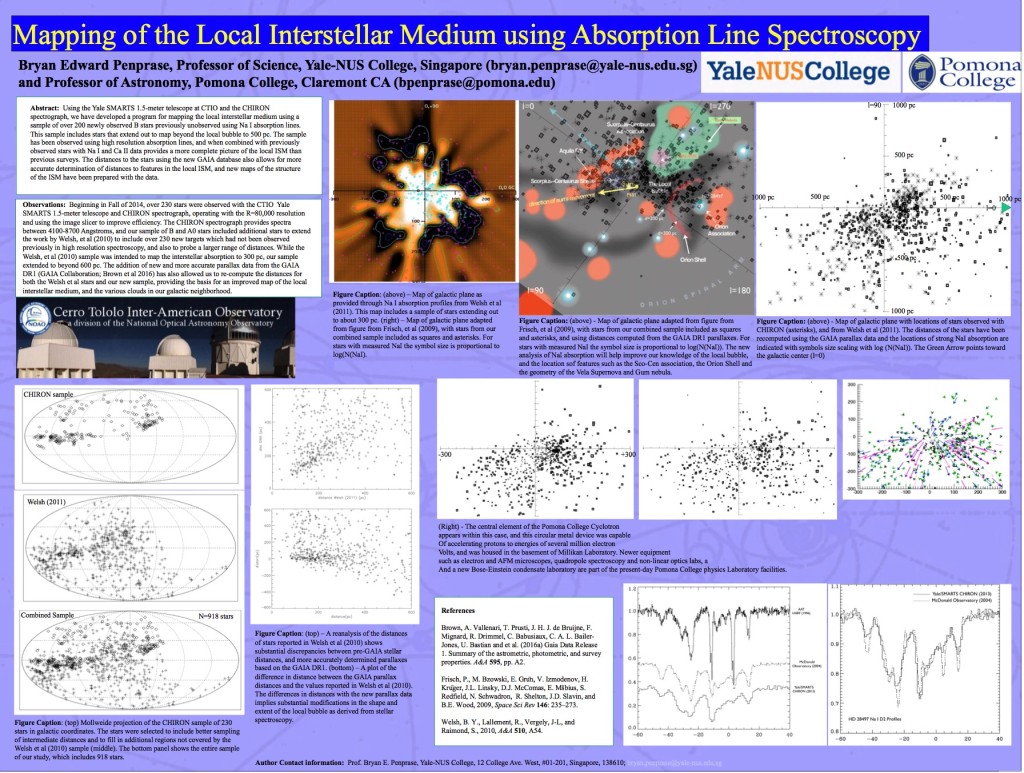 Then just for fun, I include some of the pictures from the event, which is a mix of exhibitor booths, photos of the venues, and interesting slides from the talks I attended. Some of the talks I found most interesting were on primordial abundances as measured from quasar absorption lines (one of my other research programs), and a program known as “Science for Monks” that pairs scientists with Tibetan Buddhist monks for an intensive dialog on science and knowledge. In that talk, given by Tenzen, there was also a very nice depiction of Buddhist Cosmology that provides a detailed structure of that universe – something relevant to my book The Power of Stars, which is soon out in a new edition!  Lots of interesting talks, people, and gadgets at the Astronomical Society meeting!

I also include these pictures in groups – Gadgets (equipment and telescopes of interest for Yale-NUS), Telescopes and Observatories (new initiatives in time-domain astronomy relevant to my ZTF work) and Ideas (Science talks about spectroscopy, and books of interest).

Gadgets  – I am interested in getting new observatory capabilities for our Yale-NUS College, despite the terrible weather here in Singapore. My plan would be to get a small 14″ telescope which could be operated remotely, and test it on campus at Yale-NUS, then try to relocate it to a dark site in Malaysia or Thailand. If all else fails, there is a great radio telescope system available – which would be perfect for Singapore’s weather! 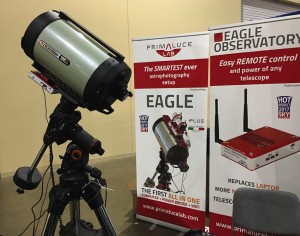 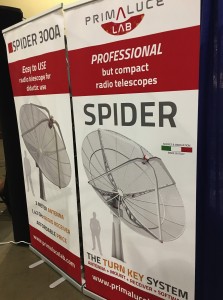 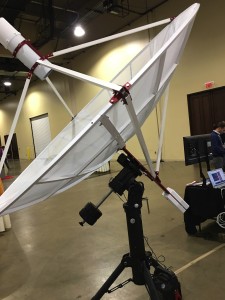 Telescopes – The small satellite known as CUTIE – designed by Brad Cenko for observing the universe in the UV is intriguing; also the EXPRES spectrograph for the 4.3-meter Discovery Channel Telescope – used by Deborah Fisher for exoplanet work at Yale. I also am a big fan of new robotic telescopes and saw great talks by the ASASN group, the U. of Hawaii ATLAS project ( a new pair of 0.5-meter survey telescopes), and of course the Las Cumbres Observatory with its amazing global network of 0.4, 1.0 and 2.0 meter telescopes. Below are some images from those talks. 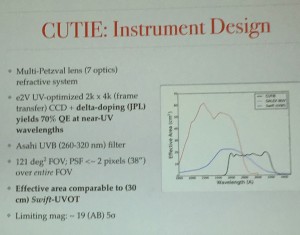 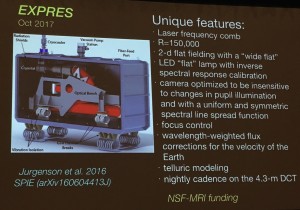 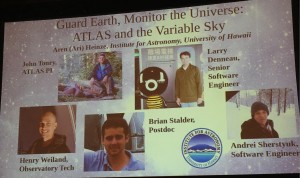 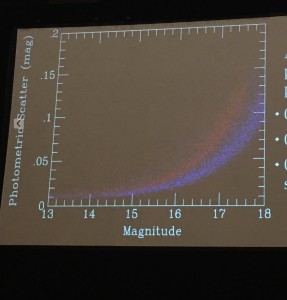 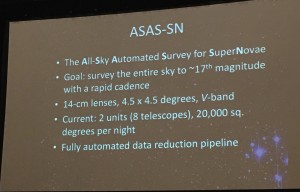 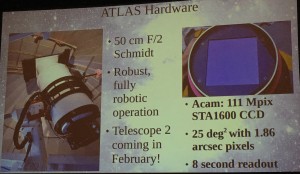 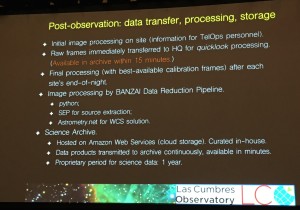 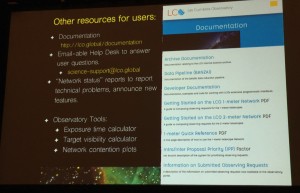 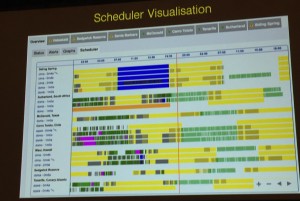 Ideas – Among the many interesting talks I attended, included one on new measurements of alpha-element enhancement in quasar absorption lines, which shows interesting variations of C/alpha at low metallicities, very nice Python packages for spectral typing of stars and for simulating QSO spectra, some nice results from the ZTF group, including a good talk about findings from PTF that may include a SMBH disruption event, and other interesting core-collapse supernovae, the Harvard Observing Project, which provides research observing experience for Harvard students who may not otherwise be involved in physics or astronomy (thereby encouraging them to join STEM fields), and an intriguing new book by Roger Penrose. Below are some images of those topics. 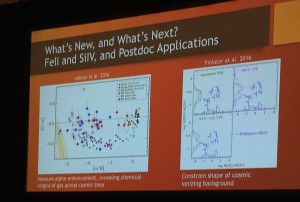 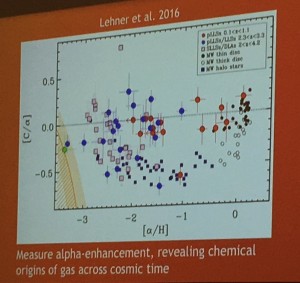 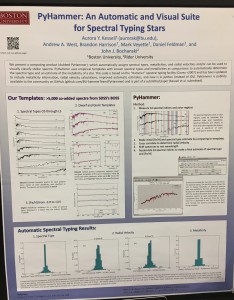 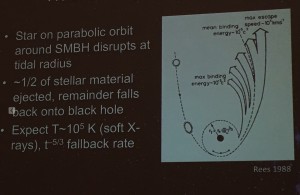 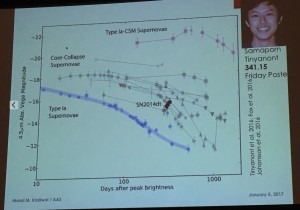 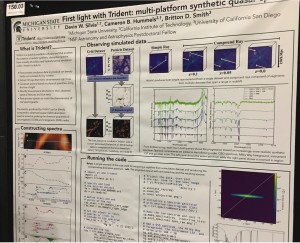 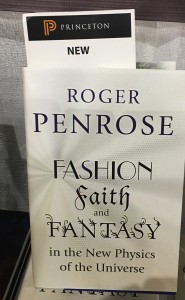